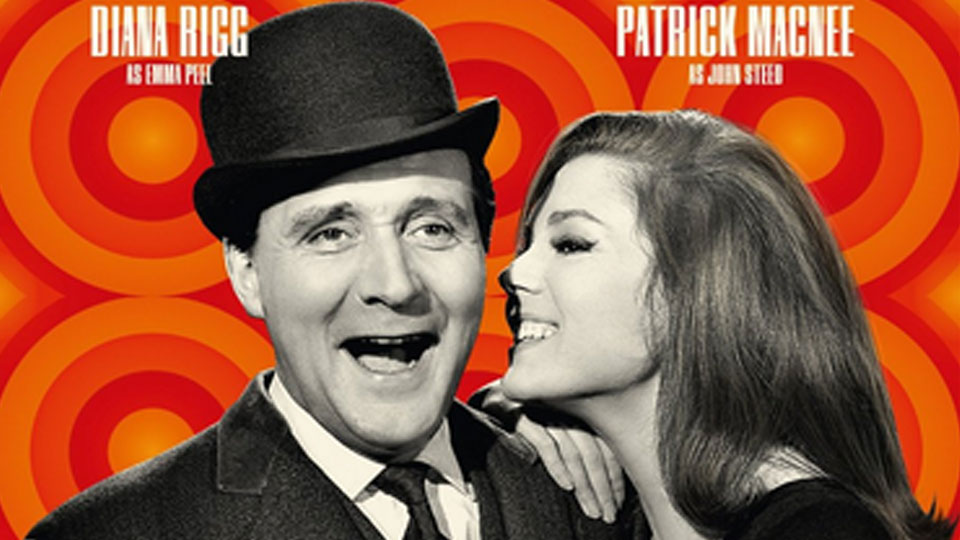 The Avengers is pretty much the most fun you can ever hope to have watching TV, and this welcome release of its fourth series in high definition is a must-have. Running throughout most of the decade, no other series managed to encapsulate the ethos of the Swinging Sixties quite as successfully as The Avengers, and it ranks amongst the cream of the crop of British television drama.

Part of the continual appeal of the Avengers is its principal cast. It stars Patrick Macnee as the bowler hat-wearing, umbrella-carrying John Steed – a relic of the British establishment that had disintegrated after WWI and was all but dead by the 1960s. Behind the stuffy exterior though lies a thoroughly modern man: charming, dangerous and on board with feminism. His sidekick is a smart, sexy woman who’s more than capable of looking after herself. This series introduces Diana Rigg as the iconic character Emma Peel, and the chemistry and ease between the two leads arguably exceeds that of Steed alongside Peel’s more combative predecessor, Cathy Gale (Honor Blackman).

This is the first time the fourth series has been released on Blu-ray and the earlier three series would not be worth owning in high-definition since they were shot on tape. This series saw a huge increase in budget that allowed the producers to make it on film. The fourth series is unique in that it is the only filmed series that was made in black and white. Future ones were entirely shot in colour. This series also introduced extensive location filming, which allowed The Avengers to break free of the studio and make its stamp on the stately homes and picturesque English villages hiding dark secrets that later became synonymous with the show.

Aficionados will probably be attracted to this release for its immaculately clean transfer, leaving this the best you’ll ever see The Avengers. There are also tonnes of extras across all seven discs that offer hours of entertainment above and beyond the twenty-six complete episodes. Rigg aficionados can see one of her early television appearances in The Hothouse, a television play written by and starring Donald Churchill. It also features Harry H. Corbett (Steptoe and Son). The grainy video footage is a startling reminder of just how spotless the film prints are for the feature series. The recently-deceased series creator, who also wrote many of the episodes, Brian Clemens, can be heard on a commentary for the opening episode, which is lifted from an earlier DVD release. It also features director Roy Ward Baker, also now deceased. Writers Robert Banks Stewart and Roger Marshall, as well as directors Gerry O’Hara and Don Leaver also provide commentaries on selected episodes, offering unique insight into the production.

For the uninitiated, the episodes themselves will be the main draw, and they showcase the breadth of imagination the format of the series allowed for. It opens with The Town of No Return, in which John Steed and new sidekick Emma Peel visit the sleepy seaside town of Little Bazeley, home to the pub The Inebriated Gremlin. Previous agents have paid a visit and disappeared. Could something sinister be going on? And can it relate to the apparently deserted airbase nearby? The location filming, especially at the creepy decaying airfield adds greatly to the menace of the piece, and the actors play straight what’s really a fanciful plot. Cult TV fans will enjoy a guest appearance from Juliet Harmer, only a few years before she became sidekick to the BBC’s (failed) attempt to rival The Avengers: Adam Adamant Lives! There’s also an appearance by Patrick Newell, who would return to the Avengers not long afterwards in the regular role of Mother.

The series veers close to science-fiction with The Cybernauts, which sees an electronics genius creating sinister robots capable of killing a human with one blow of their arm. Michael Gough, a familiar face for over fifty years on British screens, is a big-name guest actor as disabled genius (60s TV was never shy of a cliché) Dr Armstrong. The Avengers normally walked a fine line between the plausible and the daft, but mostly stayed the right side of the outright incredible. However, there are daft episodes, such as Too Many Christmas Trees (in which telepathy is used to kill agents), which overstep the mark.

The Avengers was undoubtedly at its best when the agents uncover a nefarious plot hiding behind apparent respectability. This story finds an outlet in The Murder Market, in which Patrick Cargill’s lonely hearts’ club leaves Cupid’s Arrow leaving fatal wounds; and Honey For The Prince, in which Ron Moody (only a few years before his iconic turn as Fagin in Oliver!) turns out to not realise quite how far his fantasy business can be taken.

A few individual episodes stand out. The House That Jack Built sidelines Macnee and allows Rigg to carry the majority of the episode as she appears to inherit a country estate, only to find that the house has had a few moderations as she finds herself trapped inside a labyrinth and at the mercy of the owner. It may well have inspired the ill-advised 1990s big screen adaptation.  Peter Wyngarde (Jason King) stars in A Touch of Brimstone, which features Diana Rigg in a kinky Queen of Sin costume in which she flashes much of her bottom – for some reason a big hit with viewers. Wyngarde’s deliciously saucy performance, the secret underground club, the Regency dress and the whip fights leaves this episode the kinkiest of the entire run. Check out also The Hour That Never Was, which plays to all of The Avengers’ strengths. It has location filming at a gloomy RAF base and a plot that intrigues as it appears to make no sense: a somewhat daft resolution doesn’t diminish the clever slow build of tension. The episode guest stars Gerald Harper (Adam Adamant Lives!) and the always-brilliant Roy Kinnear.

Overall, The Avengers series 4 is a magnificent release and contains some of the best television ever made looking sharp, pristine and perennially entertaining. Bring on Series 5.