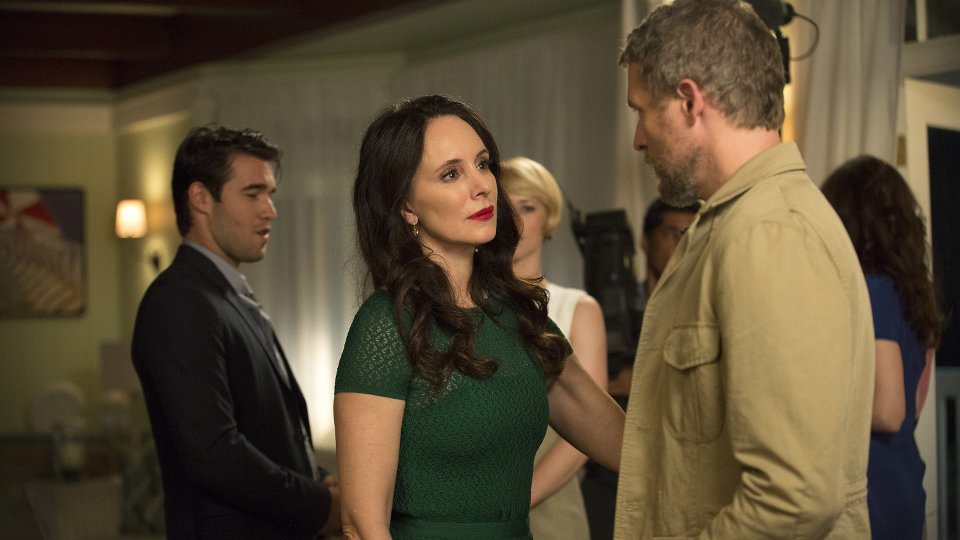 David Clarke (James Tupper) ensured that his identity was revealed to the world in the latest episode of Revenge.

The previously thought dead David enjoyed a bit of shoplifting which led to his arrest and the truth about his identity coming out. He used the opportunity to blame Conrad (Henry Czerny) for faking his death and held a press conference with Victoria (Madeleine Stowe) and Charlotte (Christa B. Allen) stood by his side.

Emily (Emily VanCamp) wasn’t happy to see her father in Victoria’s clutches and was angry with Nolan (Gabriel Mann) for reporting the break-in by David to the police. Elsewhere Louise (Elena Satine) continued to manipulate Daniel (Josh Bowman) and hired him to look after her wealth.

The next episode of the season is Repercussions. With David Clarke back in the headlines and Victoria in control, Emily finds that she needs a new strategy to orchestrate a reunion with her father.