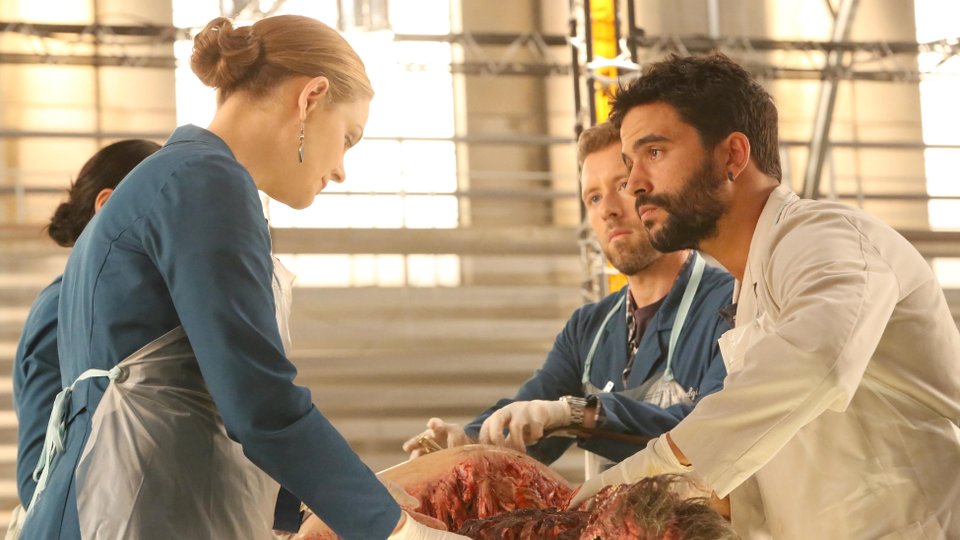 The Bones team clubbed together to solve Sweets’ (John Francis Daley) murder and put an end to the FBI conspiracy that resulted in Booth (David Boreanaz) winding up behind bars.

In the latest episode Brennan (Emily Deschanel) and the squints continued to investigate the link between Durant (JD Cullum) and the death of Cooper. They eventually managed to prove that it was Durant who was behind the conspiracy as he had hidden classified files that he was using to blackmail people to his own advantage. Sweets was an innocent victim caught in the crossfire.

The end of the episode was emotional as Brennan and her team, including a very pregnant Daisy (Carla Gallo) said their final goodbyes to Sweets.

The next episode of the season is The Purging of the Pundit. The half-eaten body of a controversial radio host leads the team to a sordid secret. Meanwhile, Booth struggles to deal with recent events.