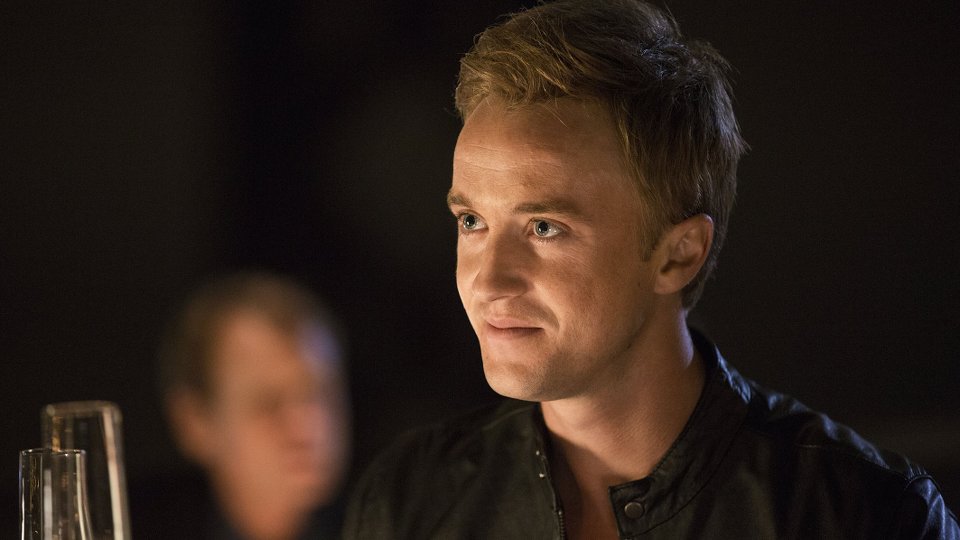 Murder in the First kicked off on Friday night in the UK and we’re already counting down to the next episode.

The new crime drama stars Taye Diggs and Kathleen Robertson as detectives Terry English and Hildy Mulligan. In the opening episode of the season they investigated the death of a man shot in a drug den. Their investigation lead them to tech wiz and self-made billionaire Erich Blunt (Tom Felton) who was the man’s son.

Dragging Erich further into trouble was the death of his flight attendant who is found naked at the bottom of a flight of stairs not long after he fired her. Did he have anything to do with her death?

The next episode of the season is The City of Sisterly Love. Terry and Hildy launch their investigation into the death of Erich’s flight attendant, but the case takes a twisty turn when autopsy results reveal a shocking secret.