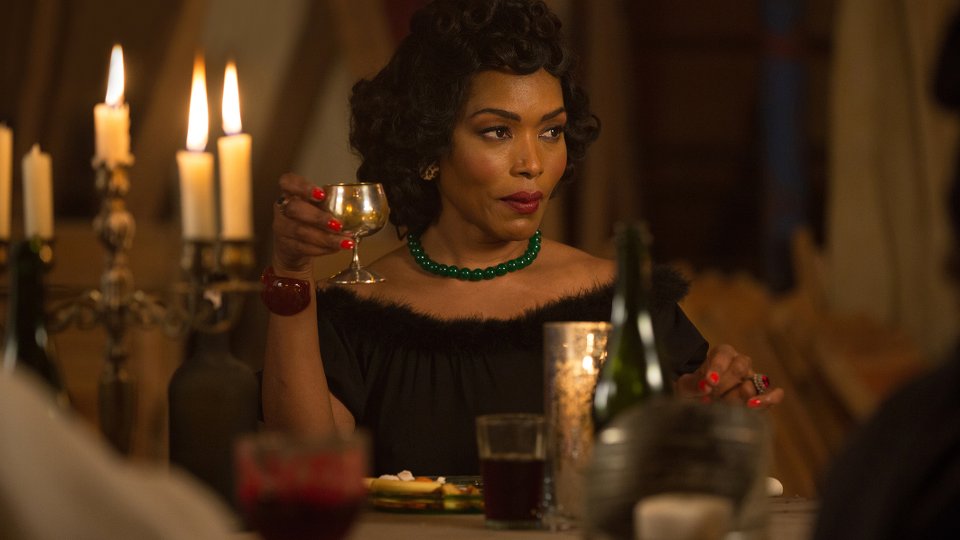 American Horror Story: Freak Show has almost reached it’s conclusion and if the death rate continues the way it has the last few episodes there’ll be no one left.

In the latest episode of the horror series traveling salesman/aspiring magician and ventriloquist Chester (Neil Patrick Harris) arrived at the Freak Show. He convinced Elsa (Jessica Lange) to let him warm the crowd up before shows and invited Bette and Dot (Sarah Paulson) to be his assistant. Pleased to have his attention, the twins lost their virginity to Chester after searching for the perfect man to sleep with.

What they didn’t know is that Chester has a dark secret involving his ventriloquist dummy Marjorie (Jamie Brewer) who speaks to him and has uncontrollably jealous. It was revealed that Marjorie murdered Chester’s wife and her female lover. Making things worse, Dandy (Finn Wittrock) hired a private detective to follow the twins and discovered Chester’s secret in the process.

Elsewhere in the episode Stanley (Denis O’Hare) amputated both of Jimmy’s (Evan Peters) hands to make money, Dell (Michael Chiklis) intercepted Jimmy on the way back to prison and rescued him killing two cops in the process, and Maggie (Emma Roberts) told Elsa the truth about Ma Petite (Jyoti Amge) was up to.

Once Elsa and Desiree (Angela Bassett) knew what Dell had done, Desiree confronted him and Elsa shot him in the head.

The penultimate episode of the season is Show Stopper. Dandy gives the Twins troubling information about Chester. Maggie vows to prove her loyalty to Jimmy. The Freaks enforce their harsh code of justice.

Tune in to FOX HD at 10pm on Monday to see the episode. Preview it with our gallery below: