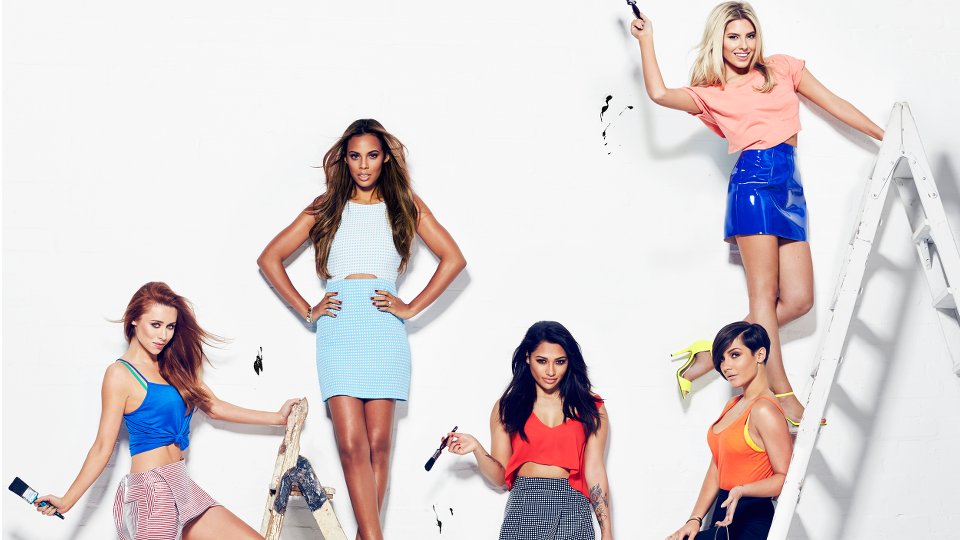 Since their debut in 2008 The Saturdays have released 18 singles, 13 of which have hit the Top 10, and 5 albums. Their latest album Living For The Weekend was released last autumn and peaked at number 10 in the charts. Now less than a year later the group are releasing their first greatest hits collection Finest Selection: The Greatest Hits which was preceded by new single What Are You Waiting For?

The Saturdays have turned out some strong pop hits in their time and Finest Selection is actually a pretty cohesive and poptastic collection of songs. Opening with the group’s only number 1 single so far What About Us featuring Sean Paul, the collection cycles through all of their singles and throws in a handful of new tracks too.

As a singles band The Saturdays have been pretty consistent with each song matching the quality of their last. Over the past 6 years the band has discovered that their fans don’t really care for ballads instead preferring more uptempo numbers that marry electronic-beats with shimmering pop melodies. Highlights on the collection include the mighty Up, the chunky dancefloor sound of Notorious and the futuristic pop of All Fired Up.

For a while it looked like The Saturdays were going to be the next big girl band and natural successors to Girls Aloud. Their 2008 debut album Chasing Lights hit platinum but every album after that has struggled to make much of an impact. The girls have opted to enter into the world of celebrity rather than concentrating on their music with brand endorsements and celebrity boyfriends getting more column inches than their music.

Finest Selection does a good job of reminding you just how many hits the girls have had so far and less memorable singles such as Forever Is Over, Missing You and Issues will make a welcome return into your playlist of pop classics. Honestly we don’t even mind the ballads with Issues and the soaring My Heart Takes Over providing suitable sing-a-long fodder.

The new tracks offer little new with 808, Walking Through The Desert and What Are You Waiting For? sitting comfortably in the band’s comfort zone. They work well with the tracklist but you won’t be dying to hit the repeat button once they’re finished.

Finest Selection: The Greatest Hits is a solid pop record and you’ll be surprised just how many singles from The Saturdays you know. The girls have stated that they have another album on the way and this isn’t the end but the less than stellar performance of Finest Selection so far suggests that it may be time for the group to call it a day. Maybe Frankie’s appearance on the new series of Strictly Come Dancing can turn things round for the group? We suggest getting a copy of Finest Selection, dancing your socks off and enjoying the group’s best moments.

Advertisement. Scroll to continue reading.
In this article:The Saturdays