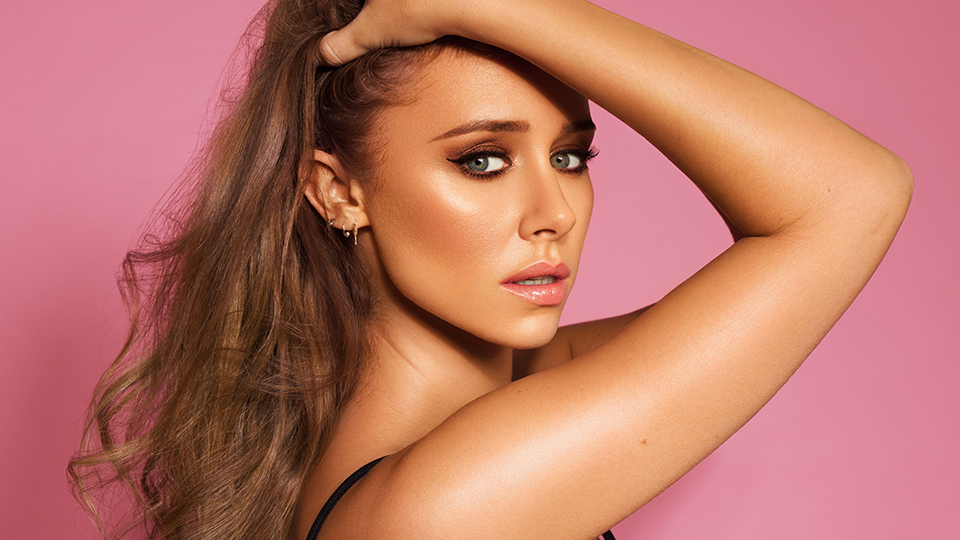 Una Healy is best known as a member of girl band The Saturdays, who’ve sold over seven million records in the UK and racked up thirteen top ten hits.

However, since the group went on hiatus in 2015, Healy has been carving out a career for herself as a country artist. She released her debut solo album, The Waiting Game, in 2017, and has duetted with artists including Nashville star Sam Palladio and Brett Young. Now she’s back with new single Never See Me Cry and will hit the road for her first solo headline tour this summer.

I caught up with Una recently to talk about her latest single, performing at C2C: Country to Country and the song she wishes she’d written. Read on to find out more…

Tell us more about your new song, Never See Me Cry…

Yeah, it’s quite different to some of my other tracks but it’s still very me. It’s a song that I wrote last summer actually. The whole song was just there in my head and I just couldn’t wait to get into the studio. I co-wrote it with Nick Atkinson and Edd Holloway, who I’ve worked with on the first album – they did Staring At The Moon with me and The Waiting Game, so it was quite nice to go back to people that I knew. We just wanted to evolve the sound a bit as well. I think with every album you kind of need to slightly reinvent yourself, and I just really wanted to bring out something really empowering and uplifting and just fun and uptempo. So that’s where it came from.

You’ve mentioned it’s quite a departure from the previous record – was that something you consciously wanted to do or did it just evolve that way?

It kind of evolved that way, but it was just a side of me that I’ve always wanted to bring out. I love that kind of more pop-rock sound. It’s still got the country sound in there – it’s just more country-pop, I guess, than mainstream country. But I’m just hoping that it’s still not gonna alienate anyone that might have liked my first album. It still feels very true to being me but it’s just an extension of that.

You’ve also just announced your first headline tour in June – what can people who are going to see you perform expect?

Well yeah, I can’t wait. I can’t believe I’m doing my first ever tour which is really exciting. It’s lovely I’m getting to go round Ireland and the UK, but it’s just nice to start somewhere and hopefully I’ll extend that tour as well. I’m just gonna do tracks from the first album and then also from these new tracks I’ve been writing, because I’ve been writing for over a year now. There’ll be obviously the new single and just some new ones as well, maybe covers too. So just a good variation really of everything.

When you were with The Saturdays you obviously played some huge venues, whereas this tour is more smaller, intimate venues. Do you have a preference?

Well I think for the kind of music I’m doing, it’s very important that they’re in intimate venues. You can’t expect to start playing arenas when you’re starting out and this music still feels very new to a lot of people, so it’s the perfect place to hear it first-hand. And I really enjoy the intimate venues – not that I didn’t love what I did before with the bigger venues, but this is definitely the best place for start and for people to get to know the songs really well. For me personally I enjoy an intimate gig ahead of going to a big arena because the music gets a bit lost in the arena. So it’s gonna be a really lovely experience, very personal as well, and I’m looking forward to it.

You recently performed at C2C Festival – how did you find that?

Oh yeah, I loved it! I performed there last year as well. It’s just a really great atmosphere there and everyone’s all up to enjoy themselves and experience all the different genres within the country genre – there’s so many sub-genres. You could go round and some of it you might not even call country, but it has the storytelling side of the music, very melodic, and some of it’s quite heavy fairly rock music. But it’s just a great collection of real lovely live music.

You’ve mentioned that you’ve been writing new songs for a while now. Do you have a typical writing process?

Well I’ve got loads of ideas that I have in my phone – it’s full of them – and then I develop those ideas when I go into a writing session. So I’ve just been writing with loads of different people and I start playing my ideas to them and they either love it or they don’t, and I’ll move on to another one. But they’re all kind of ideas that I have originally and then I come in and play them and then we work on them. I do feel two heads are better than one and it might really involve into something you might not imagine. It could be an idea that was a ballad in your head but then it turns into something else. With this new single, Never See Me Cry, it was always sort of as it is in my head. That’s why I’m so pleased that I worked with these guys that totally get me and know the sound I’m going for.

What got you into music, and what made you decide you wanted to pursue it as a career?

I’ve loved music my whole life. Ever since I was a child I was singing, listening to Madonna, Michael Jackson, Kylie Minogue – singing and recording myself into a mike. And then when I was 12 I started playing guitar because my mum used to play and my uncle’s a country singer, and it kind of went on from there really. I started writing when I was 12 as well, kept writing throughout my teens and then I tried university and dropped out a few times because all I wanted to do was the music. So I decided to pursue that and bought a PA system and gigged around the country, just me and my guitar, and eventually auditioned for The Saturdays and that was like another six years of my life. It was a great experience but now I’ve gone back to the singer-songwriter path that I was starting out on.

Oh God, there’s so many brilliant songs out there! I studied this and I wish you could write something this genius, but Bohemian Rhapsody. So many different dimensions to it as well – it starts off like a ballad and then goes into a completely different place. I don’t know how many minutes it is but we studied it in school as part of my musicianship, and then I really grew to appreciate the amount that was in that song and lyrics and everything. So that was a masterpiece of popular music to me.

You recently worked with Brett Young on a version of his song In Case You Didn’t Know – what was that like?

Oh yeah, it was great. It was lovely to sing on that track. He had huge success with it in America, so when we did it over here it was lovely to be part of that with him and to do the duet version. Some people hadn’t heard the song at all – to them it’s always been a duet which is great. And I love that song, I love to sing it on my own now as well at gigs too.

Is there anyone else you’d like to duet with in future?

Yeah, I’d definitely love to continue to working with other artists. There isn’t anybody right now that I’ve been in the studio with – there’s potentially someone I might be collaborating with soon but you can never really say, because it might not actually happen. But I’m totally open to that. It’s lovely to come together in music.

If you could invite any three people to a dinner party, who would you invite?

Oh! Erm… Sheryl Crow – she’s my ultimate idol so need her there, she’d be my dream. I’d like to mix it up with loads of different varieties, so probably get Ricky Gervais to come because of his sense of humour. He’d probably just say something that everybody goes ‘I can’t believe you just said that’ but the awkward silences would be quite funny. And then who else? Maybe get Elvis there then, he’d be great as well. I wish I’d met him, he’d have some great stories.

Yeah, just continue writing – I’ve got lots of new songs ready to record. All the demos are done now but I’m still writing all the time. I’m not gonna stop writing, I just enjoy it so much and you can never have enough songs. I’m actually going in to re-record studio versions of the demos as well. And then the tour is next obviously, and then release more music and just see what happens.

Are there plans for another album any time soon?

Oh, definitely. That’s where I’m heading now with all these songs, so hopefully another album towards the end of the year.

Una Healy’s new single Never See Me Cry is available to stream and download now. Catch Una on her upcoming UK and Ireland tour on the following dates:

In this article:The Saturdays, Una Healy