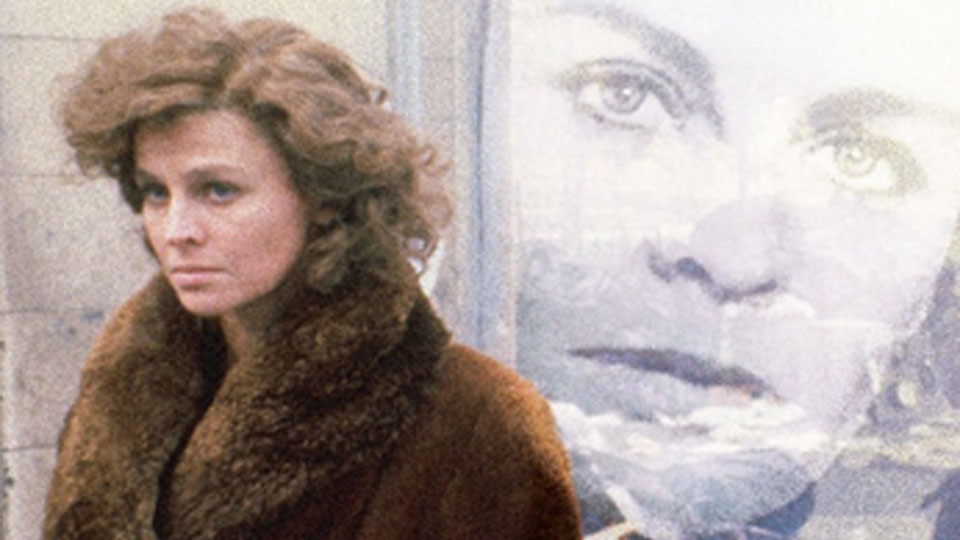 Memoirs of a Survivor is a 1981 British film starring Julie Christie (Doctor Zhivago, Don’t Look Now). It’s based on a 1974 novel by Doris Lessing, and surprisingly (given the literary bulk of the late author’s canon) it fits into the science-fiction genre. Christie plays an unnamed character who faces a dreary life in post-apocalyptic Britain where food and other resources are scarce, rubbish litters the streets, gangs of feral children roam and law and order has broken down. It is released by Network Distributing as part of their ‘The British Film’ collection.

Into her mundane life comes an orphan, Emily (Leonie Mellinger), whom she adopts. Whilst Emily attempts to lead a normal teenage life, hanging out with a gang, drinking and sleeping with the dashing young Gerald (Christopher Guard); Christie’s character keeps to herself, exploring an alternate reality when she discovers she can access the past (are the Victorians her ancestors?) through a wall in her flat.

The plot is thin. It’s more of a scenario than a story, and it’s played out over the course of almost two hours. The approach might work if the concepts were high and original. They are neither, leaving Memoirs of a Survivor feeling overly-long, drawn out, confusing and uninspiring.

The problem is that everything the movie does has been done better elsewhere. The BBC series Survivors (1975-77) had explored the consequences of an apocalypse on the remaining human population in detail. Memoirs of a Survivor establishes such a background, but then wants to use escapism to avoid tackling the subjects it flirts with.

The film seems to want to sustain itself on atmosphere alone, but this proves problematic because David Gladwell’s direction is flat, and perhaps it should come as no surprise that this is his best-known work from behind the camera. Gladwell has proven himself a very fine editor, including on the classic film “If….” by Lindsay Anderson. He doesn’t have the same flair as a director, and even Julie Christie, a remarkable actor, doesn’t shine as brightly as she usually does here. This is hardly her fault, since the film is devoid of a single rounded character, and it’s impossible to care about the fate of any of them since their actual predicaments, wants and needs are left so obscure.

Throw in over-used sex scenes, a naked child (what on earth is that meant to add?) and a room filled with an unexplained giant egg, and you have a gratuitous mess that isn’t worth your time or effort trying to decipher.

Extras on the disc comprise a theatrical trailer and image gallery.