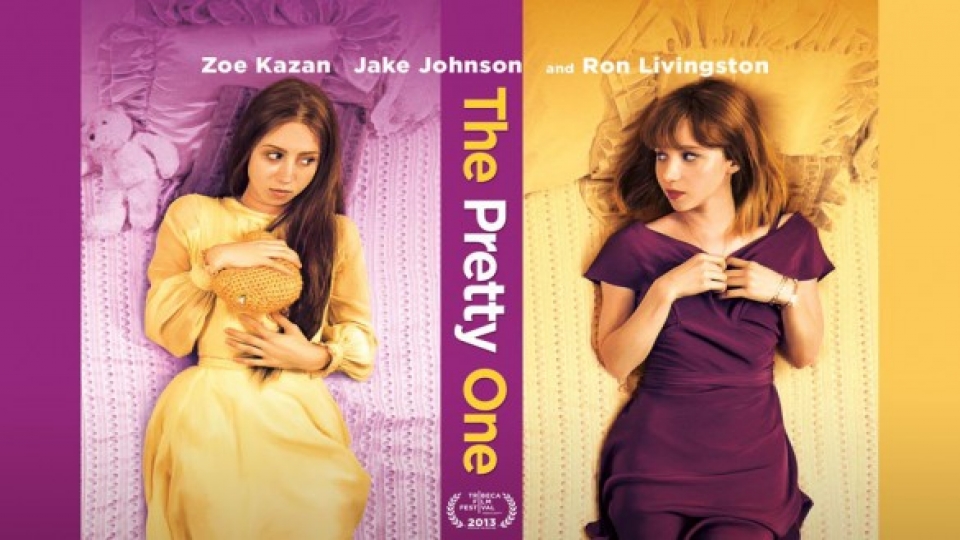 Laurel and Audrey (Zoe Kazan) are twin sisters who have gone on to lead very different lives. After their mother passed away, Audrey left home and made a new life for herself in the city. Laurel stayed at home and looked after their dad, whilst never really living life for herself. On the eve of their birthday, a personal tragedy offers one of the sisters an opportunity to change their life forever.

The Pretty One is a quirky, well made indie-drama with moments of genuine comedy. The oddball concept works well and the film asks some interesting questions about siblings, twins, the family dynamic, life’s aspirations and how one establishes their own identity.

The success of the film is mainly down to the always-amazing charms of Zoe Kazan. After really impressing in Ruby Sparks (which was her debut feature as a writer too), Kazan is easily one of the hottest young talents in Hollywood. Her inventiveness and quirk lends The Pretty One its emotional core and she is the biggest reason why the film works so well. Her double-role as both sisters also deserves huge credit because she manages to give both Laurel and Audrey very unique and personal traits.

Kazan shares a great chemistry with New Girl’s Jake Johnson, a guy who plays the same character in every film he’s in. But that’s not a detriment to the actor, as Johnson brings a relatable charm and humour to every project he tackles. He is frequently the best thing in New Girl and his turns in Safety Not Guaranteed and Drinking Buddies were superb. Their dynamic works very well, with Johnson given a really good opportunity to deliver some emotionally-driven drama alongside Kazan. The supporting cast are all good too with Ron Livingston the pick of the bunch as Audrey’s former lover.

The Pretty One is exactly the type of film you want to discover late one night, when you are looking for something a bit different. It’s an indie comedy-drama with a warm visual style and bags of confidence. It may end a bit abruptly but it’s refreshing to see a film that doesn’t feel the need to manufacture needless exposition or circumstance for the sake of it. Writer-Director Jenée LaMarque has done a great job bringing this tale to the screen and with Zoe Kazan  at the heart of the movie, it was always going to work.