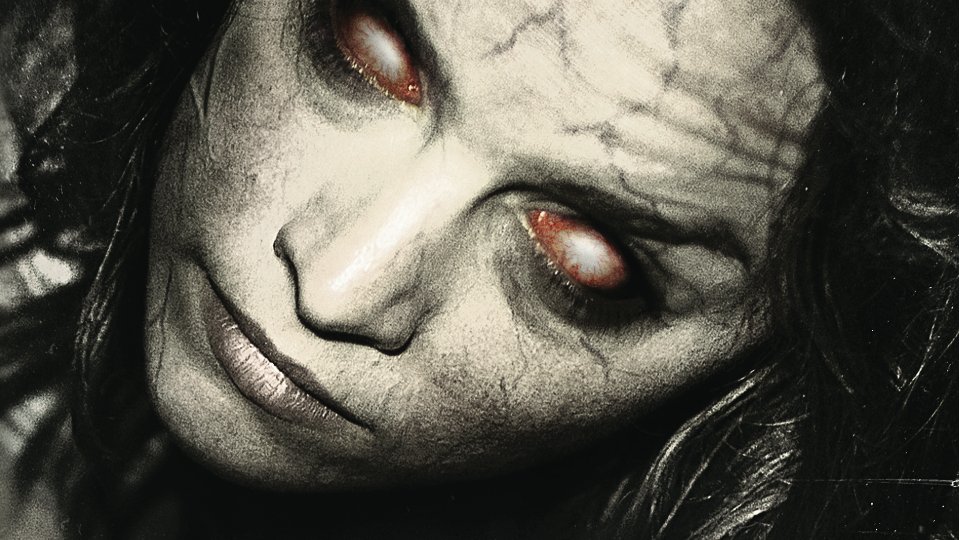 Zach (Zach Gilford) and Sam (Allison Miller) McCall head to the Dominican Republic for their honeymoon following their recent marriage. On their last night they are taken to an underground club by a friendly taxi driver and wake up in their hotel the next morning with no recollection of how they got there. Once they return home Sam discovers that she’s pregnant, which comes as a surprise to her and Zach, and soon the pregnancy starts making her exhibit unusual behaviour.

Devil’s Due is the latest in a long-line of amateur-footage style movies that are cashing in on the huge success of the Paranormal Activity franchise. Before we watched the movie we have to admit that our expectations were lowered significantly due to the mostly stinking reviews it received during its theatrical release. We think those low expectations actually helped as we really enjoyed this low budget but effective horror movie.

Whilst there’s absolutely nothing new about the premise of the movie – devil baby stories have been done to death and a lot better – there’s no denying this film will have you on edge throughout. What it lacks in originality it makes up for with a surprisingly creepy storyline and plenty of intense moments. It follows the less-is-more school of thought, which is actually one of its strengths. The majority of the horror is kept out of view making it a quietly disconcerting and pretty scary movie.

All of the footage has been filmed through either hand-held cameras or static surveillance cameras. Again this is nothing particularly new or original but it adds to the overall creepy feel of the movie. The switch between the types of camera is pretty effective too keeping you interested in what unfolds on the screen.

The lead performances by Zach Gilford and Allison Miller are impressively strong considering this type of movie isn’t often known for good performances. Both actors are known-names (also unusual for this kind of movie) and they bring believability to their characters. We believe they are a newly-wed couple and we want them to defeat the evil that is battling to tear them apart. Pretty Little Liars fans should also keep their eyes peeled for Vanessa Ray who has a supporting role as Zach’s sister Suzie.

Devil’s Due should be an absolutely terrible movie and if you listen to the majority of reviews they will tell you it is. If you take it for what it is, Devil’s Due is a surprisingly effective and suitably creepy way to spend 85 minutes. The movie doesn’t outstay it’s welcome and whilst it doesn’t offer anything particularly new to the horror genre it’s an enjoyable romp that is better than you’ll be expecting it to be.