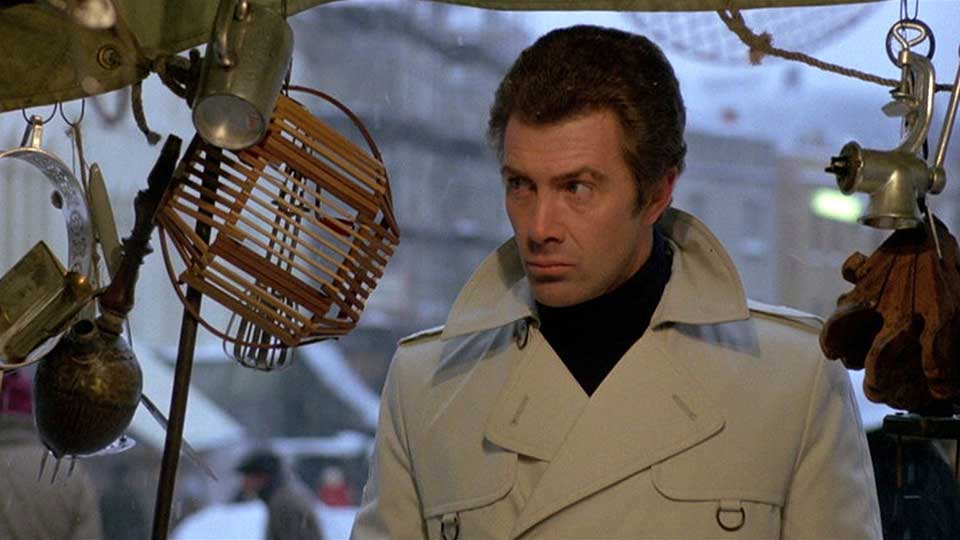 Often considered a cult British classic, the 1982 political thriller Who Dares Wins has always had its admirers (not least Stanley Kubrick and Ronald Reagan). The showcase for the daredevil work of the SAS – whose motto forms the movie’s title – can now be enjoyed by a whole new audience thanks to its release on Blu-ray and DVD by Fabulous Films.

Inspired by the historical events of the Iranian Embassy siege in London in 1980, Who Dares Wins follows the story of SAS operative Peter Skellen (Lewis Collins). Deep undercover, Skellen is on a mission to find out what a dangerous group of terrorists fronting an anti-nuclear power organisation called the People’s Lobby are planning. Unable to contact his wife and young daughter, and even apparently forced out of the SAS for torturing foreign operatives, Skellen is truly a man on his own. He infiltrates the People’s Lobby by seducing its leader, Frankie (Judy Davis). But when their romance comes to light, the tight-knit group are quickly suspicious, placing him in danger. When the plot to seize the US Embassy during a conference emerges, taking VIP diplomats hostage in the process, Skellen finds himself a man on the inside, with his family held hostage on the outside.

The movie is produced by Euan Lloyd, whose earlier credits included the Sunday afternoon favourites The Wild Geese and The Sea Wolves. Who Dares Wins is in the same rich vein of high-octane, testosterone-driven flicks of unremitting entertainment value.

A box-office success at the time, Who Dares Wins ought to have carved out a stellar career for Lewis Collins, who was already a massive star thanks to his role opposite Martin Shaw in The Professionals on television. A real-life hard man, Collins tried out for the SAS and was good enough to make the grade. He even auditioned for James Bond, and it’s clear he would have had the grit and thuggery of Timothy Dalton’s portrayal, but Cubby Broccoli found him a touch too much of a blunt instrument back in the Roger Moore era. Collins’ star sadly waned from the 1990s, but Who Dares Wins is a lasting testament to his talents, and the easy charm and handsome good looks he brought to the screen. Ahead of its time, Who Dares Wins features strong female villains. Judy Davis is intriguing as the ideologue Frankie – we’ve all met people just like her – and her chemistry with Collins is a factor in the film’s success.

The rest of the cast is like a Who’s Who? of top talent from both sides of the pond. John Duttine, who had recently starred in the best production of The Day of the Triffids, is excellent as a nerdy, rabble-rousing terrorist and Frankie’s sidekick. Edward Woodward (Callan/The Wicker Man) is typically rock-solid and authoritative as the police commander and chief negotiator. Versatile Irish actor Tony Doyle, who found considerable fame in his final role in Ballykissangel, is on top form as an SAS colonel, and Scottish actor Maurice Roeves is, as always, an assured presence as an army major. Look out also for Ingrid Pitt as a terrorist, and a predictably amusing cameo by Kenneth Griffith, here playing a mad bishop. Dependable American actors Richard Widmark and Robert Webber add a certain gravitas to the hostage scenario.

The film’s main fault is that it takes rather a long time laying its cards on the table, and the first hour is a touch ponderous. There isn’t too much fat on the bone, but there is a feeling that some details are laboured, such as the overlong sequences inside the People’s Lobby nightclub, and the number of times Skellen gives people the slip to meet his contact. However, nobody leaves the film dwelling on its overly-detailed first half. The final half hour is scintillating stuff, and a text book example of how to cut together action sequences and keep the suspense at maximum. With the rise of self-righteous organisations such as the People’s Vote and Extinction Rebellion, it’s plausible enough to see these groups infiltrated by militants for their own ends, which makes the story relevant for today. Who Dares Wins is a reminder of how the British state is well-placed to react to any such a terrorist plot, and why the SAS enjoys worldwide reverence for their ruthless professionalism.

Who Dares Wins is terrific entertainment, and it showcases a good range of performances from notable British and American talent. It’s the kind of film that doesn’t demand too much of its audience’e grey cells, but is nevertheless more intelligently-written than any detractors might think. Other than a few stodgy moments, Who Dares Wins is solid and a lot of fun. The Blu-ray edition probably doesn’t scrub up quite as magnificently as some impressive restorations have achieved, so the DVD may be sufficient for visual purists. The extra on the disc is a cinematic trailer. If you’ve never seen it and you enjoy classic British action movies – add Who Dares Wins to your list.