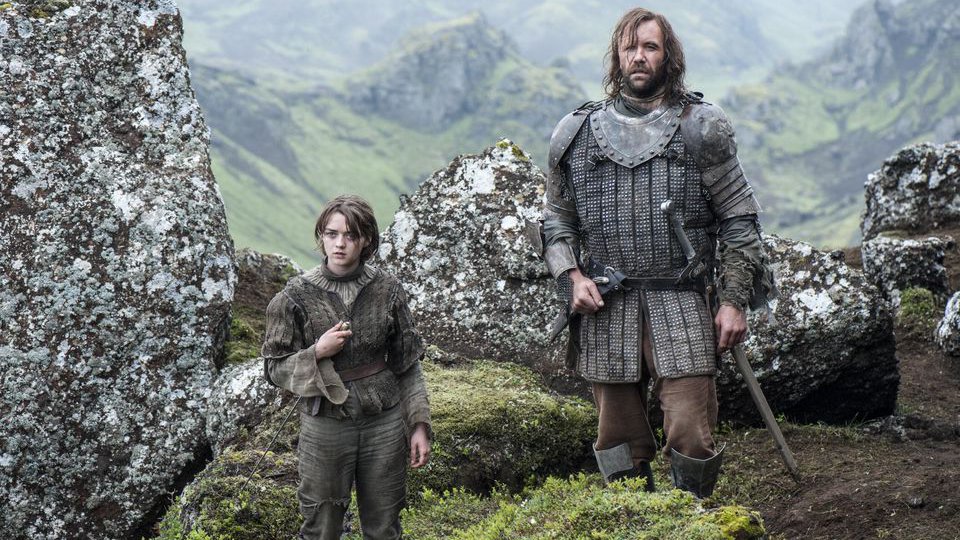 We can’t quite believe that we’re at the end of season 4 already. It’s been another strong season and the finale is promising to be the best episode ever.

The tenth and final episode of season 4 is written by showrunners David Benioff and D. B. Weiss with Alex Graves returning to the director’s chair for the fourth time this year.

[quote]Circumstances change after an unexpected arrival north of the Wall; Dany must face harsh realities; Bran learns more about his destiny; Tyrion sees the truth about his situation.[/quote]

Here’s the official preview video from HBO to tease you:

The title of the episode is The Children and the preview video opens up north of the wall with a shot of Hodor (Kristian Nairn) pulling Bran with Jojen (Thomas Sangster) and Meera (Ellie Kendrick) following behind. It’s not quite clear where they are heading but it looks like they are struggling with the wintry conditions. As we hear Meera say they aren’t going to make it Jojen announces that they are ‘already here’. This section finishes with a shot of a mysterious tree. We get the feeling they will meet someone there but wonder who it could be?

In the next scene we see Cersei (Lena Headey) talking to her father Lord Tywin (Charles Dance). This is followed by what looks to be Cersei and her brother Jaime (Nikolaj Coster-Waldau) kissing and then a shot of Tyrion in the darkness of his cell. Tyrion is awaiting execution after the failure of Oberyn at his trial of combat. We’ve no clue what’s in store for Tyrion but hope he finds a way to survive. It seems unlikely but he has a way of getting out of things. Maybe Jaime can convince Cersei to change Tywin’s mind?

Next we see Arya Stark brandishing her sword Needle while stating that ‘There’s people coming’. We then see the Hound (Rory McCann) walking towards someone with his hand on his sword. Last we saw they had arrived at the Eyrie in search of Lysa. We also know that Brienne (Gwendoline Christie) and Podrick (Daniel Portman) were headed after them. Will we see Brienne take on the Hound? Will Arya finally be reunited with her sister Sansa?

After the battle at Castle Black Jon Snow headed north. He went unarmed in search of Mance Rayder (Ciarán Hinds) in the hope assassinating him would stop his armies. That’s a big ask for anyone but it certainly looks like he at least makes it to Mance. Will Jon be successful or will we lose one of our favourite Stark’s?

Across the Narrow Sea we see Dany turning towards the camera looking rather upset. Maybe she regrets sending Ser Jorah on his way?

We also see a shot of Lord Varys (Conleth Hill) looking a tad concerned. The preview video ends with a snippet of two of Danys dragons roaring. We hope to see them finally get some decent screen time and wonder what they are up to? We’re guessing it’s more than stealing livestock.

There’s so many questions we can’t wait to find the answers to. Hopefully the finale will at least answer some of them for us. We’re pretty sure it will end on some big cliffhanger that we’ll have to wait until next year for the conclusion.

Let us know your spoiler-free thoughts and predictions in the comments below.

Game of Thrones will return in 2015 for season five and then again in 2016 for season six.

Advertisement. Scroll to continue reading.
In this article:Game Of Thrones, The Children