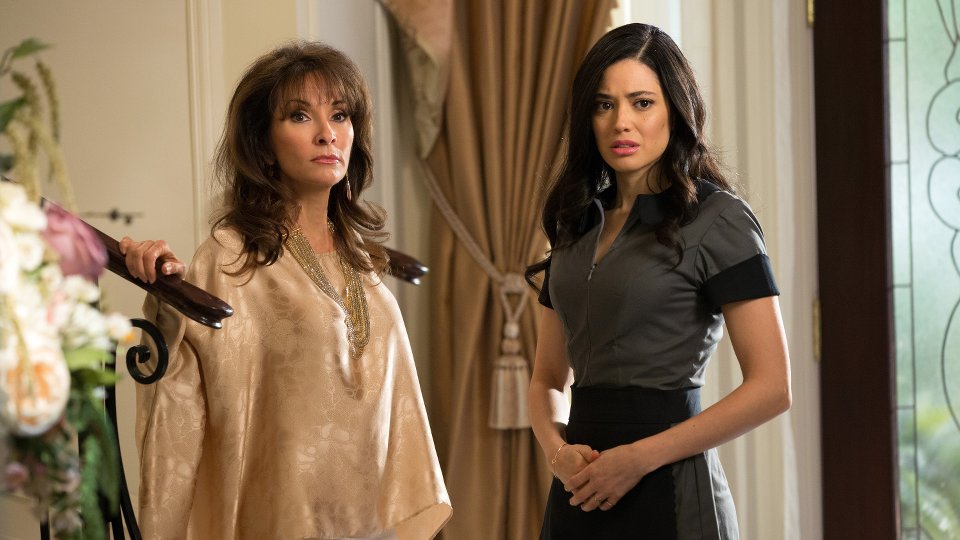 Alarm bells should be ringing for Marisol (Ana Ortiz) by now on Devious Maids about her soon-to-be-husband Nicholas (Mark Deklin).

Last week’s episode saw the lovestruck character suspect that her fiance had enjoyed an affair with his maid Opal (Joanna Adler) which was further supported when her lawyer’s looked at Nicholas’ will when trying to arrange a pre-nup. They discovered he had left a fortune to Opal’s son Ethan (Colin Woodell). It was soon explained away when Opal revealed that Ethan was the result of a rape.

Elsewhere in the episode Zoila (Judy Reyes) tried to move on after the break-down of her marriage, Carmen (Roselyn Sanchez) got a new job as Spence’s (Grant Show) maid causing problems with Rosie (Dania Ramirez) and Evelyn (Rebecca Wisocky) sent Adrian (Tom Irwin) off to rehab so she could enjoy her toyboy Tony (Dominic Adams).

In the next episode, titled The Bad Seed, Nicholas grows jealous of Marisol’s friendship with the book editor, Lucinda (Kimberly Hebert Gregory) crosses the line with Rosie, a visitor creates problems for Carmen and Tony makes a decision.