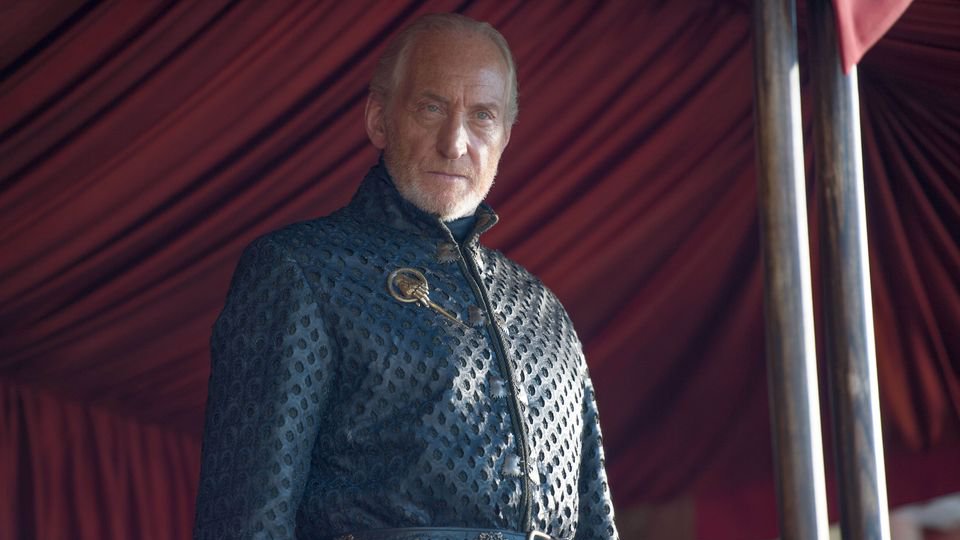 It’s been a long two-week wait since episode seven, Mockingbird. It was a nightmare trying to stay away from spoilers but we managed it and were excited to finally see the outcome of Tyrion’s trial by combat.

If you haven’t seen this week’s episode of Game of Thrones and don’t want anything spoiled then please stop reading now. If you are up-to-date and want to relive the action then keep on reading.

The Mountain and the Viper is the eighth episode of the season. It is written by showrunners David Benioff and D. B. Weiss with Alex Graves taking to the director’s chair for the second time this season. We’re fans of the books but read them slower than George R. R. Martin writes them. This week we wished we were up-to-date with them though as it might have made the shocking events more bearable.

The episode opened up in Mole’s Town in a brothel with a prostitute belching a tune for clients to guess. It’s all quite light-hearted for a few seconds which in Game of Thrones means something bad is about to happen.

Gilly (Hannah Murray) has a run in with the prostitute who complains her baby is too noisy. Outside they hear a noise and Gilly realises something is wrong and goes to the baby. It turns out she’s right as the town is under attack by the Wildlings and Thenns. The attack is led by Tormund Giantsbane (Kristofer Hivju) and Styr (Yuri Kolokolnikov).

They make their way through the town slaughtering everyone they can find. Ygritte (Rose Leslie) is with them and she’s doing plenty of killing herself. She happens upon Gilly and decides to spare her after seeing the baby. It makes us wonder if there’s more to Gilly than we know as she has a knack of surviving.

Back at Castle Black the Night’s Watch hear the news of the attack. Sam (John Bradley) is worried about Gilly and upset as he forced her to go there thinking she and the baby would be safer there. Jon Snow (Kit Harington) and some of the other men try to reassure him.

Across the Narrow Sea in Meereen it seems it’s bath time as everyone is down at the river getting washed. Grey Worm (Jacob Anderson) is more than a little distracted as he spots a naked Missandei (Nathalie Emmanuel). She notices he is watching her and eventually covers up before seeking out Dany (Emilia Clarke) for advice. Looks like a future romance may be on the cards but we’re not sure Game of Thrones does happy endings.

In the North Ramsey Snow (Iwan Rheon) has arrived at Moat Cailin with his army. He’s brought Reek (Alfie Allen) along with him to pose as his former self – Theon Greyjoy. He looks the part and appears to be pulling it off far better than we expected. We wonder if this will give Reek the confidence to return to Theon in the future.

Theon is sent to negotiate with the Ironborn and tells them that if they surrender they will be allowed to live. Their current leader doesn’t believe him but his men kill him in the hope they can go free. In the next scene we see that Ramsay wasn’t true to his word and the Ironborn have all been slaughtered.

Having made true on his promise, Ramsay reports his victory to his father Lord Roose Bolton (Michael McElhatton). As he’s now the Warden of the North Bolton rewards Ramsay by giving him the Bolton name. They then depart for Winterfell and we wonder what effect arriving back home will have on Reek.

In the Vale we see Lord Baelish (Aiden Gillen) questioned about his wife Lysa. Last episode he pushed her out of the Moon Door to her death. He tries to cover up the truth by saying she was troubled and committed suicide but the nobility of the Vale aren’t convinced.

They decide to call Sansa (Sophie Turner) to tell her version of events. They think that she is the niece of Baelish. It looks like she’s going to confess to everything as she apologises to Baelish and states that she must tell the truth. She then reveals her true identity to the shocked nobility.

At the same time she weaves a tale of lies into her truth in a very convincing manner. Everyone believes she is telling the truth and a very relieved Baelish has a new ally in Sansa. It’s an important moment for Sansa who finally has a taste of power herself. We can’t wait to see if she can keep Baelish under control.

Back in Meereen we see a letter bearing the King’s seal delivered to Ser Barristan (Ian McElhinney). He reads it and discovers it is a royal pardon for Ser Jorah (Iain Glen) in return for spying on Dany. Barristan confronts Jorah before taking it to Dany.

Understandably Dany is shocked and feels completely betrayed by Jorah. He admits his past and tries to explain how things have changed but she is too angry. She orders Jorah to leave Meereen forever and warns him not to return. Jorah looks destroyed and it’s a sad scene as he rides away. We wonder what’s in store for him.

Returning to the Vale we see that Arya (Maisie Williams) and The Hound (Rory McCann) have finally arrived at the Bloody Gate. The Hound is keen to be rid of Arya and is expecting to ransom her to Lysa. When they are told that Lysa is dead Arya bursts into hysterical laughter and it’s one of the most wonderful moments of the show so far.

So much has happened already this episode we’d almost forgot about the happenings at King’s Landing. Finally the action shifts to Tyrion (Peter Dinklage) who is sat in his cell having a chat with his brother Jaime (Nikolaj Coster-Waldau). They are chatting about a cousin named Orson Lannister who was a bit simple and spent all his time smashing beetles. Tyrion has been wondering since he was a child why Orson behaved the way he did. He doesn’t get chance to think about it some more though because it’s time for the trial by combat.

We were surprised and delighted when Oberyn Martell (Pedro Pascal) stepped up to offer himself as Tyrion’s champion. His nickname, the Red Viper of Dorne, gives us hope that he stands a chance against Ser Gregor Clegane (Hafþór Júlíus Björnsson) who is known as The Mountain.

The Mountain steps into the ring in full plate armour and towers above Oberyn. He’s also carrying a sword bigger than most men. Oberyn however has opted to fight in light armour to aid his mobility and his weapon of choice appears to be a polearm.

As the fight commences Oberyn dazzles as he effortlessly circles The Mountain. His agility gives him an advantage against the slow moving giant. Oberyn has more than just winning on his mind – he also wants to force a confession out of The Mountain for the rape and murder of his sister Elia and her children.

The pair clash weapons and Oberyn manages to land some blows. He’s no match for the power and strength of The Mountain but his speed mostly keeps him safe. After causing The Mountain some injuries he manages to land a near-fatal blow through his chest which knocks him to the floor.

It looks like he’s done it but rather than finish him off he realises it’s probably the only opportunity he’ll ever have for a confession. In true Game of Thrones style our moments of happiness are quickly destroyed as The Mountain grabs the leg of Oberyn.

He pulls Oberyn towards himself and pins him to the ground. Oberyn gets his confession as The Mountain gouges his eyes out. It’s one of the most brutal scenes we’ve ever witnessed but he does stop there. Next he grabs Oberyns head and crushes it between his mighty hands. There’s a pop of sorts as his head explodes like a watermelon all over the arena.

The Mountain collapses, everyone screams and Tyrion is sentenced to death by his own father – Tywin Lannister (Charles Dance). What an incredible episode.

While we weren’t confident for Oberyn we certainly didn’t see that coming. This leaves us wondering if Tyrion will indeed get the chop? Does he have any more tricks up his sleeve? Will Jaime do something more to help him?

Let us know your thoughts on The Mountain and the Viper in the comments below as well as your hopes for the season. No spoilers though please!

Advertisement. Scroll to continue reading.
In this article:Game Of Thrones, The Mountain and the Viper