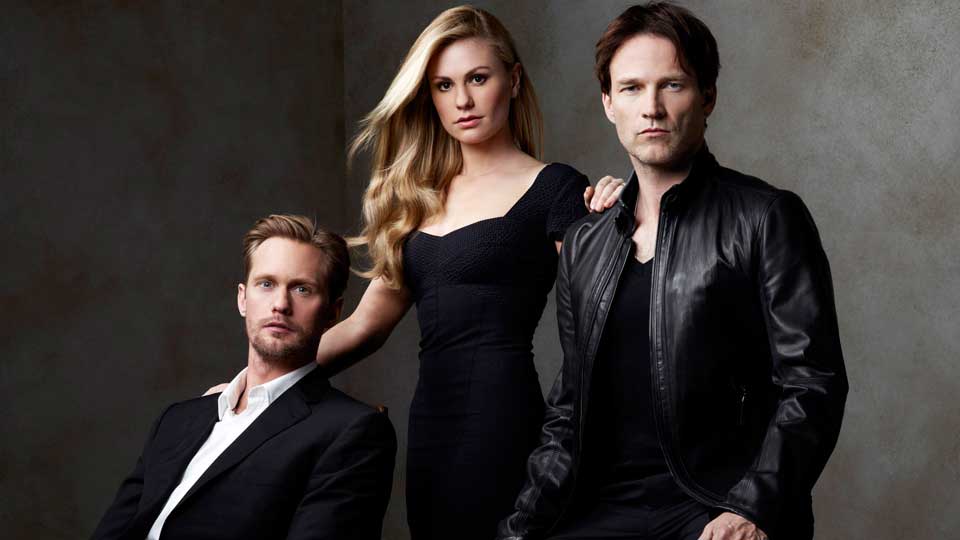 Fans of HBO’s hit show True Blood will likely have mixed feelings about the show’s seventh and final season which is due to begin next month. The once much-buzzed about show began to falter during it’s fifth season as it strayed further away from the source material of Charlaine Harris’ best-selling books. Without a doubt the fifth season was a complete mess and lost the magic that had made True Blood such must-see TV in its earlier years. Ahead of the seventh season, season six has been released on Blu-ray and DVD this week.

True Blood: The Complete Sixth Season sees the show having a slightly shorter season of 10 episodes rather than the usual 12 due to the pregnancy of lead star Anna Paquin. Honestly the season was much better for it as it featured much less padding than season 5 and went some way to redeeming the show after its lacklustre and disappointing fifth season.

The sixth season picks up exactly where the fifth season ended with Sookie (Paquin) and Eric (Alexander Skarsgard) fleeing from the Authority compound following Bill’s (Stephen Moyer) reincarnation. The majority of the nonsense about Lilith is tied up and abandoned thankfully throughout the season. Instead the focus is on Louisiana Governor Burrell (Arliss Howard) who wages war on vampires and introduces a new threat to Sookie in the shape of Warlow, the faerie responsible for killing her parents.

As always there’s plenty of other things going on in the season. There’s a threat to the vamps with the infected production of TruBlood, a mysterious stranger called Ben (Rob Kazinsky) who falls for Sookie and a rather ridiculous plot which sees Andy Bellefleur (Chris Bauer) find out he’s father to several fae children. There’s also the arrival of Sookie’s uncle Niall (Rutger Hauer) which is one of the most intriguing storylines of the season.

Fans of Sam (Sam Trammell) will be pleased to find out he gets plenty to do again this season following a tragedy in the opening episode. He is targeted by a group who wants supernatural beings to reveal themselves in the same way vampires did years earlier. Will he go through with it? There’s also the return of Anna Camp as Sarah Newlin who is one of the show’s most entertaining characters.

Special features on the DVD release include 5 audio commentaries, 10 Inside The Episode clips and a season 5 recap.

True Blood: The Complete Sixth Season definitely redeems the show and is a much more satisfying season than its predecessor. The season may be a little Sookie-lite but there’s more focus on the central characters that we’ve come to love over the past 6 years. The season finale provides an exciting set-up for the show’s final season which looks certain to be an all-out war for survival. We can’t wait.

Pip Ellwood-Hughes
Pip is the Editor of Entertainment Focus and the Managing Director of agency Piñata Media.
Previous article
Game of Thrones S4 The Mountain and the Viper recap
Next article
Bates Motel season 3: 10 things we want

‘One of These Days’ review