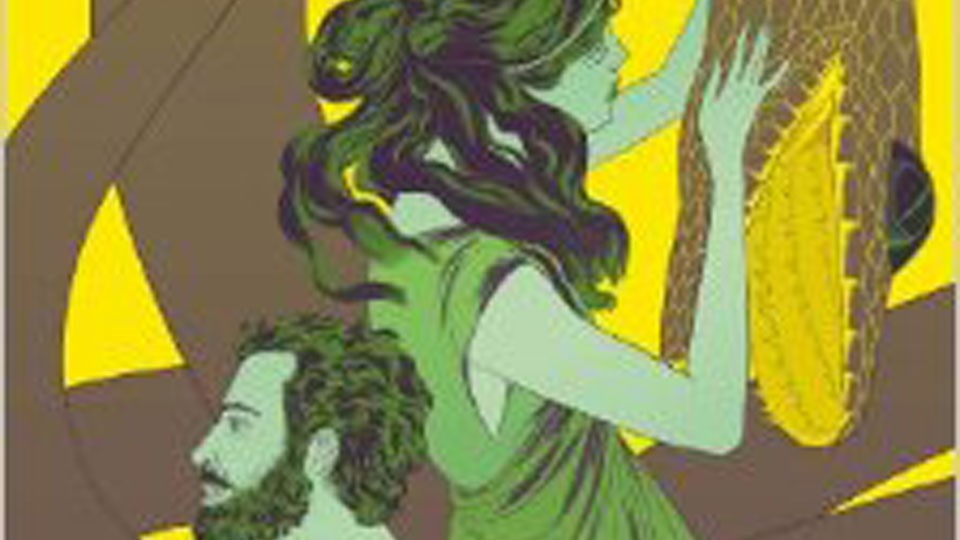 After Homer came Apollonius of Rhodes. Apart from amongst classicists, Apollonius is less well-known, but his epic poem Jason and the Argonauts (more formally the Argonautica) is the only one of the genre to survive from the Hellenistic period (he was writing in the century after the death of Alexander the Great – though the legends themselves date back much further).

For those unfamiliar with the various screen adaptations, Jason and the Argonauts tells the tale of the heroic mortal Jason, who is charged with the seemingly impossible task of recovering the Golden Fleece from Colchis to thus prove his mettle as the rightful king of Iolcus. Jason and his crew aboard the Argo set sail on a daunting sea voyage, facing monsters (the many-headed dragon guarding the fleece is especially thrilling) and hardships along the way. There are many characters involved in the story familiar from other Greek myths, such as Jason’s squeeze Medea (we won’t give away the ending, but it owes nothing to Euripides); the lyre-playing Orpheus; and the twins Castor and Pollux.

Penguin Classics is to release a brand new English translation of the epic poem, translated by scholar and poet Aaron Poochigian, who has rendered it into verse (like the original) rather than prose, which is the more usual approach. Poochigian has structured the lines in iambic pentameter, which he explains in the note on the text, “has the advantage of being familiar to the English ear, as dactylic hexameter, the meter of the original, was to the Ancient Greek one”.

Whether or not you’re a scholar, Jason and the Argonauts is a cracking yarn. That said, it falls into the same trap of The Iliad in that there’s a long and seemingly interminable list of Greek names near the beginning of the piece. The “lengthy roster of heroes” (Poochigian’s description) and their habits and appearances is heavy-going, and slows the pace of the story; though perseverance is well worth it even if it means skipping a few pages (so many names are thrown at you that only a handful will stick). Another issue to brace oneself for is the sheer volume of characters: reading the poem for the first time can be a little daunting, especially because it lacks narrative focus at times, leaving the reader little to hold on to. Digressions are one thing; but Apollonius seems to forget that Jason is the protagonist for parts of the first half of the poem.

The story, once it really gets going, is an enjoyable tale structured around separate adventures which unfold every time the Argo docks (and plenty at sea too). The over-arching plot is a sequence of tests for Jason before he can secure the Golden Fleece and return home. It’s cracking hero’s journey stuff. As the various adaptations attest, the poem has a cinematic quality, with vivid descriptions of monsters and a love story between the protagonists at its heart. Whether or not it’s as majestic as the Homeric poems is a matter of taste, but we enjoyed the downplayed role of the gods in this one, who for the most part allow humans to make their own mistakes. Jason is an intriguingly sulky protagonist too, prone to lapses into lethargic inaction that read almost like a precursor to Hamlet.

This translation is very readable and easy to rattle through. Whether or not it’s the edition for you will depend on what you want out of the text – and we won’t comment on whether or not purists and university professors will embrace it. However, for readers who have perhaps yet to experience Jason and the Argonauts in literary form, and particularly structured as a poem, it’s a great introduction to the work, and certainly a reminder that the serious reader would do well to add the title to their must-read list of Ancient Greek texts. Perhaps the finest achievement of this new translation is to remind us that there’s more to epic Greek poetry than Homer, and that the language and the story of Apollonius’ work is beautiful.

In this article:Aaron Poochigian, Apollonius of Rhodes, Argonautica, Jason and the Argonauts, Penguin Classics