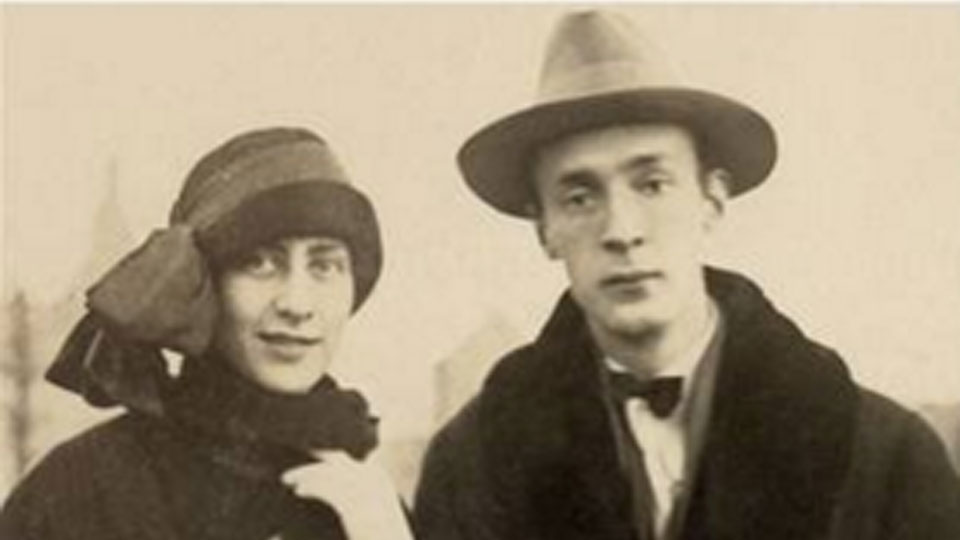 Penguin Books is honouring Vladimir Nabokov (1899-1977) – one of the greatest writers of the twentieth century – by reprinting some of his major works as part of their paperback Penguin Modern Classics range, which are available now.

The Russian-born Nabokov’s most famous work is his 1955 masterpiece Lolita – a controversial novel told from the viewpoint of Humbert Humbert, an anti-hero infatuated with his underage step-daughter. Yet there is far more to Nabokov’s literary canon than the dazzling, provocative tale that was set in his adoptive country of the United States.

Nabokov’s family emigrated to Germany after the Russian Revolution, and later emigrated again, in 1940, this time fleeing to the United States as World War II tore Europe apart. Displacement, and influences from the vastly different societies of Russia, Germany and the United States, as well as some other countries he lived in, recur throughout his works.

Despite Nabokov’s Russian heritage, his later career saw him write exclusively in English, and producing rich, beautiful prose with an extraordinarily wide yet precise vocabulary. The quality of his prose leaves most native English-speaking writers dead in the water. If you’ve never yet dipped into the sometimes complex but always beguiling works of Nabokov, or perhaps if you’ve never ventured beyond his best-known titles, Lolita and Pnin, this may be the perfect opportunity to discover the many more gems in his canon.

Despair is one of Nabokov’s early novels, and one that he originally penned in his Russian mother tongue in 1934. Multilingual to the point of showing off, Nabokov oversaw his own translation of the novel into English, and it became available to the English-speaking market in 1937. Despair showcases Nabokov’s power of description. Not a great deal happens in the book, and it is one of his shorter works, but nevertheless the writing is dense and the descriptions meticulously delivered. The protagonist, Hermann Karlovich, appears unremarkable at first, but it quickly becomes apparent that he’s quite mad. When he meets Felix, a homeless man, he is convinced that he has found his doppelgänger, and he convinces Felix to use their alleged similarity to nefarious ends – but there’s rather a sinister twist in the tale…

Nabokov wrote Bend Sinister in English, and it first appeared in 1947. The historical context is important, since, unusually for Nabokov, the work is a political satire not unlike George Orwell’s 1984 (which was inspired by similar concerns and would appear the following year). Bend Sinister is set within a fictitious European city in a country where the government forbids difference amongst its citizens, whom it tries to make reliant upon the state. The protagonist is Adam Krug (like Nabokov in real-life, and like his other famous literary creations, Pnin and Humbert Humbert, a university lecturer) who resists the government. This is less out of political conviction and more out of a personal detestation of Paduk, the dictator. Bend Sinister contains all of Nabokov’s usual wit and elegant prose, and his criticism of Communism is based on aesthetics and a visceral distaste rather than on concern for its deleterious effects on the spirit, though such detachment from the human experience isn’t unusual in Nabokov.

One of his later works, appearing in 1969 (by which time the Nabokovs had relocated again – settling for the final time in Switzerland), Ada or Ardor picks up where Lolita left off and returns to Nabokov’s interest in exploring the theme of immoral and socially unacceptable sexual relations. Whereas Lolita examined paedophilia, Ada or Ardor covers incest, with a sexual relationship burgeoning and sustaining between a brother and sister. Again like Lolita, Ada or Ardor is told from the point of view of the male in the relationship – Van Veen – and the prose is structured as a memoir. Like Bend Sinister, Ada or Ardor has a science-fiction element in that it is set in a fictitious place where the earth is not quite as we know it – which lends it a strange, unsettling quality.

Letters to Vera is a title Nabokov would never have expected to see print. Over five-hundred pages chart the letters he wrote over a half-century period to his wife, Vera Slonim – the constant presence in his life – his inspiration but also his editor and sometimes his translator. This time the Russian words require a translator, since the volume first appeared in 2014, long after the Nabokovs’s deaths. The task fell to Olga Voronina. Naturally, the greatest concentration of letters is from the 1920s and 1930s, when the Nabokovs were newly wed, with under twenty-five pages spanning 1954 to 1976. A portrait of the couple taken in 1968 in the inlay photographs can leave no doubt as to their mutual affection. Nabokov’s letters are, like his writing intended for publication, works of beauty. However, the adoration of a self-contained couple and the minutiae of their daily lives is a strange curtain to peer behind, and the title is best left to the Nabokov aficionados who have already read the bulk of his literature.

All of Nabokov’s books are works of art and have great literary merit. Moments of unsubtle satire or prose so dense the eyes struggle to deforest the words can be found throughout his canon – but Nabokov never fails to impress by his searing intelligence and the sumptuousness of his writing. He’s an author whose works stand up some four decades of his death, and will continue to do so. Every generation needs to discover him.

Vladimir Nabokov’s Despair, Bend Sinister, Ada or Ardor and Letters to Vera are published by Penguin Modern Classics and are available now.