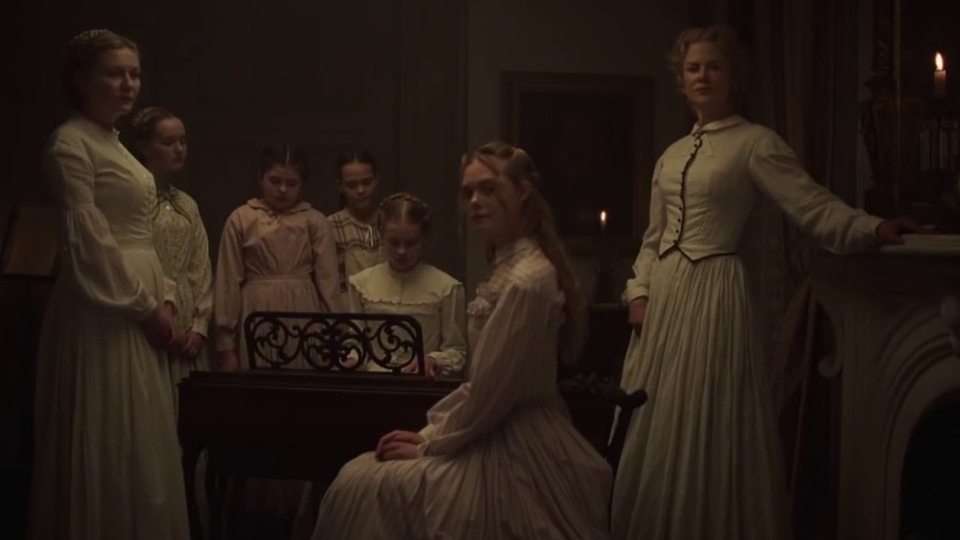 John McBurney, a Union soldier in the civil war, is found injured in woods near Miss Martha Farnsworth’s Seminary for Young Ladies by young student Amelia Dabney. His arrival causes friction between the women at the school with Martha particularly unimpressed with their houseguest. As Martha reluctantly agrees to help him recover, McBurney’s presence pits the women against one another as they compete for his affection and he tries to secure his freedom.

No doubt you’ll have heard about The Beguiled thanks to the recent big screen adaptation by Sofia Coppola starring Nicole Kidman, Kirsten Dunst and Colin Farrell. The book, written by Thomas Cullinan, has been previously adapted into a movie starring Clint Eastwood in 1971 and Coppola’s take has won its fair share of critical acclaim while attracting a considerable amount of controversy amidst claims of whitewashing due to the removal of the Farnsworth’s black servant Mattie.

Regardless with The Beguiled in the limelight, Penguin Classics recently re-released Cullinan’s book with a new cover to tie in to the movie. Not having seen the film yet, I was intrigued to give the book a go to see what all the fuss is about and unfortunately it wasn’t a read I particularly enjoyed. The basic premise of the book – an injured soldier with questionable morals corrupting a girls’ school – packs a lot of promise but the way in which Cullinan presents it, for this reader anyway, was a bit of a chore to read.

The Beguiled is told from multiple perspectives so there’s a fair amount of repetition when it comes to seeing the events unfold. The book flips so frequently between characters, it’s a bit mind-boggling to begin with and hard to get to grips with who’s who. There isn’t a whole lot of distinction between some of the characters and I found them fairly interchangeable.

My biggest complaint about the book is that it’s a painfully slow read with Cullinan preferring to bog you down with back story for each and every character, rather than focusing on progressing the story. The pace picks up eventually but the first half is full of information that I felt was completely unnecessary. It’s interesting to understand what the girls think of one another because it sets up the dynamic for what’s to come but it’s so long-winded that I found it exhausting to read more than a handful of pages in one go.

I was really disappointed with The Beguiled. Although there is a shocking pay off, I’d simply lost any care I had about the characters by the final pages. I’m not normally one to find reading a chore but I found The Beguiled to be a book I couldn’t wait to put down, rather than one I was itching to keep reading. If you’re a fan of multi-perspective stories with plenty of scene setting then you may well enjoy it but I found The Beguiled a disappointingly dull read that for me didn’t live up to the hype.

In this article:Penguin Classics, The Beguiled