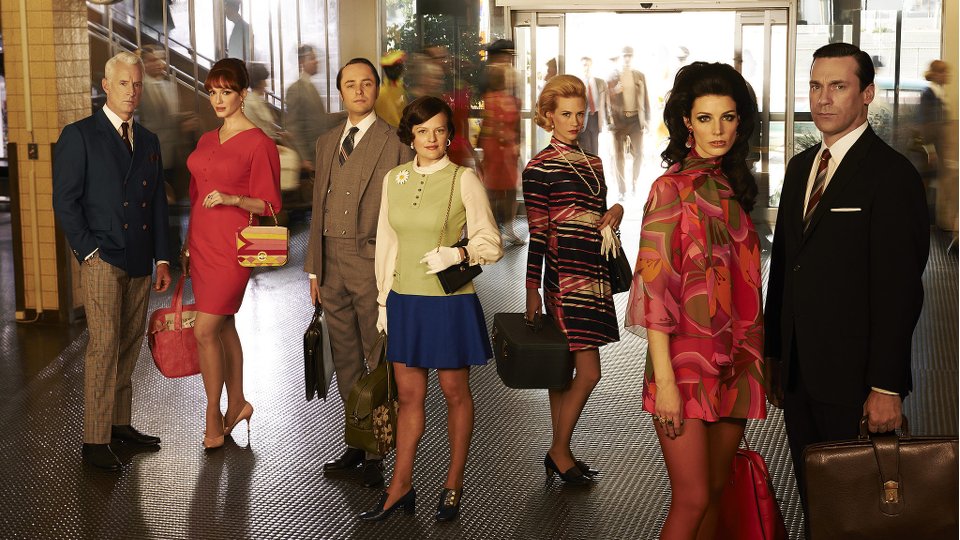 Mad Men fans have nearly a year to wait until the remainder of the show’s seventh and final season airs.

If you haven’t seen the season 7 mid-season finale of Mad Men then we suggest you stop reading so we don’t spoil anything for you. If you have seen it then keep reading for our thoughts on what we want to see next.

This week’s episode saw the surprise death of Bert Cooper (Robert Morse) and a potential new merger for the ever-changing SC&P. The path seems to have been paved for Peggy (Elisabeth Moss) to finally rise up the ranks too thanks to Don (Jon Hamm).

The first 7 episodes of the final season have given us plenty of surprises so far with Ginsberg (Ben Feldman) being carted off to a mental institution, Jim (Harry Hamlin) showing his true colours and Bob Benson (James Wolk) returning to propose to Joan (Christina Hendricks) so he can hide his sexuality.

We’ve had a good long think (over a glass of whiskey of course) about what we want to see in the show’s remaining 7 episodes:

1. Don regaining his rightful place. After a series of bad choices and bad behaviour, Don was finally punished at the end of season 6. Season 7 so far has seen him having to work his way back up in a rather hostile environment where no one wants him to succeed. Thanks to Roger (John Slattery) it seems Don’s job is safe and integral to the buyout from McCann Erickson. Now that Don has built bridges with Peggy and got the backing of Pete (Vincent Kartheiser) and Roger we want to see him leading the charge by the end of the series.

2. More Pete Campbell. It’s safe to say that season 7 has been too Pete-lite for our liking with the character taking more of a supporting role. Now he’s back in New York (seemingly for good) we want at least one episode that is Pete-centric before the series bids adieu. He may be at times a vile character but he’s always entertaining.

3. Peggy to finally reach her potential. It’s a been a long and frustrating road for the ever persevering Peggy but her renewed friendship with Don seems to have finally freed her from the stifling leadership of Lou Avery (Allan Havey). Now Peggy has won the Burger Chef pitch on her own merit we hope she is given a more senior role in the new-look SC&P. We’re always rooting for her to win and she’s in the best position she’s ever been in to finally succeed.

4. Lou Avery to go. Now that Don’s back in the fold and the company is being bought out there really is no need for angry and nasty Lou is there? We won’t be sad to see him go.

5. Betty (January Jones) to be better integrated with the series. We love Batty Betty but her storylines this season have seemed a little disconnected from the rest of the show. It looks like her marriage to Henry (Christopher Stanley) could be over before the end of the series and we hope that she doesn’t end up back together with Don. We’d like to see more of the disintegrating relationship between Betty and her children and how Don fits into that situation.

6. More Dawn (Teyonah Parris) and Shirley (Sola Bamis). We loved the exchange between the two secretaries in the kitchen earlier this season and we think these two characters deserve more screentime. Dawn got a promotion and proved her loyalty to Don whilst Shirley brings plenty of comedy – who didn’t love the Valentine’s Day misunderstanding with Peggy?

7. Bob Benson! We know he made an appearance already this season but we love Bob Benson. He has bridges to build with Joan after his marriage of convenience request and the storyline with Pete still feels a bit unfinished to us. Get Bob back and give him a boyfriend!

8. Peggy to be reunited with her child. There was a moment in the mid-season finale where Peggy shed a tear when she found out the family upstairs were moving apartments. As she clutched onto Julio you could tell she was mourning the loss of her little friend and giving up her own baby all those years earlier. She’s in a stronger place now to cope with being a mother and she deserves a happy ending.

9. Roger to rise to the challenge of being a leader. Bert may have told him he’s not suited to a leader but Roger looked to be about to prove him wrong during the mid-season finale. Not only did he save Don’s bacon he also secured the future of the company and his own position at the head of it. Roger has been between a rock and a hard place for much of the season so in the final episodes we want him to find his way again and lead SC&P into a new era.

10. Megan (Jessica Pare). We know that Megan is a divisive character and we’re sure this one will get people complaining but we like her. She’s the only woman that’s been in Don’s life who is an equal for him. She’s had success in her own career and has a strong will. In the mid-season finale it seemed that things were truly over for Don and Megan but we’re hoping for reconciliation. Don was his best behaved during the start of their marriage and Megan brings out the best in him.

Mad Men will conclude its seventh and final season in 2015.