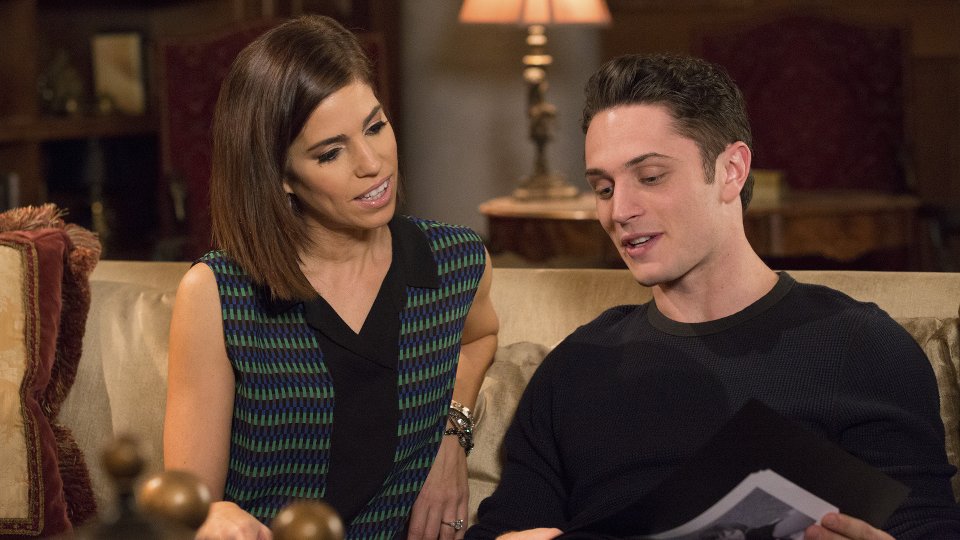 Last week’s Devious Maids served up quite the surprise when a house robbery went wrong and resulted in the death of Alejandro (Matt Cedeno) and subsequently Carmen’s (Roselyn Sanchez) dreams of wealth and fame.

Earlier in the episode Carmen thought that Alejandro’s sexuality could have blown their relationship apart but how wrong could she have been. Marisol (Ana Ortiz) meanwhile continued to clash with Opal (Joanna Adler) as she tried to sort through Dahlia’s (Susie Abromeit) things to make space for her own.

Elsewhere Rosie (Dania Ramirez) got a new job working for a family ripped apart by conflict, Zoila (Judy Reyes) tried to get Valentina (Edy Ganem) sacked from her new job as the Powells’ maid, and Spence (Grant Show) saw Perri’s (Mariana Klaveno) true colours when he asked for a divorce.

In the next episode, Dangerous Liaisons, Marisol discovers some secrets about Nicholas and Opal, Rosie takes Kenneth to a specialist, Carmen needs to prepare herself for a performance, Genevieve invites Zoila to a luncheon and Evelyn is suspicious about Adrian’s behavior.