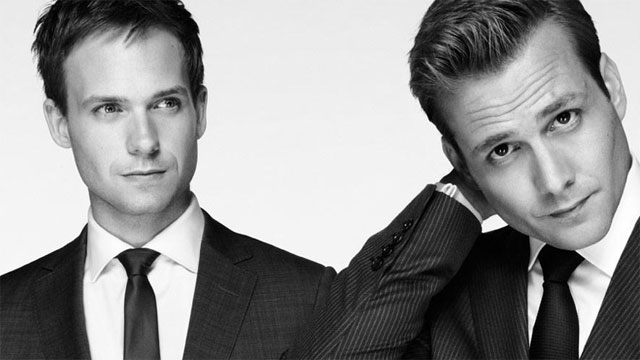 Suits is one of the most under-rated dramas on TV and it recently finished its third season run in the UK and the US.

If you haven’t seen the third season finale we suggest you stop reading so we don’t spoil anything for you. If you have then keep reading for our thoughts on the upcoming fourth season.

In the third season finale Mike Ross (Patrick J. Adams) narrowly avoided his world coming crashing down when he and Harold (Max Topplin) were taken in for questioning by US Attorney Eric Woodall (Aeljko Ivanek) over their underhand dealings in the Ava Hessington (Michelle Fairley) case. It turns out Woodall really wanted Harvey (Gabriel Macht) and it was surprisingly Louis (Rick Hoffman) who came to the rescue.

Fans were left with their jaws on the floor when Mike announced to Harvey that he had accepted the job with Jonathan Sidwell (Brandon Firla) in the world of investment banking. This of course meant that Mike would be able to live without fear of being found out and please his girlfriend Rachel (Meghan Markle) who wanted him to leave the firm.

The fourth season premieres in the US in June so we’ve compiled our list of things we want to see:

1. Mike to return to Pearson Specter. Ok we know that as of the season finale Mike has left the firm and we know courtesy of creator Aaron Korsh that Mike will go through with quitting but we can’t imagine not seeing him alongside Harvey. The firm that Mike is going to will still be a client of Harvey’s so we expect that the hotshot lawyer will lure his young protégé back by mid-season.

2. No more mergers. The storyline with the mergers and ever-changing partners has run its course and we want the new season to focus on the show’s core characters more. The firm should be settled more now with Jessica (Gina Torres) and Harvey at the helm.

3. Scottie (Abigail Spencer) to come back. At the end of the season she had left the firm and broken up with Harvey but she’s the perfect match for the difficult-to-love lawyer. Aaron Korsh has said that if she is back she won’t have a major role but we hope she’ll make an appearance for at least a couple of episodes.

4. More Donna (Sarah Rafferty). We said it last year and we’ll say it again, Donna is the secret weapon of the show. Following her disastrous romance with Stephen Huntley (Max Beesley) in the first half of the season, we want to see Donna with a new love interest and plenty more scene-stealing scenes. We hear that we’ll be getting more of her backstory in season 4 so fingers crossed.

5. Mike and Rachel to take their relationship to the next step. We’ve been rooting for these two since season one and they finally got it together and moved in together last season. With Mike away from Pearson Specter and Rachel on the up with her career, we’d like the two to get engaged after they moved in together in season 3. They deserve a little bit of conflict-free time don’t you think?

6. More Louis. The slippery character switches his allegiance quicker than the wind changes direction but he proved his loyalty to Mike, Harvey and Jessica in the third season. We wouldn’t want Louis to be completely good as his meddling is fun but surely he deserves more respect from Harvey and Jessica. Also he needs a pick-me-up following the breakdown of his relationship with Sheila (Rachael Harris).

7. Cases that span multiple episodes. We liked that the arc of the first half of season 3 was the Ava Hessington case that also impacted on the second half of the season. It gave the case more time to breathe and provided plenty of twists and turns that kept the audience hooked.

8. Rachel to get under-way with her journey to become a lawyer. She proved she wasn’t to be messed with when she forced Jessica’s hand a couple of times during season 3 and now she’s got the money to get her through law school and a deal that secures her future with the firm.

9. A purpose for Katrina Bennett (Amanda Schull). We’ll admit coming off season 2 we weren’t the biggest fans of Katrina but her handful of season 3 appearances proved that she was a character who had more story to tell. She’s become Louis’ right-hand woman so we want to see her actually get something to do in season 4 now she’s been saved from Jessica’s wrath.

10. More backstory for Jessica. She remains one of the most enigmatic characters on the show and we get little glimpses of her past her and there. The episode is season 3 where she had to help her ex-husband’s wife showed a different side to the character and we’d like to see more of that.

The fourth season of Suits premieres in the US on 11th June and is expected to air in the UK later in the year.