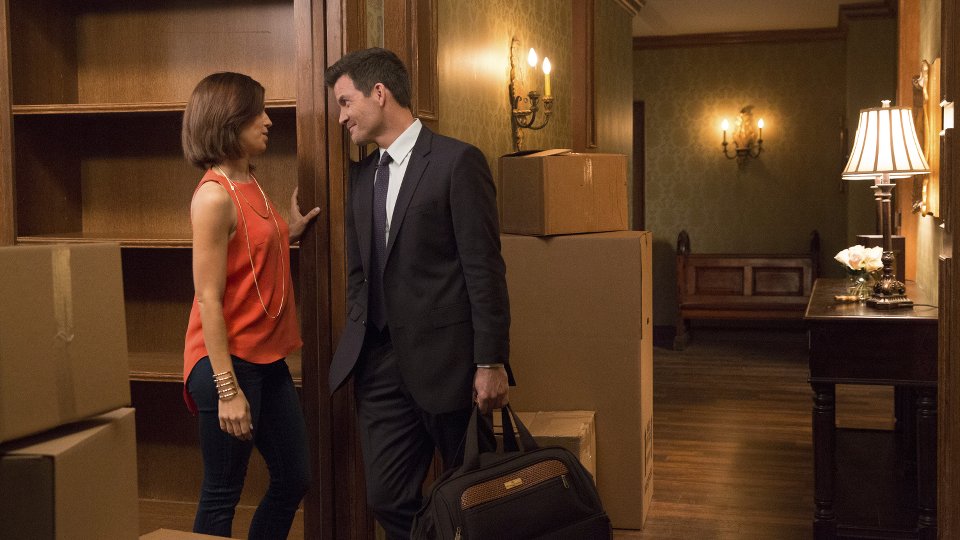 Devious Maids returned for its second season last week and the first episode set up plenty of intrigue.

Marisol (Ana Ortiz) is no longer a maid after proving her son’s innocence and is shacked up with wealthy Nicholas Deering (Mark Deklin) which his maid isn’t very happy about. Could it be a doomed romance for poor Marisol?

Elsewhere in the episode Valentina (Edy Ganem) was back without Remi (Drew Van Acker) and not speaking to Zoila (Judy Reyes), Rosie (Dania Ramirez) fought deportation and (for the moment) won and Carmen (Roselyn Sanchez) got caught up with her fake marriage to Alejandro (Matt Cedeno) causing problems with Odessa (Melinda Page Hamilton).

In the next episode, The Dark at the Top of the Stairs, one of Alejandro’s old flames threatens Carmen as she goes to great lengths to save her job, Zoila ignores issues at home when she helps Valentina out with her job, Rosie starts working for a new dysfunctional family and Marisol tries making up with Opal.