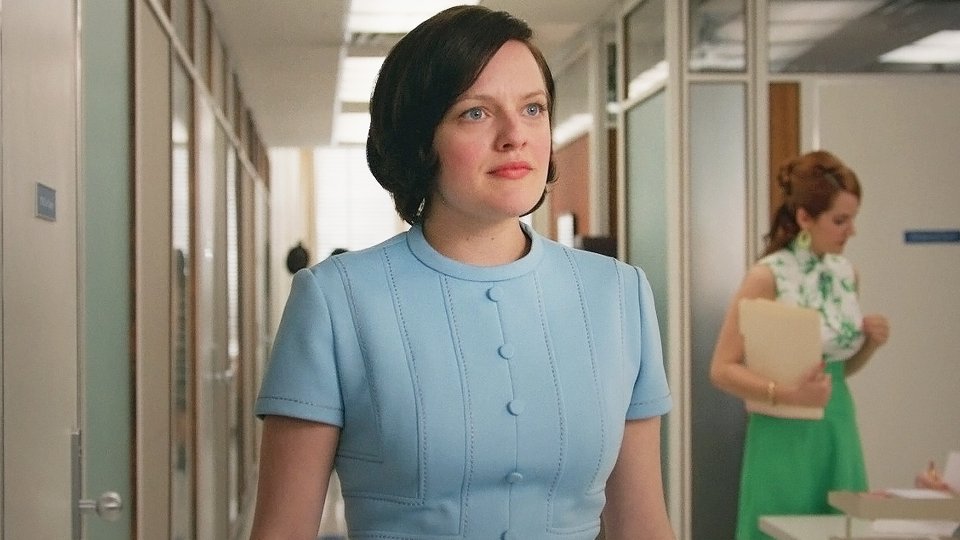 Mad Men delivered one of its strangest episodes to date last week as Ginsberg (Ben Feldman) was dragged out of SC&P on a gurney following a bizarre incident involving a nipple.

That aside, Don (Jon Hamm) continued to drift apart from Megan (Jessica Pare) after his niece Stephanie (Caity Lotz) showed up in L.A. pregnant and poor. Things got even more strained when Megan rushed her out the door before Don arrived then threw a partner which ended up in a three-way.

By the episode’s end Don was back in New York, thanks to a tip-off from Harry (Rich Sommer), to cause trouble in a meeting Lou (Allan Havey) and Jim (Harry Hamlin) with a cigarette firm that could have resulted in Don being fired. Elsewhere Betty (January Jones) had run-ins with Henry (Christopher Stanley) and Sally (Kiernan Shipka) and Lou tried to exert his power when Stan (Jay R. Ferguson) humiliated him in the office.

The next episode of the season is titled The Strategy. Peggy researches for a pitch and Joan (Christina Hendricks) is eager to spend time with a friend. Pete (Vincent Kartheiser), meanwhile, receives an invitation to an exclusive club.

Tune into AMC at 10/9c on Sunday in the US and Sky Atlantic HD at 10.15pm on Wednesday in the UK. Preview the episode with our gallery below: