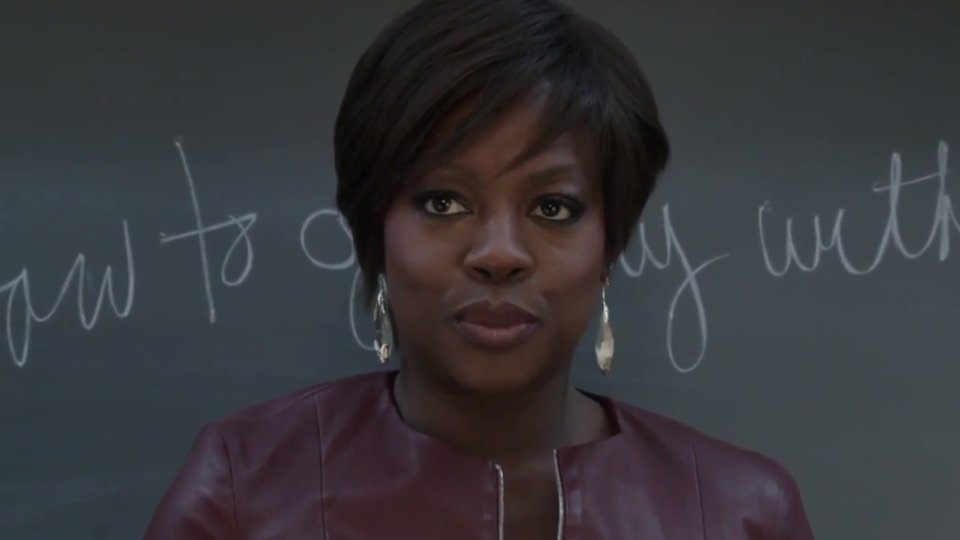 ABC have followed NBC and Fox’s lead by releasing trailers for their new shows.

The network will be hoping for a few big hits one of which is expected to be Shonda Rhimes’ (Scandal, Grey’s Anatomy) new show How To Get Away With Murder with Academy Award nominee Viola Davis. The show will air as a triple-Shonda-bill on Thursdays this autumn in the US.

Check out all of the trailers and get the lowdown on the shows below:

Plot: The lives of the participants in a trial with significant racial motives are forever changed during the legal process.

Plot: A family man struggles to gain a sense of cultural identity while raising his kids in a predominantly white, upper-middle-class neighborhood.

Plot: In her sixth year of law school, Cristela is finally on the brink of landing her first big (unpaid) internship at a prestigious law firm. The only problem is that her pursuit of success is more ambitious than her traditional Mexican-American family thinks is appropriate.

Plot: A 200-year-old man works in the New York City Morgue trying to find a key to unlock the curse of his immortality.

Fresh Off The Boat

Plot: A Taiwanese family makes their way in America during the 1990s.

Plot: Prince Galavant’s quest for revenge over the King who stole his one true love.

How To Get Away With Murder

Plot: A sexy, suspense-driven legal thriller about a group of ambitious law students and their brilliant, mysterious criminal defense professor. They become entangled in a murder plot that will shake the entire university and change the course of their lives.

Plot: The unfiltered internal monologues of a young man and a young woman are exposed as they begin a new relationship together.

Plot: A family man finds the body of a young boy while jogging and becomes the prime suspect. He has no choice but to try to find the real killer as his marriage, his kids, his reputation, and his sanity are all at stake.

Plot: After being the subject of an embarrassing viral video, a self-involved 20-something enlists the help of a marketing expert to revamp her image in the real world.

Plot: A race against time to defeat an unseen alien enemy out to destroy the world using the Earth’s most precious resource, children.

Advertisement. Scroll to continue reading.
In this article:ABC, American Crime, Black-ish, Cristela, Forever, Fresh Off The Boat, Galavant, How To Get Away With Murder, Manhattan Love Story, Secrets and Lies, Selfie, The Whispers