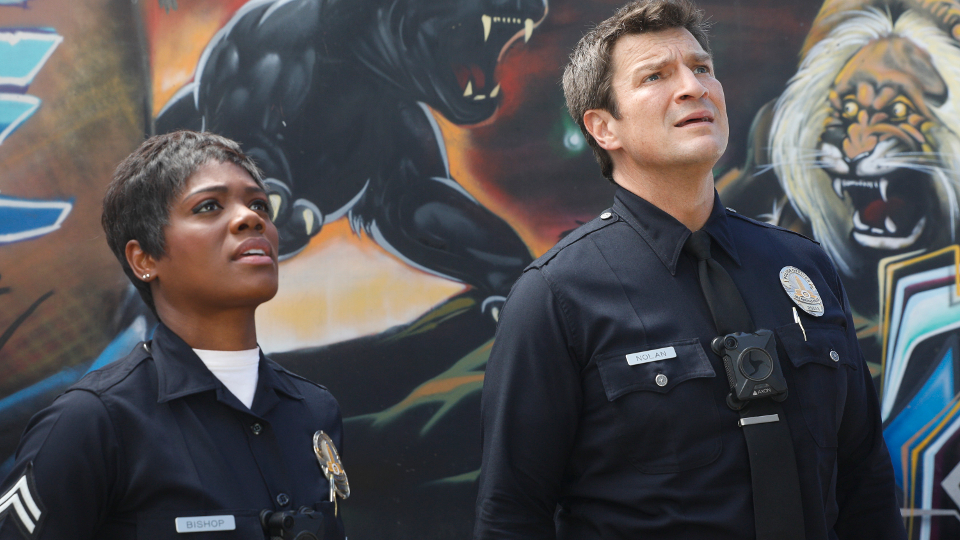 The latest episode of The Rookie saw the rookies paired with different training officers.

Grey (Richard T. Jones) chose new temporary Training Officers for each of the rookies. He paired Nolan with Lopez (Alyssa Diaz), Chen (Melissa O’Neil) with Bishop (Afton Williamson) and West (Titus Makin Jr.) with Bradford (Eric Winter). Their were then each tasked with trying to find out something personal about their new Training Officers.

They all had different calls to attend during the day and found working with a different partner to be a very different experience. West seemed to have the hardest time as Bradford really tested him. After taking him on a raid, West again froze when the bullets started firing. Bradford was furious with Lopez for not telling him beforehand. West begged for Bradford to help fix him and he took him to meet a man with agoraphobia. The chat seemed to help him.

Nolan and Lopez attended court and had to track down a prisoner who escaped. They found him dancing with his daughter at her wedding and let him finish the dance. Back in custody, he told them of a large drug deal that was going down. Grey went into the field with his teams and Bradford ordered West to stay in the car when the dealers started firing. West saved Bradford by driving their car into one of the dealers.

Elsewhere in the episode, after Bishop gave both of them a hard time, Nolan finally broke things off with Chen. She was upset that he seemed to find it easy to do and left.

Watch the promo for The Rookie 1×05 The Roundup:

In the fifth episode, Nolan, the rookies and their training officers get involved in a competition that pits them against each other, while Officer Lucy Chen notices Officer Tim Bradford is obsessed with winning at all costs.

Preview The Rookie 1×05 The Roundup with our gallery: