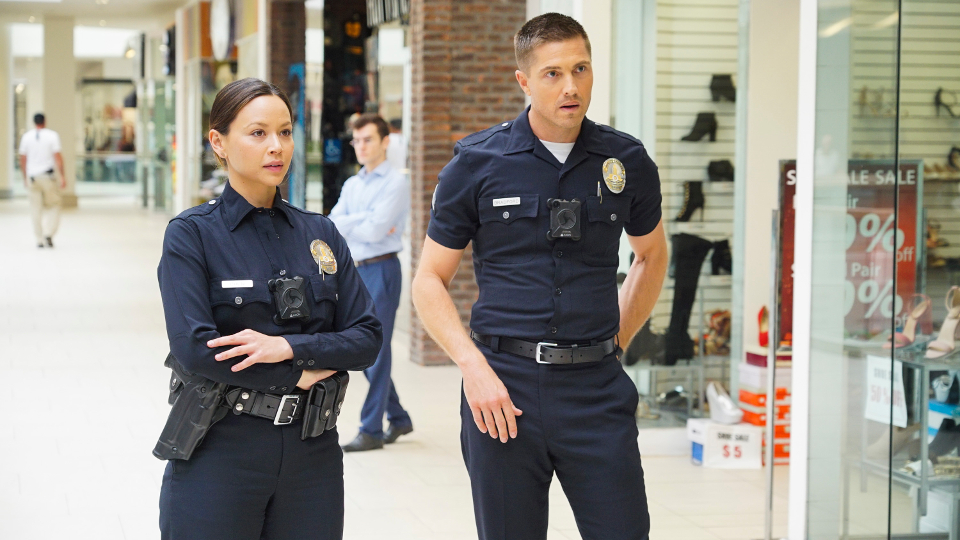 The latest episode of The Rookie saw the team compete to see who could get the most arrests in a single shift.

The main story this episode was the Roundup competition which turned out to be Bradford’s (Eric Winter) favourite day of the year. Chen (Melissa O’Neil) couldn’t believe how obsessed he was with it or the lengths he would go to in order to ensure they won.

He essentially bribed and charmed dispatch officer Nell (Sara Rue) to pass all high-risk calls to him so they could bag the most points.

Lopez (Alyssa Diaz) and West (Titus Makin Jr.) got off to a flying start but Lopez eventually made them slow down.

Bishop (Afton Williamson) didn’t want to play, much to the disappointment of Nolan (Nathan Fillion). He tried to play anyway but she found out.

In the end it was Bradford and Chen who were victorious, mostly down to Lopez and Bishop letting him win because it meant more to him than anyone else.

Watch the promo for The Rookie 1×06 The Hawke:

In the sixth episode, Nolan and the team must help capture a cop and his former mentor and his former mentor from the academy after he becomes a fugitive following an assault. Meanwhile, Officer Tim Bradford needs Officer Lucy Chen to learn to predict the moves of criminals in order to capture them

Preview The Rookie 1×06 The Hawke with our gallery: