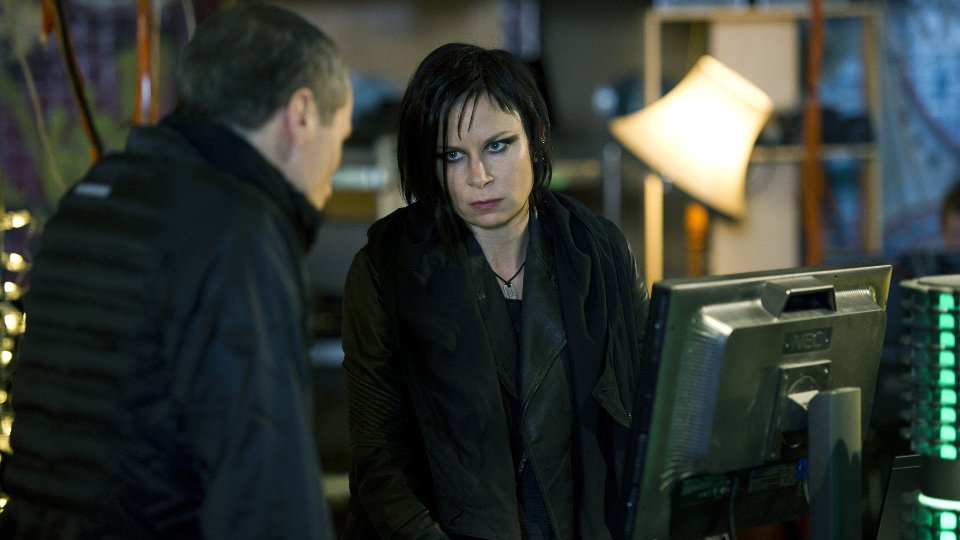 Any doubts that the return of Jack Bauer may not live up to the glory days of 24 were squashed when the show returned in a two-hour action-packed season premiere last week.

If you haven’t seen the latest episode of 24: Live Another Day and don’t want any spoilers stop reading now. If you want to relive all of the action then keep reading.

The pace continued with gusto tonight during 24: Live Another’s Day latest episode which picked up the action between 1:00pm and 2:00pm. At the end of last week Derrick Yates’ (Joseph Millson) girlfriend was revealed to be Simone (Emily Berrington), the daughter of this season’s big bad Margot Al-Harazi (Michelle Fairley), after she murdered him and stole the device that controls the drones.

Tonight’s episode picked up with Jack (Kiefer Sutherland) and Chloe (Mary Lynn Rajskub) trying to find Derrick and quickly realising that Simone had double-crossed him with Jack finding Derrick’s body in the toilet of the pub. Once they realised that Simone was something to do with it all, Chloe managed to locate her at a tube station and Jack gave chase through the Underground. With Simone in his grasp, the wily young woman managed to give Jack the slip by cutting her leg and smearing blood on her face claiming that he was trying to kill her so she could get away.

Jack chased her through Charing Cross but lost her and Chloe’s focus was elsewhere as she got distracted by a young family coming out of the station. Simone managed to sneak through a staff door in the station and get into a taxi outside without anyone catching her.

An annoyed Jack returned to the car where Chloe was waiting outside the station. Asking how she could have missed Simone, Chloe revealed that she got distracted and broke down as she told Jack how her husband and child were killed in an ‘accident’ which she suspects was meant to kill her because of what happened at the end of the last season. The moment was actually pretty emotional and we almost saw through Jack’s steely nature. Soon though he told Chloe you can’t bring back the people you love and that he needed her help. He also made it clear he would force her to help him if she didn’t do so willingly.

Redeeming herself, Chloe discovered the link between her and Margot. We also got to find out just what Margot has against President Heller (William Devane). He gave the order for a drone attack that killed her terrorist husband so her revenge is the central theme so far this season.

Speaking of Margot we saw just how cold and calculated she really is. Despite being relieved that her daughter had made a safe getaway with the device, she didn’t wait too long to lay into her about being careless whilst sowing up her wound. We also learned that Margot’s son Ian (Liam Garrigan) was in on her plot to attack iconic London locations with the drones as well as killing President Heller. Someone who isn’t quite down with the plan is Navid (Sacha Dhawan), Simone’s husband who couldn’t quite get past what his wife did to trick Derrick and steal the device. It seems guilt could get the better of him but creepy Margot is all over it thanks to secret camera installed throughout the house so she can keep an eye on everyone.

Kate Morgan (Yvonne Stahovski) spent the majority of the episode being a bad-ass and impressing Erik (Gbenga Akinnagbe) along the way. Despit being told to release all the suspects at the housing estate where Jack escaped the FBI, Kate knocked out Basher (Tamer Hassan) and kidnapped him to get information. She convinced Erik, and Navarro (Benjamin Bratt) to let her go through with her plan which consisted of taking him to a gang that’s after him threatening to hand him to them if he didn’t talk. He told her all the information he knew and she spared him.

Kate and Erik then headed on to the U.S. Embassy where Jack was busy trying to get in with a fake ID to hand over proof that the drone was hacked. Leaving the ID faking to Chloe and her hacker friends, Jack wasn’t expecting Adrian Cross (Michael Wincott) to throw a spanner in the works and alert the embassy that Jack was a wanted man. When Chloe realised what had happened she told Jack to leave the scene just as the embassy guards were about to apprehend him. Jack had other plans though and ran into the crowd causing havoc by opening fire on two civilians allowing him to storm the embassy whilst mass panic broke out.

As Jack disappeared into the embassy, Kate and Erik were close behind him.

What about Mark Boudreau (Tate Donovan) and Audrey (Kim Raver) we hear you say? Well Heller’s Chief of Staff Mark clearly has his own motives and continued to try to convince Audrey to get her father not to speak to Parliament. He also forged the President’s signature on an executive order to hand Jack to the Russians.

Audrey appealed to her father who turned the tables asking is her marriage was ok. Trouble at sea then? Audrey tackled Mark twice in the episode once over his treatment of her father and once over his forceful nature towards her. President Heller listened to no one and went ahead speaking to Parliament. He got a real grilling and was left speechless as Mark and Audrey looked on horrified.

24: Live Another Day continues Mondays at 9/8c on FOX in the US and Wednesday at 9pm on Sky 1 HD in the UK.