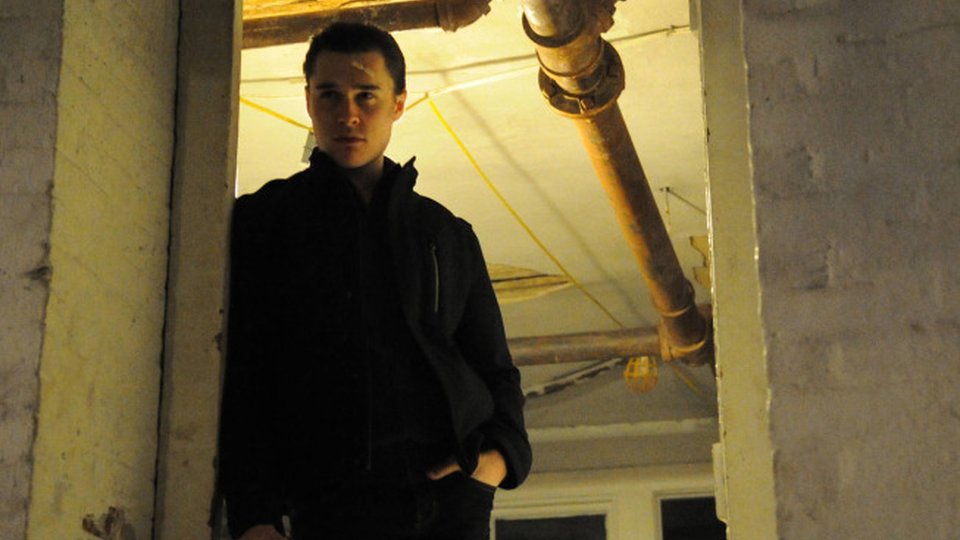 The Following’s second season came to its gripping conclusion tonight in the UK and another life was lost before the credits rolled.

If you haven’t seen the latest episode of The Following and do not wish to read any spoilers we recommend you stop reading now. If you have seen the episode continue reading.

Forgive picked up exactly where last week’s penultimate episode Silence left off as Joe Carroll (James Purefoy) has Mike Weston (Shawn Ashmore) at gunpoint in the church he and his followers had barricaded themselves inside of. Aiming to draw our Ryan Hardy (Kevin Bacon), Joe fired his gun seemingly at Mike as the screen faded to black. Did he really kills Weston?

No he didn’t. That clever little cliff-hanger that made us worry for an entire week about the show’s most passive aggressive character’s fate proved to be a red herring as Joe actually shot and killed Preston Tanner (Carter Jenkins). Once Joe revealed he knew that Claire (Natalie Zea) was alive, Ryan started to worry and called her to check she was ok. To his shock Luke (Sam Underwood) answered the phone and revealed that he and his brother Mark had Claire hostage.

Luke told Ryan that if he brought Joe to him alive he would release Claire and sent Ryan a picture of a bloodied Claire to prove that he did actually have her. Spurred on by his love for his old flame, Ryan tipped off Max (Jessica Stroup) and called on her to help him get Joe out of the church without the FBI stopping him. As Max helped clear the way, Ryan surrendered to Joe and told him that Claire was in danger. He also punched Tilda in the face (go Ryan) but left Mike looking disappointed that he didn’t kill Joe.

Joe agreed to go with Ryan who then punched him in the face and threw him a towel to cover his face so no one would see them on the way out (good disguise!). The two, along with Mike, walked right out of the church and put Joe into a waiting car. After giving Max a huge, Ryan sat behind the wheel and drove away with Joe.

On their way to the psycho twins location, Ryan was rammed off the road by a follower that Joe had tipped off as he left the church. The car over-turned and Joe escaped from the wreckage with the help of the follower. He soon had a change of heart and decided to help Ryan so he shot the follower dead, pulled Ryan from the car and jumped into the now abandoned car that belonged to the dead follower. Amazing neither Ryan nor Joe was really injured except slight hobbles, which soon disappeared altogether.

As Ryan and Joe continued on their way to the remote house that Sam, Mark and Claire were at, Max and Mike set off to join them and make sure they were on hand for backup.

Ryan and Joe arrived first at the house and upon entering were drawn towards a room where music played. The simple search mission Ryan thought he was on soon turned into a twisted dinner party with Sam and Mark as the hosts. Ryan and Joe listened to their voices over a speaker system telling them to relax and have a drink before they heard screams from Claire. Rushing to find her, they discovered her with a bag on her head, noose around her neck and feet just about touching a barrel. As they helped her down, one of the twins appeared with a smoke bomb knocking everyone out (except him as he was wearing a gas mask).

When Ryan and Joe woke up they were tied to chairs around a set dinner table as Claire was brought in to join them. The twins decided they wanted to play a game to get some answers out of Ryan which involved playing Russian Roulette with Claire as he looked on helplessly. After trying to tempt him with an alcoholic drink, Luke poured vodka into Ryan’s mouth and over his head.

As the party got intense to say the least, Max and Mike turned up at the house. Inside Joe continued to antagonise the twins and they revealed to him that it was Claire that killed Emma (Valorie Curry) and not them. They also told everyone that Ryan killed the man who murdered his father when he was a teenager. Shocked faces all around and a furious looking Joe!

Before the twins managed to put a bullet through anyone’s head, Max and Mike shot through the windows wounding Luke (that boy has 9 lives he really does). As they emerged through the shattered windows the twins ran off taking Claire with them. Mike and Ryan followed them and Claire managed to break free from Luke and ran straight into Joe…uh oh!

Mike got into a fight with Mark and revealed that it was he, not Ryan, that killed Lily (Connie Nielsen). Just as he was about to finish Mark off for good, Luke reappeared knocking Mike out. Lifting a plank to finish him off, Luke was stopped short when Max shot him. Hurrying towards the room, Max saw Mark carry Luke’s body off and she attended to Mike who was still alive.

Back to Claire and Joe. The two had an intense conversation in the hall which was interrupted by Ryan. With his gun pointed to Joe’s head, Ryan was in prime position to kill his adversary whilst Max, Mike and Claire looked on. Instead he chose not to and requested that they call the FBI so Joe can be dealt with the proper way.

Once the FBI arrived, Joe was carted off but not before asking if Ryan would visit him in prison. Mike asked Ryan why he didn’t kill Joe and he responded saying ‘it had to end’. We’re presuming he meant the killing otherwise he doesn’t understand that the only way he could have ended Joe’s reign of terror was to kill him. Next Ryan went to see Claire who told him he’d done the right thing by not killing Joe. Odd that it was her sole purpose for being in this series so seems she’s changed her tune. Claire also delivered a blow to Ryan telling him they couldn’t be together and that he had to move on with his life without her. Harsh Claire! Harsh! Kick a man whilst he’s down why don’t you.
As one relationship was seemingly closed forever, another one blossomed as Mike and Max finally shared a passionate kiss. She said ‘about time’ and we couldn’t agree more!

Ryan returned to his apartment with a bag of Chinese takeout (ring any bells from season 1’s finale?). He ate it and went to bed where he had a nightmare that he woke up next to Luke’s body with Mark ready to attack him. Phew!

The episode, and indeed the season, came to a close with Mark putting Luke’s lifeless body into the back of a car before telling the mystery driver that he ‘didn’t know who else to call’. Who could that be we wonder? We’ll have to wait until next year to find out!!

The Following returns for a third season in January 2015.