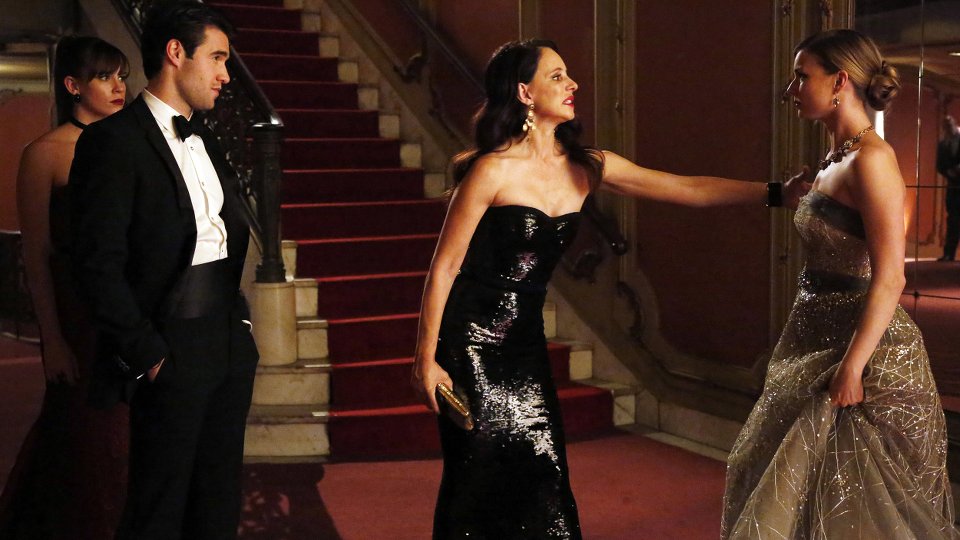 Emily (Emily VanCamp) finally put an end to those pesky blackouts in tonight’s episode of Revenge with the help of on/off boyfriend Aiden (Barry Sloane).

She wasn’t the only one putting things behind her as Victoria (Madeleine Stowe) had to wave goodbye to Patrick (Justin Hartley) after his latest murder. Surprisingly Nolan (Gabriel Mann) helped her – we never thought we’d see those two working together. Elsewhere Daniel (Josh Bowman) hired a private investigator to track Emily and discovered the two are in cahoots and Stevie (Gail O’Grady) waged war against Victoria.

Could Stevie be hiding more secrets? After the recent reveal that she was Jack’s mother, it seems that Stevie is somehow involved in what happened to Emily’s father too. How will this one pan out?

Next week’s episode is titled Disgrace. The arrival of Margaux’s (Karine Vanasse) father Pascal (Olivier Martinez) makes waves throughout the Hamptons. Nolan finds a familiar intruder in his home. Emily and Victoria have a very public showdown.

Things are just getting juicier and juicier in the second half of this season aren’t they? Tune into E4 on Monday at 9pm to see the episode and preview it in our gallery below: