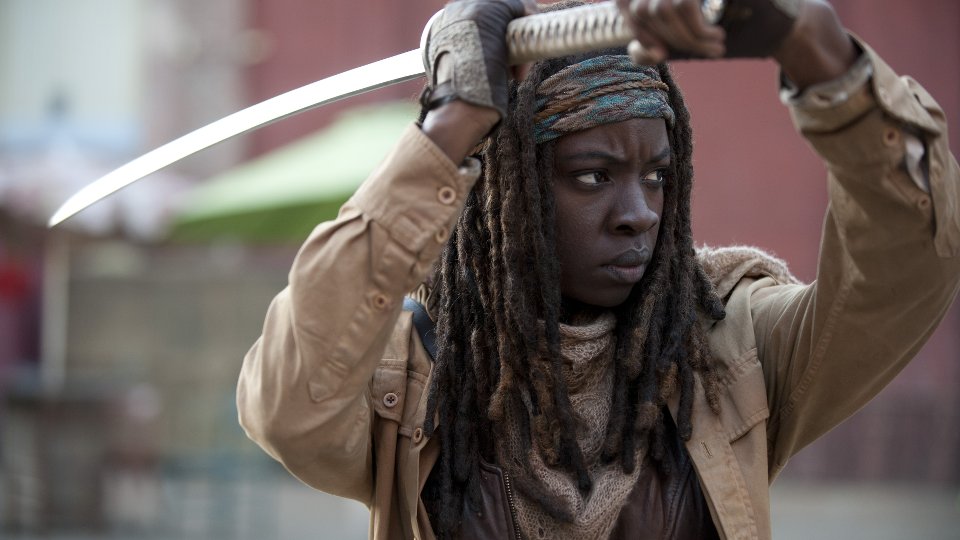 The fourth season of The Walking Dead finished recently and our minds have gone into over-drive picking apart the season.

The show has become of those moves around in our affections week-by-week. It’s fair to say that the second half of season four wasn’t as strong as the first half as we spent time jumping around from characters once the main survivors became separated.

With this narrative technique came a heap of issues and meant the quality of the show, as well as the enjoyment value, changed depending on who the focus was each week.

We’ve been thinking long and hard and here’s 10 things we want from the fifth season of the show:

1. Less focus on minor/newer characters. Season 4 got bogged down by introducing new characters then forcing us to spend time with them before they were inevitably killed off. The fact that Tara, Abraham, Eugene, Rosita and Gareth have all been promoted to regulars doesn’t inspire much hope.

2. Rick (Andrew Lincoln) to be reunited with Judith. Now that we know Judith is alive and well, we think it’s time she was reunited with her father.

3. Carol (Melissa McBride) and Tyreese (Chad Coleman) to save the day. We’ll admit we previously wanted Tyreese to be killed off but we’ve kinda grown to like him during the second half of season 4. The way he forgave Carol was pretty emotional and he seems a decent guy. As Carol and Tyreese are the only ones not at Terminus then we hope they rescue the others.

4. Terminus to be resolved fairly quickly. We don’t want another Woodbury situation that drags on for ages. We hope the storyline is spread over a two-hour opener for the season with the survivors moving on to their next adventure by the end of it.

5. Beth (Emily Kinney) to return as a bad ass. With a complete lack of storylines, Beth has still managed to make us root for her (a little bit). There was a bit of chemistry with Darryl until she was kidnapped. When she returns we hope she’s a bit more of a force to be reckoned with rather than a doormat.

6. Glenn (Steven Yeun) and Maggie (Lauren Cohan) to take over leadership of the group. The characters are the most grounded in the series and have stability with each other. Rick is in severe need of a break and the recently reunited lovebirds get our backing.

7. Carl (Chandler Riggs) to go bonkers. We said it during the mid-season break and we’ll say it again, Carl has to turn against Rick at some point. With no big bad particularly clear at this point (well except the odd community at Terminus), Carl could prove a good adversary to Rick somewhere down the line. We’ve already seen signs of the youngster’s frustration…

8. Michonne to kick ass once again. She’s easily the best character in the show and whilst we’ve enjoyed learning more about her past and seeing her human side, we need some samurai sword action pronto. Michonne is at her best when she’s kicking ass and taking names.

9. A bit of romance. Now we know there’s walkers to avoid and evil humans but surely romance must be in the air for someone. Bob (Lawrence Gilliard Jr) and Sasha (Sonequa Martin-Green) are definite candidates whilst Darryl (Norman Reedus) has his choice of Beth and Carol – we think he should choose Carol!

10. More even pacing. We’re just going to go ahead and say it – at times the fifth season was pretty dull. One minute the show was amazing the next it was about as exciting as watching paint dry. We acknowledge it can’t be action-packed every week but spread out the pacing so there aren’t so many dips.

The Walking Dead is due to return for a fifth season in the US and the UK this autumn.