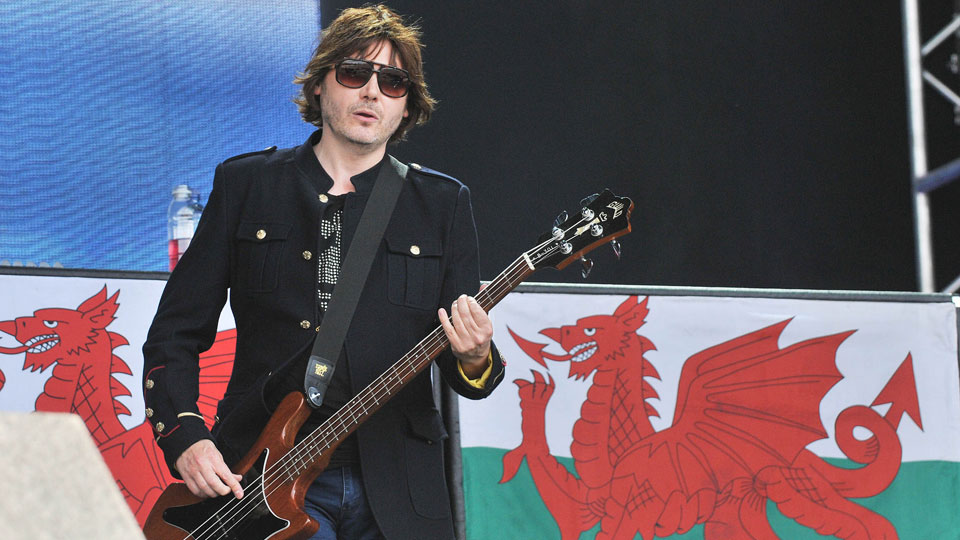 All week we’ve been bringing you content from last weekend BBC Radio 2 Live in Hyde Park including a review of the day, highlights and interviews with Sharleen Spiteri and Jack Johnson.

Our final interview is with Nicky Wire from Manic Street Preachers, who performed one of the standout sets of the day on the festival’s mainstage. The band performed classic hits as well as a taster from their new album Rewind the Film which is out on Monday.

The bassist, lyricist and vocalist sat down with us to talk about the band’s new album, discuss the importance of the critics and reveal if the Manics could ever see an end for the band.

Rewind the Film is released on Monday. Do you still get nervous about the reception an album is going to get after all these years?

I think we get worse. Having this at 44 and still competing with lots of young people, I think we feel more nerve-wracked than ever if I’m honest with you. We still think we’ve got this inbuilt thing to communicate with people so we want people to hear it, if they still want us.

Yeah, but you know what I mean. It’s hard. Most of my favourite bands by the time they were 40 and on their 11th album didn’t really exist. All the bands we grew up with have split up and reformed.

At this stage in your career is success based on what your fans think rather than the critics?

No! (laughs). I read every review, even the shittiest micro-blog from the depths of nowhere. I like people’s opinions to be honest. I don’t care if they’re bad. Obviously you want them to be good but criticism can be healthy. I’ve learned a lot from some of my favourite music writers who criticised us. When you get a good review, and this album has had a lot of good reviews so far, it makes you feel good.

Are you ever tempted to go onto blogs anonymously and tell them they’re talking rubbish?

It’s dangerous! I’ve watched The West Wing and I think of it too much to ever dip into that cess pit (laughs).

What’s kept Manic Street Preachers going for the past 27 years?

I think what’s kept the band going is that we have other interests. Knowing James since I was four, if all we did was talk about music day-in day-out I don’t think we would have lasted. It’s good to have a different angle because people get sick of you otherwise.

Do you ever see an end for the Manics or do you see the band playing festivals for as long as you can?

I think we do see an end to playing live. I don’t think we see an end to making records because we just love being in the studio. It’s the one time that all the hatred and spite…there’s no one there but us three and we can be like we were when we were 18. It’s a magical feeling and we’ve got a bond.

You’ve done some great collaborations over the years. Is there anyone you’d still like to work with?

We wrote 3 Ways to See Despair for Morrissey but we were too scared to ask him. I couldn’t have taken the rejection. I could take it from most people. There’s lots of people. It invigorates us working with other people. It’s not that we dislike James’ voice (laughs).

The Manics have always been a very political band and it comes across strongly in your music. What do you think upcoming bands have to sing about today?

Lots! I don’t really hear anything, except with Plan B maybe. He had a song last year where he tried to address what it’s like to be young and growing up in Britain. I think most people just want to ignore it and enjoy the good times. I find it slightly disheartening because there’s a lot of stuff to write about. It shouldn’t be up to us to do it. We’re way too old you know. I’m glad I feel old now. I’d never felt a generation gap until this album really. I do feel slightly ostracised from youth which is good. It’s how it should be.

Manic Street Preachers release their new album Rewind the Film on Monday. Check out the video for Show Me The Wonder below: