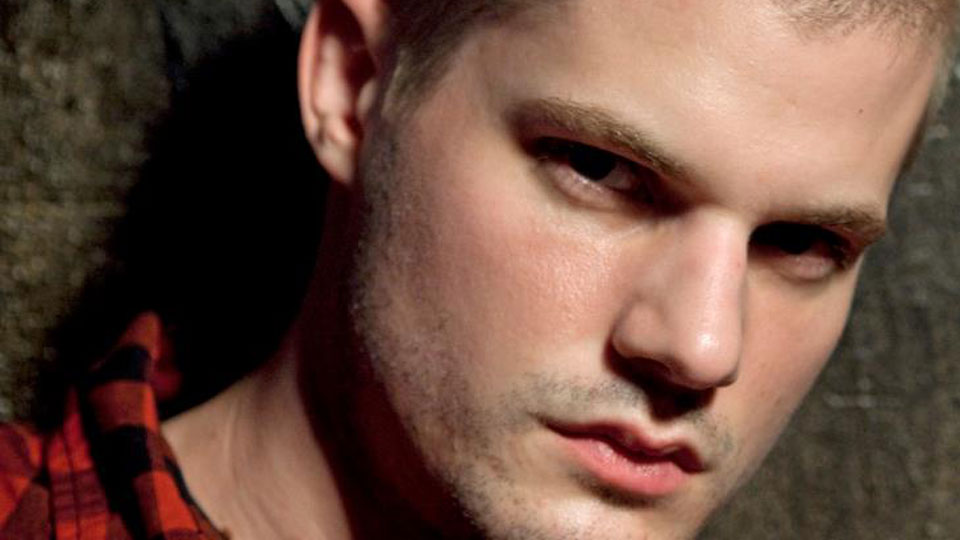 Jay Brannan may have risen to fame in the controversial movie Shortbus in 2006 but it’s his music that’s really captivated his fans. Since his stunning debut album Goddamned in 2006, Brannan has toured relentlessly across the world in support of his releases. Following hot on the heels of 2012’s Rob Me Blind, Brannan has recently released new EP Around the World in 80 Jays and is currently touring the world in support of it. Last night he pulled into London for a date at The Borderline.

Taking to the stage around 9.30pm, Brannan immediately grabbed the audience’s attention with his tongue-in-cheek humour before opening his set with Square One.  For his set Brannan pooled songs together from all of his releases including his recently released EP. From that EP he performed a handful of songs including the Selena cover Bidi Bidi Bom Bom and Patty Griffin’s Top of the World. He joked during his set that few people would choose to release an EP featuring songs in six languages they don’t speak. You wouldn’t have been able to tell from his performance that he didn’t mean every word he was singing as he sung with such passion.

The moments when the audience really came to life were when Brannan performed some of his classic songs. Body is a Temple, which was a request from the audience, went down a treat as did his signature song Housewife. Half-Boyfriend was one that members of the audience kept requesting throughout the set so when it was finally performed there was complete silence whilst people lapped up every word of the song. One of the highlights for us was Rob Me Blind, the title track from his 2012 album of the same name. We’ve always loved the song but it sounds truly superb live.

Brannan closed his set with the moody Denmark leaving the audience filled with atmosphere and goosebumps. As the audience cheered loudly, it was clear that they would have been quite happy for Brannan to have performed for the entire night. Sadly the venue’s curfew meant that couldn’t be the case and we were left wanting even more.

As a live performer Brannan is one of a kind. Armed only with a guitar he manages to engage with his audience and create a real atmosphere. His songs are full of honesty, humour and emotion and you can tell he performs from the heart. We hope it’s not long before he makes his way to these shores again for another blistering live set.