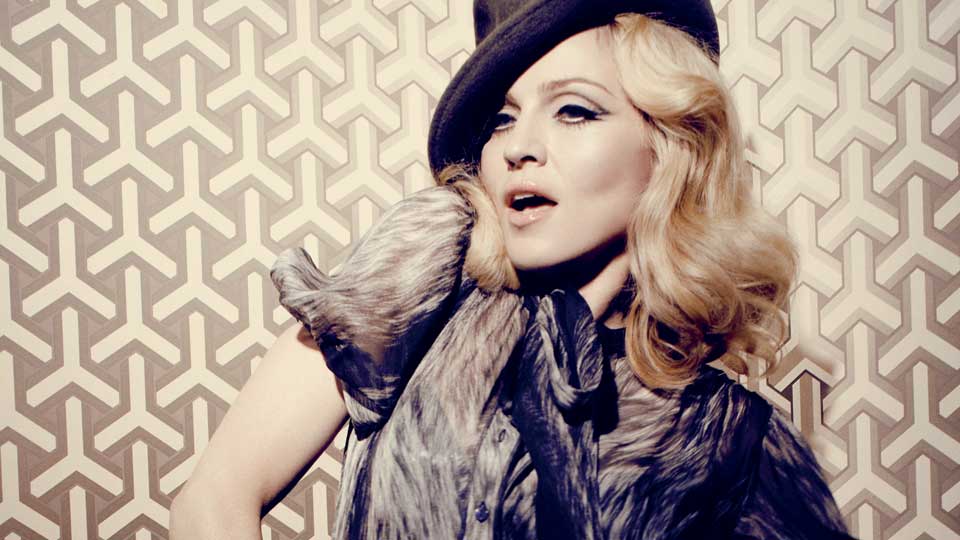 Madonna proved that she’s still the Queen of Pop in 2012 when her MDNA became the most successful single tour of the year. The tour took Madonna to 29 countries and included 88 sell-out shows in support of her latest album MDNA. The two-hour performance saw the global icon performing selections from the MDNA album as well as many of her classic hits and featured impressive choreography and sets.

The release of the MDNA World Tour has been overseen by Madonna herself who has spent 6 months editing the footage to ensure her fans get the best possible presentation of her incredible tour. We were lucky enough to see her in Hyde Park last year and we can safely say that the show was one of the best we’ve ever seen. Anyone who claims that Madonna has ‘lost it’ or needs to ‘give up’ should go and see her live, eat their words and then hail to the Queen.

As always with a Madonna tour there’s a healthy dose of controversy that comes with it as she mixes politics, sexuality, religion and violence with her impressive back catalogue of hits. The religious-themed opener Virgin Mary sets the tone before Madonna launches into her recent hit Girl Gone Wild. The controversy really kicks off as the star wields a gun whilst performing the auto-tune heavy Revolver before Gang Bang sees her shooting a lover in the head in a motel room decorated with religious iconography. These scenes were heavily criticised by some critics but what did they expect? This is a Madonna show and she’s nearly been anything less than ballsy.

Over the course of the two-hour performance Madonna digs into her back catalogue surprising fans with performances of classics such as Papa Don’t Preach, Hung Up, Open Your Heart and Vogue. She gets a dig in at Lady Gaga when she performs a mash-up of the star’s Born This Way with her own hit Express Yourself further adding fuel to the speculation that Gaga may have modelled the track on that song. Like A Virgin is given a makeover and turned into a waltz offering a different take on the much-loved classic.

Of the newer material Masterpiece slows the set down and gives Madonna a chance to catch her breath, Love Spent gets the audience singing at the top of their lungs and I’m A Sinner paves the way for the closing numbers of the set. Madonna’s son Rocco appears a couple of times through the performance showing off his dancing skills.

Highlights from the performance include the provocative Human Nature which sees Madonna stripping down on stage and the spine-tingling Like A Prayer which remains one of her finest songs to this day.

The show comes to a close with a party on stage to Celebration which sees Madonna putting in a seriously high-energy performance surrounded by dancers and makeshift turntables.

The MDNA World Tour has been released on multiple formats giving fans a great deal of choice. It’s available on DVD, Blu-ray, double CD, deluxe 2CD + DVD and an iTunes exclusive movie download. There should be something there to suit every kind of Madonna fan. The DVD contains an extra feature that shows behind-the-scenes footage of Madonna and her dancers in rehearsal as they prepare for the gruelling world tour.

Madonna is as relevant as performer today as she ever was. She’s most at home now on the live stage and her concerts always up the ante with every tour. Making perfect use of her dancers, the video screens and the sets, the MDNA World Tour is one of her most spectacular to date and she still performs with the passion and the energy she always has done. If you went to the show then get your copy of this and treat it like a souvenir. If you didn’t you need to check it out as it’s one of the best shows she’s ever done.

Madonna adds a second London date to ‘The Celebration Tour’