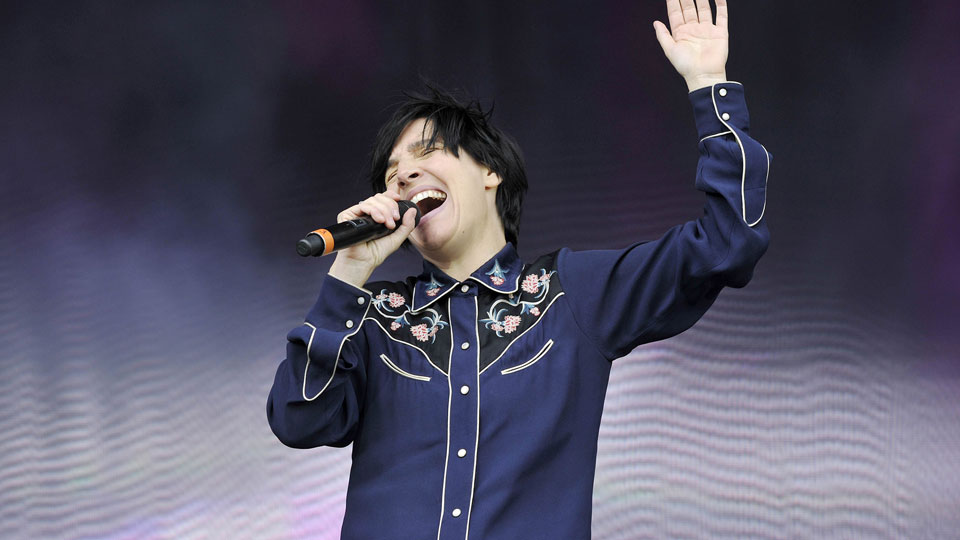 Texas returned with a new album The Conversation earlier this year and garnered lots of critical acclaim.

In support of the record the band performed on Sunday at BBC Radio 2 Live in Hyde Park treating fans to selection of their hits and some new tracks. They were joined on stage by Richard Hawley surprising the audience and experimenting with a bit of country.

We caught up with front-woman Sharleen Spiteri for a quick chat backstage to find out how she felt about the performance, talk about playing live and discuss the worst gig the band has ever played.

How does it feel to be back playing in Hyde Park?

Amazing. It’s just one of those things where especially after such a long time away you don’t know how people are going to react. You don’t know what it’s going to be like or if anyone is going to be interested. When you’re making the record you don’t think about that stuff. Until it becomes reality that you’re releasing a record you worry what if people don’t like us anymore or are we going to seem really naff. Then you put the record out. It feels amazing to have such a great reaction to it. Suddenly we’ve got 20-year-olds saying ‘I love Texas’.

How important has been BBC Radio 2 to your career?

Radio 2 has been very kind to us for a long time. When they don’t like the record they’re not kind to us, which is the truthful answer. They’re not going to play the record out of the goodness of their hearts to be honest with. Radio 2 wants good songs and memorable songs that their listeners will go away and buy. They’ve really been behind this record and were very upfront that it was for them. It’s very important for us to be on radio and it’s a big thing for us.

What would say is the secret to Texas’ longevity?

To be honest I don’t really know. I think the public smell a rat if there is one. You can hear when someone sings a song if they mean it or if it’s part of them. It attaches to them in some ways. We’ve done things and not always got it right. Texas has got it wrong quite a few times but when you love it that comes out and sees it through.

Probably the longevity for Texas is that we all know our place in the band. There’s nobody trying to be the superstar. I’m the singer of the band, that’s what I do. I write songs, that’s what I do. Johnny and I write songs, that what we do. If anyone else has a great idea then we look at it and decide if we’re doing it. That’s how it’s done. Everyone is happy doing what they do and we all reap the benefits of that if the band is successful.

When would you say then that Texas has got it wrong?

I don’t know if we’ve ever got it that wrong. There was one night in Detroit when we played a gig and in the audience there were about 30 people. We were originally supposed to play a different venue but we got moved to the Masonic Hall where there was a goth club underneath. The PA from the goth club was louder than our PA and it must have been about -10 in the building. We were so cold on stage and there were people there like John Lydon and Don Was. It was like ‘can somebody get a gun and shoot me because this is the worst gig we’ve ever played.’ We were so cold and they couldn’t hear us.

Wow only 30 people were there?

Playing to 30 people is fine, but when you’re playing to 30 people and its -10 trust me you can’t create any atmosphere. Even under the lights it was the coldest gig I ever played in my whole career and the worst gig I’ve played to this day. Awful.

You’re heading out on the road again in a couple months. How are you feeling about that?

I’m excited and looking forward to it. It’s going to be funny doing 3 days on and one day off. It’s going to be good. It’ll be interesting because we’ll be doing a full live set and that’s hard. We’ve been in festival season all summer squeezing songs into half an hour sets. To be able to put a lot more of the new songs in the set will be interesting. The Conversation has some really beautiful songs and I’m looking forward to mixing those with classic songs.

Texas’ latest album The Conversation is available now. Watch the video for the album’s title track below:

In this article:Sharleen Spiteri, Texas