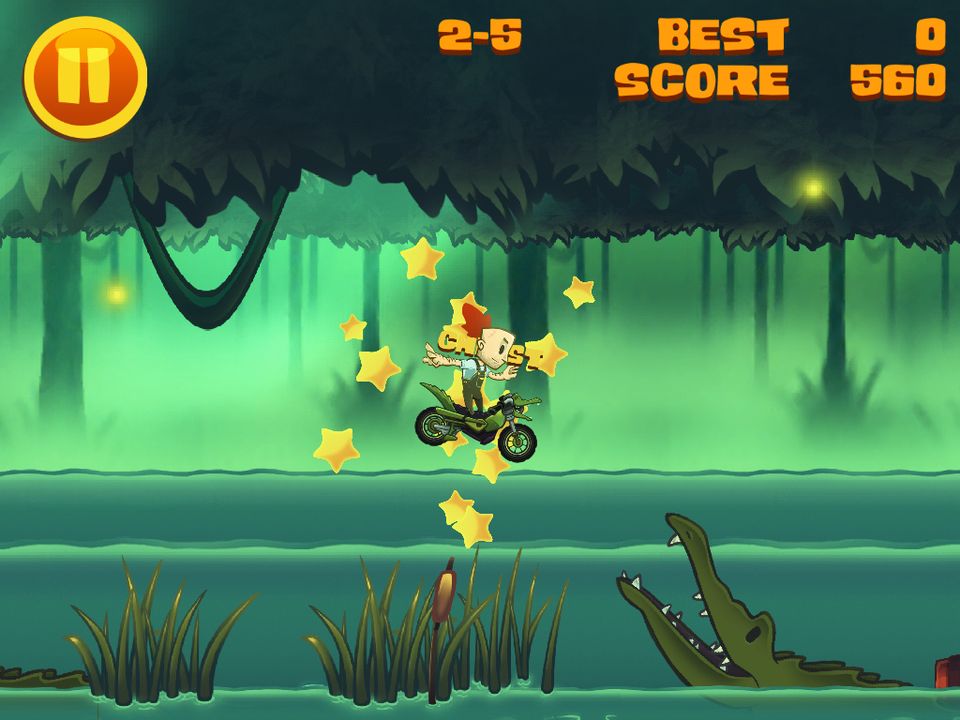 Players take on the role of Hill Bill as he becomes a bigger daredevil mastering crazier jumps and tricks daily. Taking place across six beautiful environments featuring 60 levels, Hill Bill mounts his trusty third-hand garage-sale bike and sets up his own ramps to ride. Gamers master jumps and tricks on bigger and bigger homemade ramps until it’s time to take the show on the road, performing death-defying jumps over greater distances at Mud Rallies, Race Tracks, and even the Circus, before attempting to master the greatest stunt of all, the Grand Canyon.

[quote by=”Ajay Chadha, Founder, B27″]Hill Bill is our first foray into the mobile space, and we wanted to draw on our past console experience to make sure that the graphics are impeccable and that the game provides hours of engaging and addictive gameplay. Hill Bill is a perfect meeting of fun, quirky art style, authentic sound effects, colorful environments and exciting gameplay, and we know that iOS gamers will continue coming back for more.[/quote]

Developed by B27, Hill Bill is available now on the App Store for iOS for £1.49. For more information about B27 and Hill Bill check out the Balloon 27 Website.

In this article:Balloon 27, Hill Bill, iOS