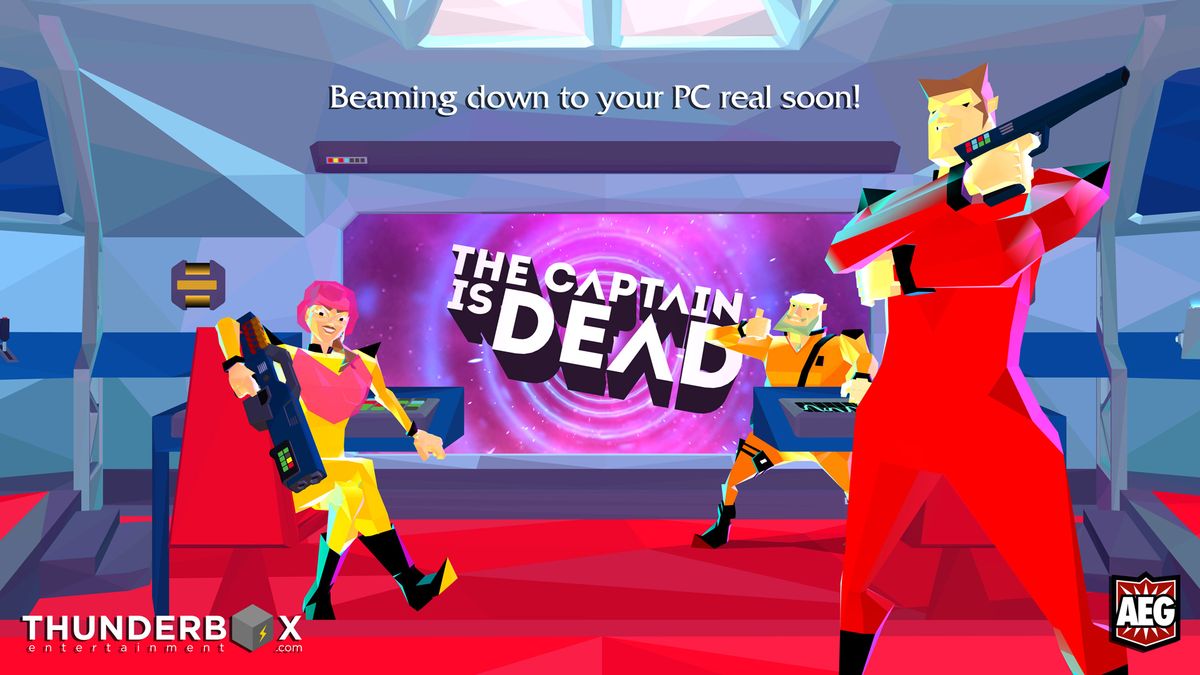 Sci-fi board game The Captain is Dead has arrived on PC via Steam, Google Play and the iOS App Store today.

Developers Thunderbox Entertainment have taken the original cardboard experience of The Captain is Dead board game and zapped it into the future. Get ready for a survival-strategy adventure that is part board game, part video game, and part low-poly, retro-futuristic, synthwave space opera!

Watch the official teaser for The Captain is Dead below:

Stranded in the icy depths of space, you must take control of your wayward crew as they repair the ship and stand by to repel boarders. Hope is not lost though, as each crew member has a very particular set of skills… from the fleet-footed Ensign, and expendable Crewman, all the way up to the battle-hardened Admiral. It’s down to you to leverage each character’s unique abilities to avoid total and utter annihilation in a remote and forbidding sector of the galaxy.

But don’t fret… the ship’s onboard AI is always ready with strategic tips to help save your space bacon; all you have to do to survive is upgrade your ship with science, destroy alien frigates with torpedoes, heal the crew in a weird, floaty, tank thingy, punch xenomorph boarders in their tentacles, and hyperspace the heck outta there.

Next-gen 3D graphics from the 90s bring the uniquely angular art style of the original table-top phenomenon to life, and a super-talented voice cast, featuring Kevan Brighting (The Stanley Parable, Void Bastards, Portal) and Elias Toufexis (Star Trek Discovery, The Expanse, Deus Ex), lend their vocals to the beleaguered crew, backed by a blistering soundtrack from top synthwave producer, Occams Laser, that remixes on-the-fly to keep the beats in synch with the on-screen devastation.

Interested? Get to the bridge because The Captain is Dead is out now on Steam, iOS and Android.

In this article:Android, iOS, PC, Steam, The Captain is Dead, Thunderbox Entertainment