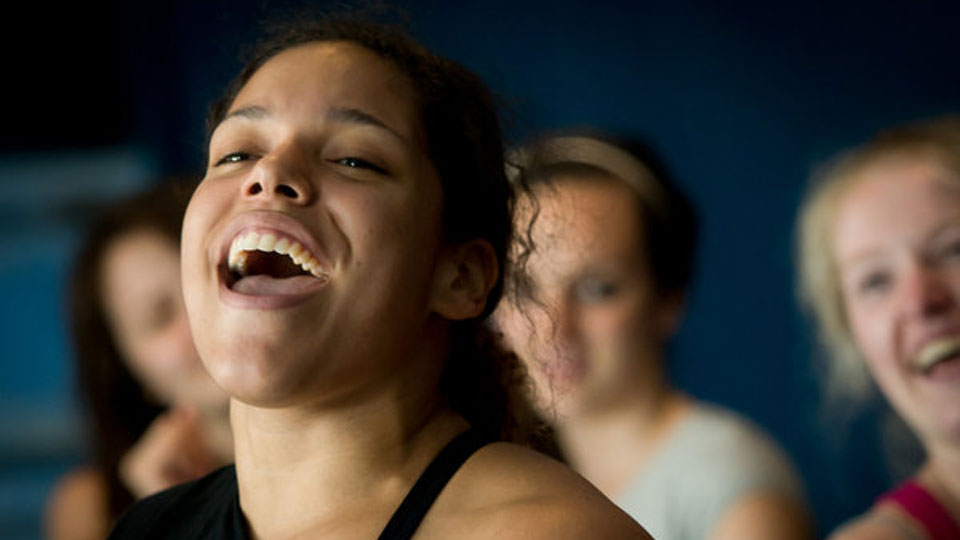 Paula James is currently rehearsing the part of Salome in Lazarus Theatre Company’s production of The Tragedy of Mariam, which will play at the Tristan Bates Theatre in a few weeks.

We caught up with her to ask her about her part in the play, which forms part of the Camden Fringe Festival.

We asked Paula about her performance background, about how she came to get involved with Lazarus, and how she’s approaching the dark character of Salome in a play with fabulous well-written female parts.

Tell us a bit about your background as a performer.

I trained at Drama Studio London graduating in 2010 and have worked predominately in theatre with a few short films under my belt. I am an actor/musician, with a singing and dance background which has meant that I’ve been drawn to companies that have a physical and musical approach to theatre.

How did you get involved with Lazarus Theatre Company?

While graduating from drama school I auditioned for the Lazarus production of Hecuba, and was incredibly lucky to get the role of Helena. A Lazarus audition is great fun: they workshop you, get you stretching, singing, and playing games. This which allows them to really get a sense of how you move and work with text, which in turn gives you a chance to show so much more of who you are as a performer.

How do you find working for them?

Well, this is my third production with them so it’s safe to say that I enjoy it a lot. Lazarus has a really specific, inclusive and detailed way of working that I appreciate. As a physical company the whole cast warm up together, research together, work the text, devise and create music together, all of which helps to create that strong sense of ensemble. It’s very stimulating and rewarding to have such creative input in a production.

You’re playing Salome. Tell us a bit about her and about how you’re approaching the character.

She is one of the darker characters in the play and is capable of doing some incredibly striking things, but the way that she is written, in fact, the way all of these characters are written, she’s not just a two dimensional villain. I fell in love with Salome on my first reading and one of the things I have found most challenging is how much I empathise with her. I am greatly influenced by her strength, her honesty and her ability to behave unlike any other woman in the play, but I can’t let that excuse some of her actions. I don’t want to give too much away but it’s very clear that Cary intends for Salome to be a malevolent force in the play and it’s my goal to fulfil that role without denying her humanity.

It’s the first play known to be written by a woman. What significance, if any, does that bring to the text?

We’ve spoken about that at length because it’s such a lovely, unique thing to keep in mind. It has significance in that The Tragedy of Mariam is an incredibly powerful piece, as it depicts these wonderfully complex women, none of whom could possibly be considered two dimensional or weak. There is not a single character (certainly in Gavin’s edit) who enters stage left, has two lines and exits never to be seen again. We’ve been playing with the idea that it feels as though Cary uses this play as a discussion and exploration into how to live her life.

What do you make of Elizabeth Cary’s text?

The text is actually very poetic which lends itself to an audience insofar as they can almost predict the ending rhyme, what’s going to be fun is that we as performers have the chance to really play around with that. The themes she explores with this play are still very relevant and there is a real sense that because this play was a closet drama which would have avoided the censors scrutiny. Cary is addressing concerns and voicing opinions in a refreshingly open way that seems very modern and will resonate with audiences today.

What can we expect from this production?

These fabulous women are going to be elegant and powerful and this production is going to tell their stories in a really honest fashion which is a testament to the text as well as the company. There may be some dancing, there might be some singing, but in order to find out you’re going to have to come and watch the show!

Have you performed at the Tristan Bates Theatre or for the Camden Fringe before?

I’ve not performed at the Tristan Bates Theatre yet so it’s very exciting to be working there in August, but Lazarus’ Hecuba at the New Diorama in 2010 was part of the Camden Fringe. Festivals are a great way to be reminded that there is a huge network of talented performers in London and to catch a whole range of different performances.