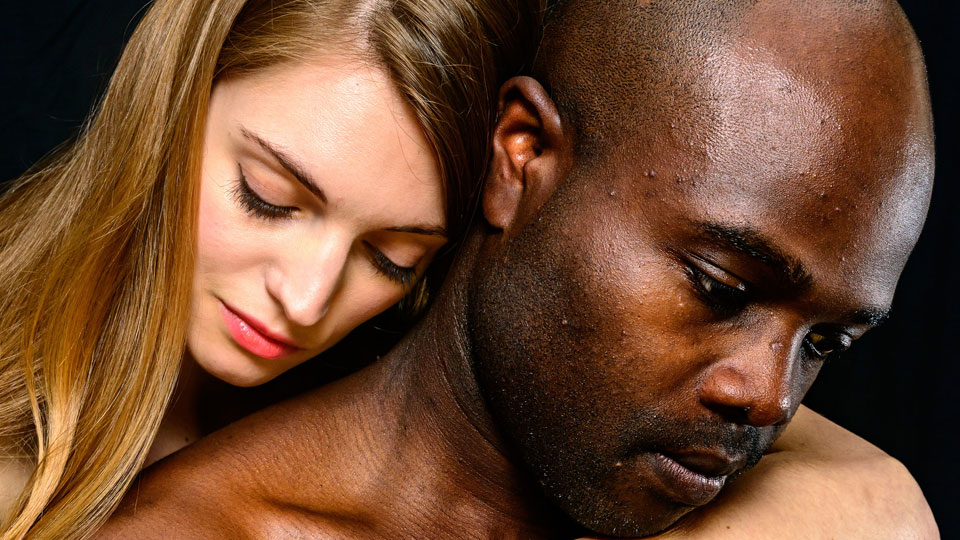 John Ford’s ‘Tis Pity She’s a Whore doesn’t enjoy that many revivals, which really is a pity, because it’s a cracking play. If you’re going to tackle a controversial story, the best way to do it is to make no apology and to throw everything at your audience. That’s precisely what Lazarus Theatre Company achieve with their take on it.

Sure, people will be offended. The subject matter of incest is enough to make anyone a little queasy. Violence and lacerated animal hearts will offend pacifists and sensitive vegans in this production that drips, literally at times, with blood. But if you enjoy taking offence, stay away from the theatre and do something else.

The decision to cut the text and run straight through for just over an hour and a half works creatively. It gives the audience no respite from what is a fast-moving plot that has all the hallmarks of soap opera, with dubious marriages and incestuous longings.

The ever-excellent Prince Plockey takes on the role of Giovanni, and the alabaster-like Lucy Walker-Evans (who seems born to play tragic Jacobean heroines) is his sister Annabella. An enacted consummation of their passion, in the centre of the stage on a large dining table gives you an indication of the style of this production. We couldn’t quite decide whether the contrasting black and white actors, who don’t look like biological siblings, made the incest more palatable or less, since a constant reminder of the aberrant nature of their lust is needed.

John Ford was also brave enough, at a time when the church was vastly more powerful, to throw in a cleric in the form of Bonaventura, who represents all the vacuous sanctimony of religious certainty. Edward Boon is wise not to caricature the part and to allow the words to speak for themselves. In contrast, Luke Dunford is a riot as Bergetto. The small environs of the Tristan Bates Theatre do well to contain his delightfully rumbustious performance, which draws quite a number of laughs.

This is an ensemble that works very well together, with a unity of style, and they all sustain the frantic pace. There are a few stylised moments, such as the gatecrashed wedding, that don’t wholly convey the plot, but since the scenes blend with no pause, there’s no time for ‘lost’ moments to distract for very long.

This production brings the text to life, and a young and energetic cast will lend it an appeal to students of the play, who are likely to see it in a whole new light. That said, it’s great to see a strong production of an often under-performed classic on the stage, and this relentlessly entertaining adaptation is certainly a fresh take.