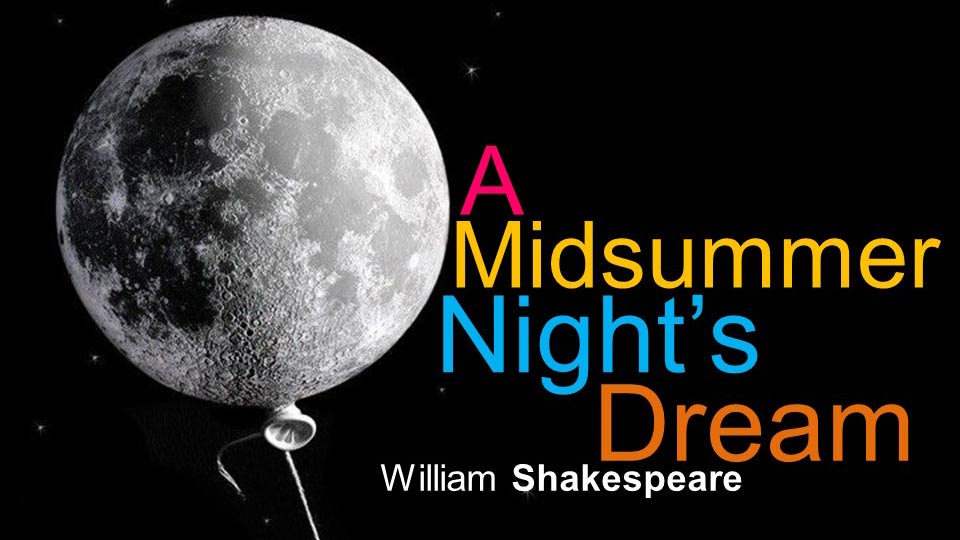 It’s hard to bring no baggage to a production of the Dream, to clear the memory of the many past interpretations and have no expectations. Such is the curse of a well-loved, well-trodden story. With this re-imagined, re-cut version from Lazarus Theatre Company, I was hoping the job would be easy, that I would forget previous revisions as soon as their unique approach to a classic took flight.

Initial signs were great. The stripped-back stage revealed the wings and lighting rigs. A huge balloon (moon) hung low to the ground, stage-right. Military music suggested this would be a darker take on the story, emphasising the restricting regime of the Athenian Court. The beginning, too, was arresting and fresh: a sudden switch in tone as the company took to the stage, to deliver a welcoming choral before the story’s necessary set-up.

The set-up was efficient. Hermia is betrothed to Demetrius but in love with Lysander. Egeus (Zoe Campbell) pleads with Theseus to force the marital hand (nicely conceived as a heckling mother). And so it goes: Hermia is ordered to marry Demetrius. Should she refuse, her punishment will be life in a convent or death. A high price to pay for love (although, this price felt a little lost). And then there’s Helena, close friend of Hermia, and in love with Demetrius. When Hermia trusts in Helena, and tells of their plans to elope, Helena is so keen to win the affections of Demetrius, she reveals the lovers’ plan. And it’s into the woods we go with the lovers: Lysander and Hermia fleeing their elders’ dictates, the heart-sick Helena and Demetrius in tow.

It’s here, the forest, where the heart of the Dream often lies. This is where nature’s out-of-whack, thanks to a spat between the king and queen of the fairies. And where a bunch of ‘rude mechanicals’ have chosen to rehearse their play for the wedding feast. As literature so often tells us, woods and forests are places where society dissolves. Worlds of misrule, of mistakes and traded identities, of risk and discovery, of animal urges and love running riot.

Director Ricky Dukes ushers in his forest with the necessary sense of an event. He then keeps the multi-player world bubbling with a variety of playful touches. And, thankfully, keeps his scalpel in check when cutting the complex plot. But it was never clear what forest he’d created, which breaks in the norm he wanted to foreground. As the lovers fall under the spell of Oberon and Puck, and Bottom becomes an ass, it’s all very clear. But something felt missing: I wasn’t chuckling, I wasn’t squirming, I wasn’t drawn into the dark joy of the mis-fired magic.

Perhaps it was the even approach to the text, with many of the performers following a very noticeable iambic pulse, which is sometimes the symptom of lines freshly learned. Perhaps it was the focus on clarity that kept me at bay. Either way, I wasn’t drawn.

Bottom (David Clayton) was, as always, all ego. But strangely quite serious (more office bore than stagey tyrant). It was left to Peter Quince (John Slade) to find the laughs, as he struggled with the rampant ‘look at me’. There was a definite sense that this dynamic had been wearing Quince down for years.

Likewise, the tricky relationship between Oberon (Lanre Danmola) and Puck (Tessa Carmody) stayed level for the most part. Their funniest and most telling scene was unspoken, as the lovers circled, and Puck dished out industrial confetti. It was also one of the night’s most inventive touches. And something I hankered for in other scenes.

Lysander (Max Kinder) was the biggest surprise, revealing humour in a character that I never knew was there. Yes, he was clear, but he was also relaxed with his words, giving them a newly-minted feel. Titania too, played by Ingvild Lakou, brought some necessary realness into her rhythms.

As the final scene played out – a mad masque in which the lovers had become entangled in the players’ own theatre – I was once again arrested. Also though, a little confused: what was I seeing and why? Goddamn the director that spoon-feeds and signals, but God-love the one that sets up an idea for me to enjoy its inevitable resolution.

The Dream is loved for good reason. It’s an endlessly interesting play, inviting all manner of focus and interpretation, stuffed with opportunities for comedy and violence, bountiful with sharp badinage and song. Even fairly straight readings can unearth new wonders, such is its richness of character and plot. Here though, in this production from Lazarus, much of that possibility feels missed. Sure, it’s mostly clear and often inventive. The iambic pulse is well-served and the cuts keep the pace alive, especially with the play’s final play-within-a-play scene. But the clarity of words isn’t always served by the performances. And the humour (for my taste) was sparse.

After hearing great things about their Edward II and Lord of the Flies, I was hoping for more from Lazarus. I wanted to love their take on this well-known tale. As it was, I often struggled with both the characters and the staging. Despite a few nice touches, I felt strangely distant throughout. I missed that giddy, chaotic joy that characterises most productions. Maybe it’s the trickiness of the text that did it: too much to bring together in a unique take. Or maybe comedy isn’t currently where Lazarus rise above the rest.