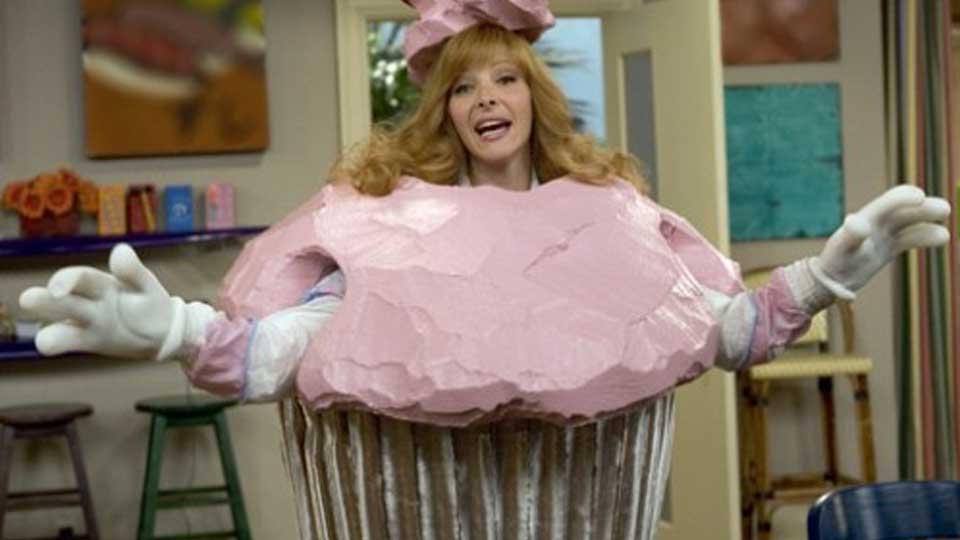 There’s nothing more frustrating than getting hooked on a show only for it to be cancelled.

Sometimes it happens way too soon, and sometimes it happens prematurely a few years down the line. The end result is inevitably loose ends, cliffhangers than never get resolved and fan frustration that they’ll never know how it all ended.

As Arrested Development is proving, you can’t keep a good show down and with shows having a variety of options a cancellation by the network doesn’t necessarily mean the end of the road.

With the recent slew of cancellations, including Body of Proof, Smash and The New Normal, we take a look back at 10 shows we wish were still on the air. Take a look at our list:

1. The Comeback. Our favourite cancelled show (possibly ever). Lisa Kudrow’s The Comeback was a show that people simply didn’t get. Filmed in a documentary style, the show followed the misadventures of delusional actress Valerie Cherish. Bitingly funny the comedy of embarrassment saw a stellar performance from Kudrow and introduced us to Malin Akerman and Kellan Lutz. Rumours suggest the show may come back via a Kickstarter campaign. Please let it be true!

2. Firefly. Perhaps the most baffling cancellation of all. Firefly came to an end after only one season but has found success on the big-screen with movie Serenity. The tales of Captain Malcolm Reynolds (Nathan Fillion) and his crew of renegades found a very loyal, but sadly not big enough, fan base. Created by Joss Whedon, the show still has a strong following today but will we ever see the crew back together again?

3. Brothers & Sisters. After investing in the show for 5 years we were pretty surprised when it just ended. No fanfare, no big finale, nothing. The story of the Walkers came to a close on a happy note but we thought there was more mileage to be had. We miss Kitty (Calista Flockhart), Kevin (Matthew Rhys), Nora (Sally Field), Sarah (Rachel Griffiths) and Justin (Dave Annable). We also miss our weekly dose of Gilles Marini.

4. Lipstick Jungle. After two seasons, the show was cancelled due to poor ratings. The biggest problem this show had was comparisons to Sex and the City, which it was nothing like. Starring Brooke Shields, Kim Raver and Lindsay Price, the show portrayed three powerful women in New York City. It also starred hotties Robert Buckley and Matt Lauria.

5. Popular. One of our favourite shows ever, Popular was co-created by Glee’s Ryan Murphy. Lasting only two seasons, the quirky school-based drama was ahead of its time as it depicted warring cliques having to get along when their two leaders find themselves becoming family. Leslie Bibb and Carly Pope led the cast with strong turns from Christopher Gorham, Leslie Grossman and Tammy Lynn Michaels.

6. Don’t Trust The Bitch in Apartment 23. Technically the show hasn’t been officially cancelled but it’s pretty certain it won’t be coming back. James Van Der Beek proved he could do comedy by starring as a mock version of himself. We genuinely thought the show was one of the funniest on TV and we loved Chloe (Krysten Ritter) and June’s (Dreama Walker) dysfunctional relationship as they learned to live together despite being polar opposites.

7. Dirt. Courteney Cox returned to TV for the first time since the end of Friends as cut-throat magazine editor Lucy Spiller. The dark show displayed a different side to Cox’s talents but apparently no one wanted to see her do anything other than play Monica Geller. Ian Hart, Josh Stewart and Jeffrey Nordling also starred.

8. Ugly Betty. After four years of comedy/drama Betty Suarez departed the airwaves in 2010. The show brought a weekly dose of hilarity bolstered by a strong cast including America Ferrera, Vanessa Williams and Eric Mabius. Sure it lost a bit of steam by season three but it was still one of the most bonkers and colourful shows on the air.

9. Young Americans. Dawson’s Creek spin-off Young Americans was cancelled after only 8 episodes. Focusing on Will Krudski (Rodney Scott) and his friends, the show introduced us to the amazing talents of Ian Somerhalder, Kate Bosworth and Katherine Moennig. Depicting life at an elite school, the show didn’t get embraced by Dawson’s Creek fans as expected so the show was canned.

10. Dirty Sexy Money. Lasting only two seasons, this tale of a lawyer hired to look after one of New York’s wealthiest families should have been ratings gold. Not only did it star Six Feet Under’s Peter Krause but it had legend Donald Sutherland in it too. It also introduced us to Seth Gabel who has gone on to be a TV favourite. Sadly it didn’t pull in the viewers and the Darlings were taken out of our lives.

Did we miss any of your favourite shows? Let us know by leaving your comments in the usual place.