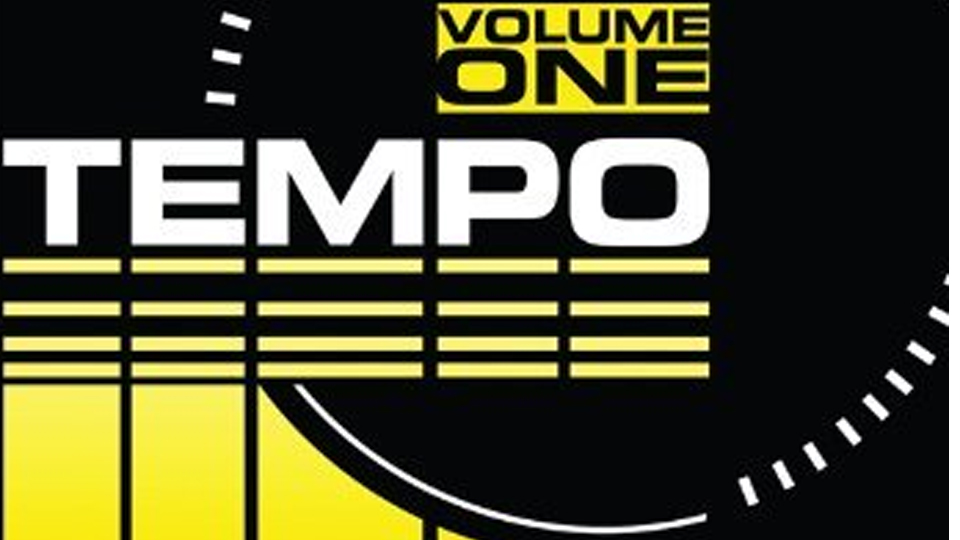 This release of Tempo, the groundbreaking ITV arts programme, contains episodes from the series’ infancy in the early 1960s.

The edginess is detectable immediately, from the bizarre titles and the way the episodes are shot, with plenty of lingering, detailed camerawork. It’s no surprise to see Mike Hodges’ name on the producer credit. The brilliant but erratic visionary would go on to direct Get Carter.

The premise of Tempo was to present, in fairly short episodes usually coming in at under twenty-five minutes each, a profile of a prominent or rising artist, covering every discipline. From that flexible remit, a remarkably diverse and entertaining series flows.

It’s likely that not all the featured artists will be of interest to every viewer, and some of them are largely forgotten. However Tempo had its finger on the pulse, best-illustrated by a profile of a twenty-three year-old Welsh pop star by the name of Tom Jones. It’s interesting to see the young, acne-ridded Jones at the start of his career, immediately before establishing himself as a lasting force in the music industry.

One of the most enjoyable segments is with the then-fifty year old Orson Welles, who was at the period making films in Europe to escape the Hollywood system. Welles, often quite serious in later life, is constantly giggling and making jokes at his own expense, whilst chomping on a fat cigar. He’s delightfully witty and sarcastic – the often floundering interviewer simply isn’t a match for him – and the master storyteller holds court.

Compare the confident, relaxed and effusive Welles to the awkward interview with young British playwright Harold Pinter. The latter adopts the exaggerated RP accent that to contemporary ears, sounds absurd and affected, and is horribly guarded throughout. He’s at his most interesting talking about his Jewish heritage, and his rejection of religious belief; but the stilted and unconvincing duologue is saved by scenes from Pinter’s plays, which feature great actors such as Ian Holm and the late John Normington. For all that Tempo was cutting-edge, it’s this kind of throwback to an epoch that was dying at the time that reveals British culture didn’t change overnight.

The jazz musicians fare rather better. There’s an exceptional portrait of Duke Ellington, including stunning footage of him playing piano. Whilst the time is rightly afforded to his music, there’s also an interesting exchange when the interviewer asks him about the civil rights movement, which was gathering force at the time, a good six years before Martin Luther King’s assassination. Ellington, who with his band had refused to play in the Southern US states over their mistreatment of black people, gives the response that he doesn’t march because someone told him he should stick to his music. It’s a fascinating glimpse into how unpopular the civil rights movement was amongst conservatives.

Legendary British jazz musician Stan Tracey also enjoys an airing. Flush from his success with the Under Milk Wood suite, the cameras capture him, with his band, during the recording of Alice in Jazzland. This is a must-see episode for devotees of British jazz, and an insight into how albums were recorded in the early 1960s.

As if to prove the cutting-edge nature of the series, there’s an instalment on Danny La Rue, in which the female impersonator is followed around from his nightclub in London to the theatre where he’s performing as a pantomime dame. Zero Mostel, the Jewish comedian best-remembered as the star of Mel Brooks’ The Producers, makes for a lively and hilarious subject too. And no exploration of the arts would be complete without a contribution by a Frenchman – hence notoriously unprolific filmmaker Jacques Tati is another subject.

There is a small amount of rubbish along the way. A student film is unremittingly self-indulgent, and best avoided.

This compilation ends with a bit of an oddity. Somewhat removed from the arts scene (or tangential to it at best), an episode is offered up to RD Laing, the Scottish psychiatrist, in which he offers medical knowledge about the effects of a variety of narcotics on the human brain. This inevitably leads to some delicious psychedelic camerawork that would quickly become the staple of the period. Fascinating, nonetheless.

As these programmes are now over half a century old, they are naturally made in black-and-white, and the picture quality is variable, though on the whole perfectly watchable. You’d be advised to turn the volume up to accommodate the mono sound, but beware that the StudioCanal theme that plays in each episode is consequently aggressively loud.

Tempo provides a fascinating insight into the arts world of the early 1960s, inarguably the decade that burgeoned creativity and the possibilities of art more than any other in living memory. The series provides historical glimpses of the legends of the era, the majority of whom (Stan Tracey and Tom Jones aside) are now dead. Tempo is a goldmine for devotees of the 1960s arts scene, and for historians of popular culture. Hit and miss, but with enough palpable hits to earn the thumbs up.