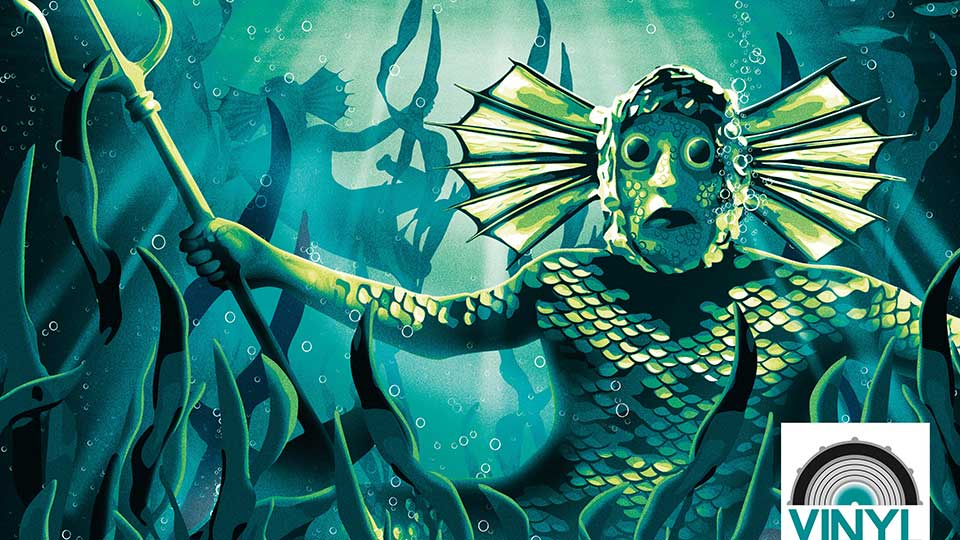 Demon Music Group presents The Underwater Menace, the fifth serial in the fourth season of Doctor Who. Originally broadcast in 1967, the story starred Patrick Troughton as the Doctor, with Anneke Wills as Polly, Frazer Hines as Jamie and Michael Craze as Ben. Currently only two of the four episodes are known to exist in the BBC archives, but thankfully the soundtrack of all four episodes can still be enjoyed. It will be released on 29th May and is available now for pre-order.

The TARDIS arrives on a volcanic island above the lost city of Atlantis. The Doctor learns of Professor Zaroff’s insanely dangerous plan to raise the city of Atlantic from the depths of the sea once more. Whilst Ben and Jamie are put to work in the mines, and Polly is set to be transformed into one of the strange, enslaved Fish People, the Doctor must do everything he can to prevent Zaroff causing the end of the world.

The Underwater Menace guest-stars Joseph Furst as Zaroff, giving a wildly but enjoyable over-the-top mad scientist performance. It also features celebrated character actor Colin Jeavons. This is a unique opportunity for fans to enjoy the partially-missing classic in a whole new way.

The Underwater Menace is presented across 2 x 140g ‘volcanic eruption’ vinyl discs and is narrated by Anneke Wills. Incidental music is composed by Dudley Simpson, and the Doctor Who theme is courtesy of the BBC Radiophonic Workshop. The coloured vinyl LPs are presented in a fully illustrated gatefold sleeve showing cast and credits, with inner bags featuring complete episode billings.