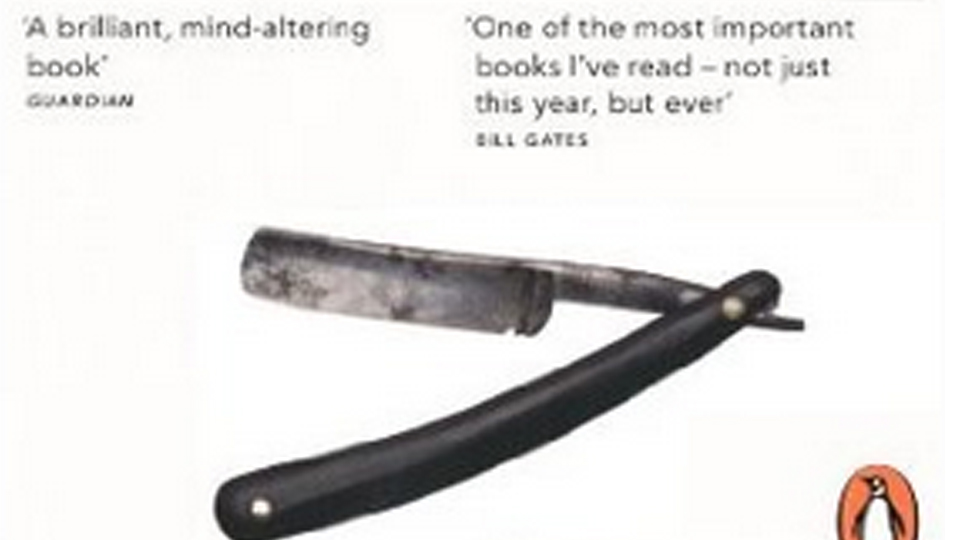 A book charting the history of human violence that argues we’re living in relatively peaceful times, especially a tome as dauntingly thick as this, may seem at first glance like a combination between absurd wishful thinking and a long academic slog. The truth is that The Better Angels Of Our Nature is magnificently written and researched, and presented in thoroughly-engrossing prose, rich with evidence and ideas. As I neared the conclusion I didn’t want it to end!

Psychologist Steven Pinker has established himself as one of the best and most persuasive popular science writers with previous works such as The Blank Slate, an examination of the nature/nurture debate, marking him out as a leading intellectual who is unafraid of courting controversy in the search for truth. His dissection of human violence, he several times reiterates, is analytical and irreverent, to avoid the pitfall of piety and misunderstandings that so often surround it.

In a world where we live in the threat of terrorism, where western armed forces fight seemingly endless wars on the other side of the world, where religious fundamentalism blights countless millions of lives, and where the news is invariably led by depressing stories of cruelty and abuse on our doorsteps as much as elsewhere, Pinker has a hard sell on his hands in convincing anyone that humanity is becoming less, and not more violent. This explains the thickness of the book, as, including notes and the index, it just tips over the thousand-page mark.

The Better Angels Of Our Nature can be loosely divided into two, since the first five hundred pages or so set out the evidence for a decline in violence in human societies, with plenty of graphs and charts along the way; whereas the final three hundred or so pages (the references and index take up a centimetre of paper in themselves) assume the conclusion has been demonstrated to be correct and instead look for explanations as to why violence has declined. In some ways, it’s a tricky transition to make, because the first part of the book deals with ideas we’re all familiar with such as education, the Age of Reason, scientific knowledge, the sharing of ideas and the decline in superstition; but the chapter Inner Demons goes into our understanding of the workings of the brain, which is arguably a more challenging narrative (with some never-easy anatomical names) to grasp.

A good way of deciding if The Better Angels Of Our Nature will appeal to you is to read any paragraph entirely at random. There’s a good chance you’ll unearth a gem of wisdom or a startling fact that may make you think again about your understanding of human nature. What’s even more appealing is Pinker’s magnificent prose which mustn’t be understated: put simply reading his words is an unbridled joy and completely addictive. As such, you’ll likely find yourself breezing through the pages of The Better Angels Of Our Nature as if it’s a gripping thriller.

The squeamish should be warned – there are some stomach-churning descriptions in the book, especially when it comes to medieval torture instruments and devices often used by the Spanish Inquisition on its victims. There’s a particularly unsavoury first-hand account by William Lithgow of what it’s like to be on the rack.

With recorded human history only dating back ten millennia or so, Pinker arrives early on in his narrative at the writings many over the world still credit with being the basis of our morality – the Tanakh and the Christian New Testament. With great assiduousness, Pinker dissects the problem with religiously-inspired morality (we no longer condone slavery, sacrifice tribes of rival gods or force our daughters to marry their rapists as recommended by the aforementioned religious texts) with as much clarity as Richard Dawkins. In fact, later sections in the book about altruism and cooperation amongst our fellow mammals has the same cooling zoological rationale as many a Dawkins tome, where an understanding of how brains work and the nature of empathy provides shared ground between the biological sciences and psychology.

Why is it the case that slavery came to be abolished, that we are sickened by the mere thought of the bloodthirsty gladiatorial combat that was the mainstay of Roman arena entertainment two millennia ago, and that we no longer believe in witches, let alone burn women suspected of supernatural wrongdoing? Tracing the historical route through from the barbarism of the ancients through to the relative cruelty and bigotry of even recent generations (as he later explains, the Victorians were entertained by cat burnings and treated their children in ways that would now see their offspring taken into care), Pinker examines the revolutions that have occurred in human thought and the organisation of societies that have led to our current state of abhorring violence. Delightfully, Pinker extols the profound breakthrough of humans learning to accept that ‘shit happens’, as well as explaining how the growth of cities, reasoned argument from the Enlightenment onwards, and the rapid and increasing ability of humans to spread ideas and stories amongst one another has led to greater standards of education and (a trait Pinker asserts is over-rated) empathy.

Students of recent sociological changes will find much of interest in the chapter The Rights Revolutions, in which Pinker links such apparently disparate causes as feminism, civil rights, children’s rights, gay rights and animal rights, and demonstrates that the views of overall populations in the west have become radically more tolerant and liberal in recent decades, with even conservatives eventually catching up. It’s the sort of subject matter that entire books have been written about, but Pinker’s economy of discourse is one of his most impressive attributes.

It’s impossible not to be at least partially persuaded by Pinker’s argument on the decline of violence. It is a hopeful book, but the author doesn’t set out his argument with rose-tinted zeal or any real optimism, rather with clinical analytical precision, with no certainty that our relatively peaceable times are here to stay indefinitely. The Better Angels Of Our Nature unites so many fascinating topics and sets out such a compelling argument that the reader can but marvel at Pinker’s understanding of human nature and his ability to convey his subject to lay readers in such exciting and exhilarating prose. Ultimately, it’s a fascinating insight into the mind of one of the great intellectuals of our age, and a work that is destined to endure as a classic of our times.

In this article:Popular Science, Psychology, Steven Pinker, The Better Angels of Our Nature