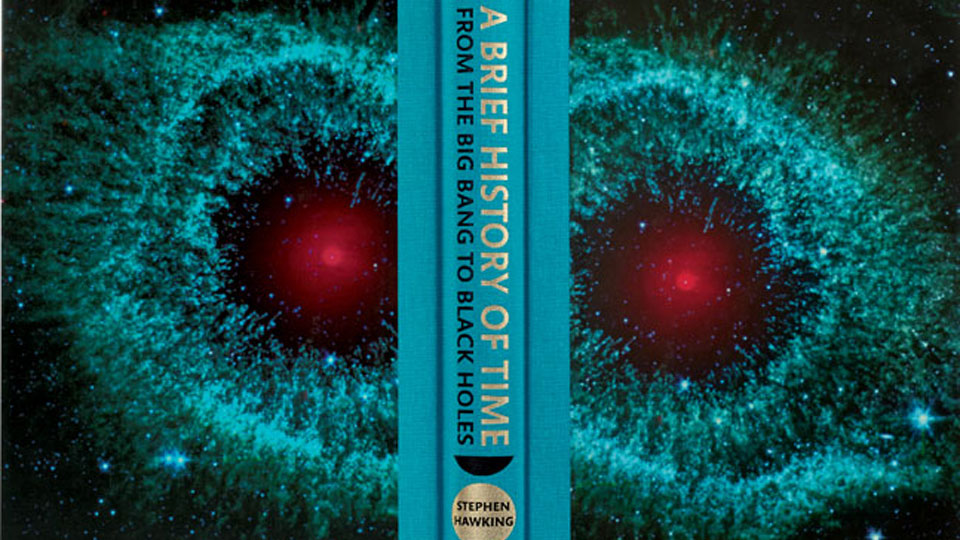 Full disclosure is that this reviewer has read A Brief History of Time a few times previously. When I was sixteen I knew a lot of science, but didn’t finish the book. I tried again when I was thirty. I had forgotten most of the science I knew when I was sixteen but I had read far more literature. That time, I could not put the book down. Returning to it a third time has made me realise that I was right the second time around.

Stephen Hawking’s masterful tome is as concise as a poem and just as beautiful. It is a magisterial work that sets out our recent (the book was first published in 1988) understanding of the biggest questions we have, whilst exploding our day to day concept of what time is and how it works. If you really want to know how physicists have exploded our view of what constitutes reality in the last century or so, A Brief History of Time is the perfect place to start.

Wisely heeding advice from his publishers, Hawking steers clear of daunting equations and horrible-looking mathematical formulae that often creep across the page like spiders in other science books about physics, instilling a sense of panic in lay readers. You’ll find Einstein’s famous equation relating to relativity here, but that’s it. Instead, Hawking narrates the origins of the universe, the existence of black holes (Hawking’s specialist subject where there’s no mistaking his enthusiasm) and the malleable nature of time as if talking to you over dinner. Once you’re hooked, you stay hooked. Hawking turns out to be a master storyteller, with quite the story to tell.

If you’ve ever thought that time is a universal concept, experienced in the same way in all parts of the universe, then this is the book to shatter your delusion. Black holes take on a special significance because, as Hawking explains, the way we make sense of things breaks down entirely once you cross an Event Horizon. Are there really places at the centre of galaxies where time has no meaning? Scarily, yes. But it’s also thrilling to be taken on a cosmological journey, even if your head spins like you’re in zero gravity at times.

Whilst our knowledge has moved on since the original publication of the book – we now have a more refined idea of the age of the universe than was known at the time Hawking was writing, and we recently learned that the universe will continue to expand and not contract, which would have made for a different third chapter, “The Expanding Universe”, not to mention Hawking’s own further work on black holes and radiation; the general thrust of the book remains relevant, and is testament to Hawking’s achievements and the progressive nature of science that our knowledge never stands still.

The Folio Society’s new edition retains all of the original on-page illustrations, which help to conceptualize the big ideas, but it also adds full-colour inserts of stunning astronomical photography from the likes of the Hubble Telescope which greatly increase the aesthetic appeal and shore up the big ideas.

The only shame about this edition of the book is that it doesn’t have Carl Sagan’s original introduction, presumably on copyright grounds. To make up for it, uniquely to this release, it has instead a foreword by Astronomer Royal Martin Rees, who, as another expert in black holes and a great populariser of science, and someone who has known Hawking since they were studying for their PhDs in the 1960s, is the ideal replacement.

Any passionate reader must add A Brief History of Time to their list and ensure they lose themselves in it at least once in a lifetime. The book is short, accessible and beautifully written. Most importantly, it is mind-blowing, and an incredible insight into a modern day genius’s work. If you don’t normally read popular science books: make sure this is the title you choose.

Check out the book on The Folio Society.