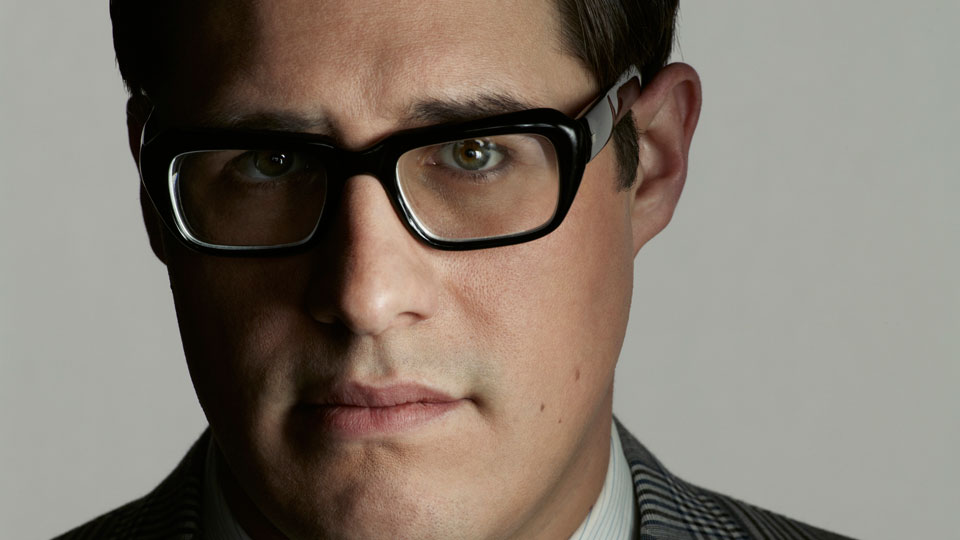 Whilst lots of people have their eye on the leading characters, we’ve always harboured a lot of love for Harry Crane played by Rich Sommer. The head of the agency’s TV department, Harry is often a scene stealer and always brings subtle comedy to the show.

We caught up with Rich to talk about the new season, discuss the long delay between seasons four and five, and to find out what it’s like on the Mad Men set.

Season Five of ‘Mad Men’ is underway. What can we expect from this season?

From here on out, it just get more and more intense. I love this season’s scripts.

We’ve seen Harry trying to bond with Don in a recent episode. How do you think that relationship will develop?

Well, Don’s opinion of Harry seems to be fairly firm. I don’t think signing an unknown band that he thought was The Rolling Stones helped Harry’s case at all.

‘Mad Men’ took a break between its fourth and fifth seasons. Was that experience a frustrating one for you?

It’s always hard to sit on my hands in between seasons. I try to remain busy, but I am always very eager to get back. This break was much longer than any of the others. I certainly hope we don’t repeat that.

What’s been your favourite moment for Harry throughout ‘Mad Men’ so far?

It’s probably a toss-up between the White Castles in Don’s car this season, and the underwear scene with Don at the end of season one. As far as the writing goes, I’ve never gotten to say anything as lovely as what I said about the Lascaux cave paintings and college photography — all while sitting there in my underwear. Pretty fantastic.

‘Mad Men’ always looks like so much fun to film. Tell us a bit about shooting of the show.

It is beyond fun. We have now been together for five years, and the camaraderie and inside jokes run deep. It’s a very social group. I usually stay for a bit after wrapping just to play dominoes or listen to stories. I’ve come in on days I wasn’t called, just to see my friends. It’s a remarkable place to work.

You did some voice work for ‘L.A. Noire’. How did you get involved and what was that experience like?

The casting directors for Mad Men also worked on L.A. Noire. Not surprising, I guess, when you look at how many of us popped up in the game. It was a weird experience. I was acting with Aaron Staton, which is nothing new, but the wetsuits with ping pong balls all over were a new thing.

We hear you’re a keen board gamer. What do you love about them so much and which is your favourite?

I don’t know what I love about them. I hate math, and they’re basically just prettied-up math problems. But they do grab me. It’s a chance to use your brain in a very different way, and to simulate competition where very little actually exists. I have a very weird philosophy about games. My favorite is probably Die Macher, a game based on the German political system. It is absolutely beautiful.

What have you got planned for the rest of 2012?

Right now, I’m in New York, rehearsing for the Broadway revival of Harvey. I’ll be here through the summer, then it’s back to LA for more Mad Men. Hopefully. I never really know what’s coming.

‘Mad Men’ continues on Sky Atlantic on Tuesday at 9pm.

In this article:Mad Men, Rich Sommer