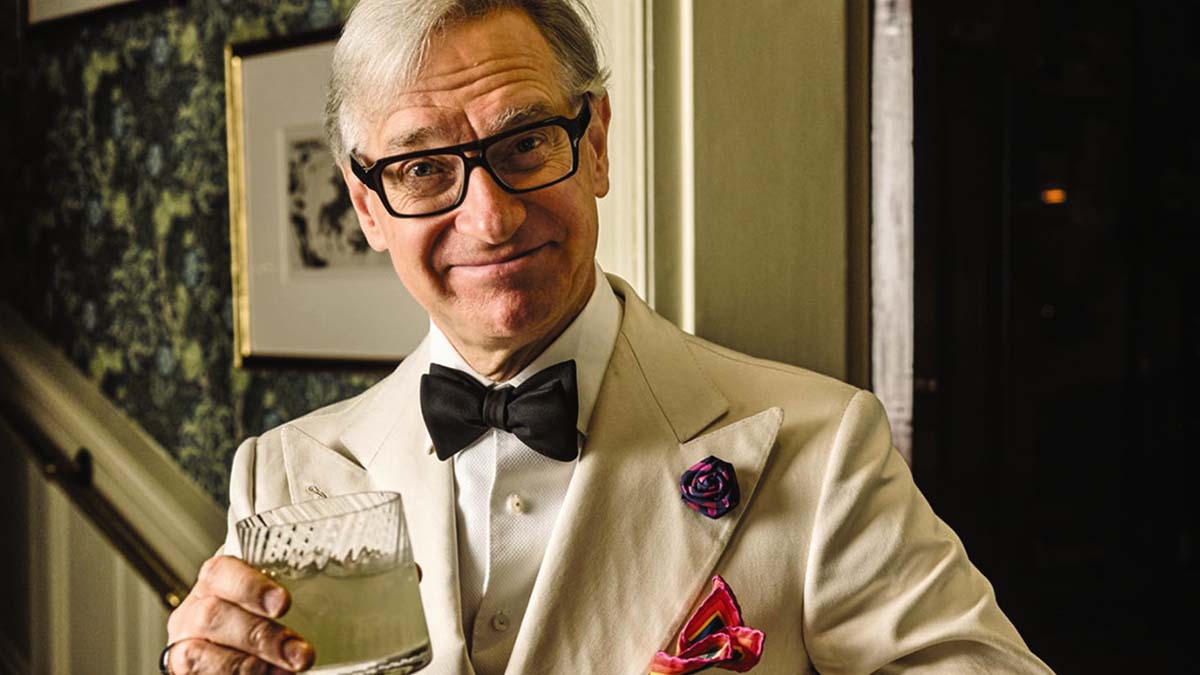 Hollywood director Paul Feig is best-known for his cult TV show ‘Freaks & Geeks’, his iconic comedy ‘Bridesmaids’ and his audience dividing all-female take on ‘Ghostbusters’. During the pandemic, Feig showed a different talent when he took to Instagram for a daily live series called ‘Cocktail Time!’. For 100 days, he made cocktails live to raise money for first responders, essential workers and COVID-19 charities. Feig also has his own award-winning brand of gin, Artingstall’s Brilliant London Dry Gin, so when it comes to making cocktails, he definitely knows what he’s talking about.

With Christmas around the corner, it’s the perfect time for Feig to release his tie-in book ‘Cocktail Time!’, which is so much more than just a bunch of cocktail recipes for a quick cash-in. Subtitled ‘The ultimate guide to grown-up fun’, ‘Cocktail Time!’ is essentially a bible for all those budding mixologists out there. Before diving into the recipes though, Feig takes time to talk you through how to enjoy alcohol, in terms of the setting, the mood, the food you serve and the way you serve your drinks. There’s a handy guide to setting up your own bar, and Feig’s genuine affection for throwing an old Hollywood glamour-style gathering is evident.

One of the things I particularly love about this book, is the time, care and attention that has so clearly gone into it. This isn’t a quickly thrown together book, Feig has poured his experience, memories and expertise into every single recipe. Starting with the Martini, Feig sets out his stall as a man happy to give the reader choices, while sharing his own personal preferences. There are 100 recipes in ‘The Cocktail 100’ section, which is more than enough to keep you occupied as you work through them. Technically if you copy Feig’s Instagram spree, you can do one a day for 100 days (but I’m guessing your liver won’t thank you for it).

There are so many inspiring recipes to choose from in the book, it’s simply not possible to mention every one but I’ll pick out a few. Each recipe is accompanied by a song suggestion to play while drinking it, which adds a nice touch and the first one to really catch my eye after the Margaritas and Martinis is the ‘Hot Pants!’ cocktail, a combination of peppermint schnapps, tequila and grapefruit juice. You wouldn’t think those flavours would work but they absolutely do! The delightfully creamy ‘Brandy Alexander’ mixes dark crème de cacao  with heavy cream and brandy, for a warming and indulgent cocktail, while the beautifully pink ‘Stanley Cocktail’ mixes gin, rum and grenadine for a very moreish combination.

Following ‘The Cocktail 100’ Feig shares his own recipes, often inspired by the shows and films he’s worked on over his career including’ Bridesmaids’ and ‘Zoey’s Extraordinary Playlist’. There are also recipes for special occasions such as Thanksgiving and Christmas, so there’s plenty of new ideas for you to try out over the coming weeks. The final section of the book is recipes from Feig’s celeb pals including Henry Golding, Alison Janney, Jenna Fischer and Charlize Theron.

‘Cocktail Time!’ is a surprisingly in-depth book that is so much more than just simple recipes. I learned a lot through Feig’s stories and it was especially interesting to look through his own creations and learn about the inspiration behind them. There are lots of cocktails here that I’ve never heard of so I’ll definitely be brushing up on my skills over the coming months, and what better way to start than at Christmas time?

In this article:Cocktail Time!, Paul Feig