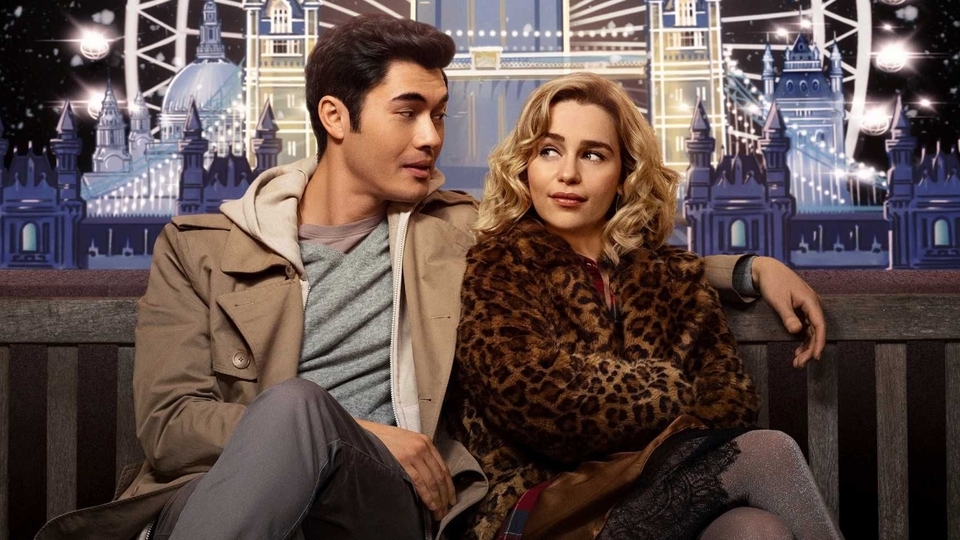 If there’s one thing I love, it’s a good Christmas movie. And a good Christmas rom-com is even better! With the peerless Love Actually being the benchmark for this genre, excitement certainly grew when news of Last Christmas broke. A film co-written by Brit royalty Emma Thompson, with two of the hottest leads working in film today (Emilia Clarke and Henry Golding), with the director of Bridesmaids at the helm, and it uses a Christmas musical classic by Wham! as the inspiration for its story. What could go wrong?!

The frustrating thing about Last Christmas is that with a little due care and attention, this really could have been a seasonal classic to be revisited year on year. But with a widely uneven script, a twist that you can see coming a mile off and some shoehorned-in music that doesn’t always fit, Last Christmas is a festive treat that should have tried a lot harder. It’s an enjoyable bit of escapist fun and will no doubt be a popular choice at your local multiplex at this most wonderful time of the year, but you can’t help but feel that this is a glaring missed opportunity to conjure up some really enduring seasonal magic.

The plot finds Emilia Clarke playing Kate, a young woman who is getting over a trauma that left her in hospital. Since her life-changing operation, she hasn’t felt quite right and is coasting through life in a non-committal way. Her mother Petra (Emma Thompson) worries for her and her uptight sister Marta (Lydia Leonard) is increasingly losing patience with Kate’s choices. So is her employer ‘Santa’ (Michelle Yeoh), who runs a small independent Christmas shop in Covent Garden. Then one day, Kate meets a strange man named Tom (Henry Golding) outside her work and they instantly hit it off. Could Tom be the Christmas miracle she needs to get her life back on track?

It must be said that both Clarke and Golding are very good in this, and both deserved a much tighter script that played to their obvious strengths. Clarke is warm and welcoming, easily carries the weight of the film on her shoulders and handles the comedy perfectly. Golding proves to be her perfect foil, becoming yet another dashing love interest (after stellar work in Crazy Rich Asians). Their chemistry is the film’s saving grace, and the two simply sparkle with rom-com magic.

The supporting cast are mostly ok. Emma Thompson gives herself the best lines as Kate’s tradition, long-suffering mother. Her Brexit speech towards the end is utter gold though for its final line, as is her description of a dessert (which got the biggest laugh in the cinema). Kate’s sister Marta is basically ripped straight from Phoebe Waller-Bridge’s Fleabag, with Lydia Leonard basically doing her best impression of Sian Clifford’s character. Not enough time is given to fleshing out Kate’s family dynamic in Last Christmas so it’s hard to feel anything for them. Michelle Yeoh is as reliable as always but her quite bizarre side-story with Peter Mygind’s love-struck businessman just feels half-baked.

I found a lot of Paul Feig’s work on Last Christmas disappointing. The film is broadly shot ok, with the capital shimmering in the Christmas lights. But there are some pivotal scenes that are angled really poorly, with cuts and scene-ends that just feel rushed and ill-thought out. There’s no natural flow to the film, and given the easy visual wins that London gives you in December, I think Last Christmas doesn’t utilise its canvas as well as it should have.

It’s safe to say that the majority of music from Wham! and George Michael has been shoved into the film in a really ham-fisted way too. Of course, the theme ‘Last Christmas’ is utilised well, but the rest of the songs are just thrown around in scenes without any due care or attention, and often don’t relate to anything you are watching onscreen. Andrew Ridgeley shows up for a blink-and-you’ll-miss-it cameo right at the end, but doesn’t have any lines which is a shame.

Despite its numerous shortcomings, Last Christmas still provides a perfectly pleasant night at the movies, with a great cast and some decent laughs scattered around. But it’s all so forgettable and flimsy that you can’t help but feel short-changed when all is said and done. Last Christmas is a gift that will brighten up a few hours but won’t leave a mark, and for that I’m really disappointed given the talent involved and the potential it had laid begging.