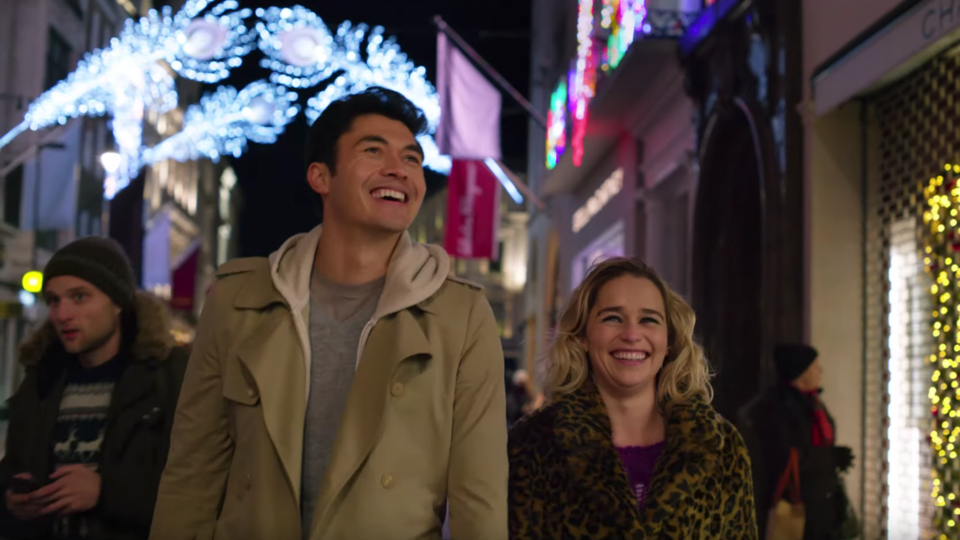 The humble British rom-com returns with a bang next month as Last Christmas finally arrives in cinemas. A brand new clip from the movie has just been released starring Emilia Clarke, fresh from her success from Game of Thrones, alongside Henry Golding.

Hitting cinemas on 15th November, Last Christmas uses the music of Wham! and George Michael as its foundation to tell a comedic love story set in London. The film is directed by Bridesmaids supremo Paul Feig and the original story is written by Brit national treasure Emma Thompson (along with her real-life husband Greg Wise). This was then adapted into the screenplay, which was penned by Thompson along with Bryony Kimmings.

Now, British rom-coms are quite hard to get right, let alone adding a seasonal twist to things. Whilst we don’t think Love Actually will ever be topped as the greatest Christmas rom-com of all time, we are very excited to see how Last Christmas fares!

The new clip released features Emilia Clark and Henry Golding’s characters Kate and Tom as they say goodbye to one another after, presumably, a very fun night out in London. A bus driver impatiently waits as they say goodbyes, and Tom urges Kate to ditch her mobile phone to really de-stress her life.

The main synopsis for the film finds Kate (Emilia Clarke) navigating around London, a bundle of bad decisions accompanied by the jangle of bells on her shoes, another irritating consequence from her job as an elf in a year-round Christmas shop.

Tom (Henry Golding) seems too good to be true when he walks into her life and starts to see through so many of Kate’s barriers. As London transforms into the most wonderful time of the year, nothing should work for these two. But sometimes, you gotta let the snow fall where it may, you gotta listen to your heart … and you gotta have faith.

Last Christmas features the music of George Michael, including the bittersweet holiday classic of the film’s title. The film will also premiere brand new unreleased material by the legendary Grammy-winning artist, who sold more than 115 million albums and recorded 10 No. 1 singles over the course of his iconic career.

The film is produced by BAFTA winner David Livingstone for Calamity Films, by Emma Thompson, and by Paul Feig and Jessie Henderson for Feigco Entertainment. The film is executive produced by Sarah Bradshaw.

Check out the Last Christmas trailer below;