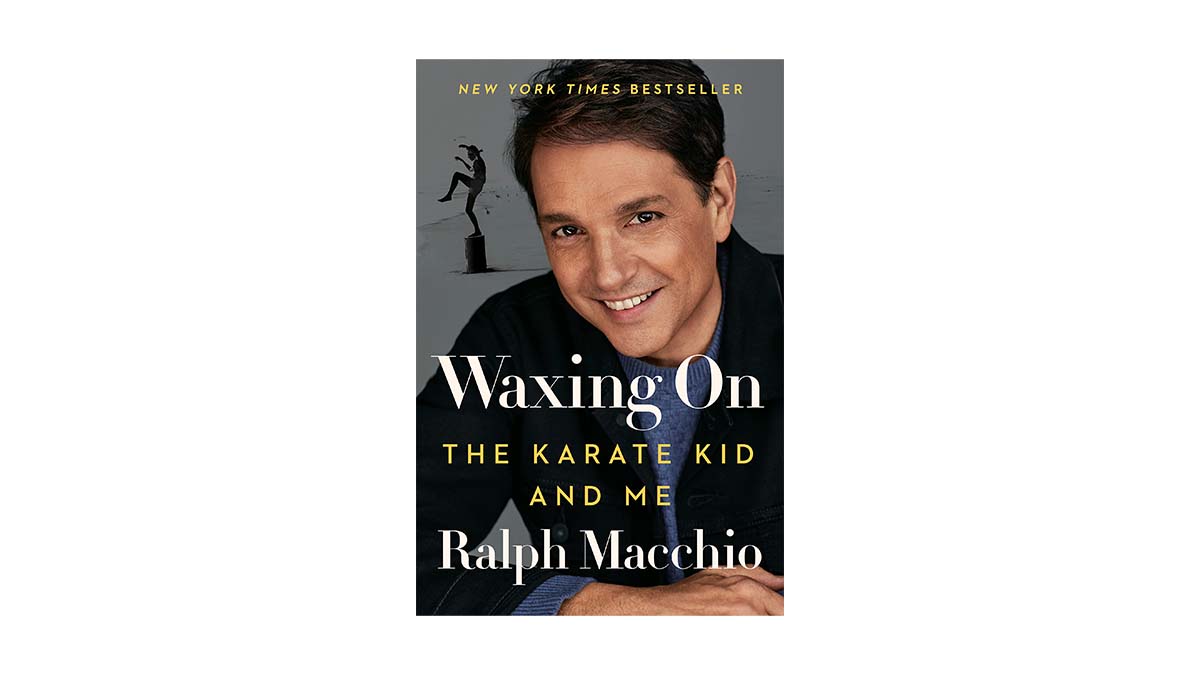 ‘The Karate Kid’ and ‘Cobra Kai’ star Ralph Macchio has released his autobiography ‘Waxing On: The Karate Kid and Me’ and we’ve got three copies to give away!

‘The Karate Kid’ hit silver screens in 1984… and it was immediately clear that the film’s influence on pop culture would far surpass what anyone imagined, including the Karate Kid himself, Ralph Macchio.

The film was a global sensation and Ralph Macchio, playing Daniel LaRusso, would become one of the most famous children on the planet. Not only did ‘The Karate Kid’ spawn two sequels, but its fame and status continues to climb in the 21st century with ‘Cobra Kai’. Now in its 4th season (with a 5th on the way), ‘Cobra Kai’ has taken television by storm and has introduced Daniel LaRusso to a whole new audience. Now, in his first book, Macchio reflects on a lifetime of walking in “The Karate Kid’s” shoes and the massive impact that the movie had (and still has) on pop culture and his own life.

After the film crane-kicked its way into the hearts of viewers in the 80s, Ralph Macchio became synonymous with Daniel LaRusso, the film’s iconic underdog hero, a role he has been proud to represent ever since. In ‘Waxing On’, Macchio writes about why the legacy of ‘The Karate Kid’ endures, what it was like being the face of a global franchise that inspired so many, and how ‘The Karate Kid’ universe changed the course of his life forever.

From the original classic to modern remakes and the hugely popular new series, ‘Cobra Kai’, ‘The Karate Kid’ is part of the pop culture fabric and it’s still evolving. Frequently the #1 ranked Netflix show, ‘Cobra Kai’ brings back characters from the original movie and introduces new heroes into the universe. Even four decades later, it’s clear that the appetite for ‘The Karate Kid’ and the wholesome themes it embodies – standing up to bullying, mentorship, and perseverance – never went away.

‘Waxing On’ also offers readers a glimpse into Macchio’s wider career and life philosophies. Macchio penned the book himself in his trademark conversational, easy-going style, letting readers in on what it was really like going from being an innocent kid from Long Island (where he still lives to this day) to one of the most recognisable actors in the world. He reflects on why the characters and themes in the original classic have endured in such a powerful way and why keeping ‘The Karate Kid’ ideals alive is so important to him.

To celebrate the release, we’ve got 3 copies of ‘Waxing On’ to give away. Enter below for a chance to win…