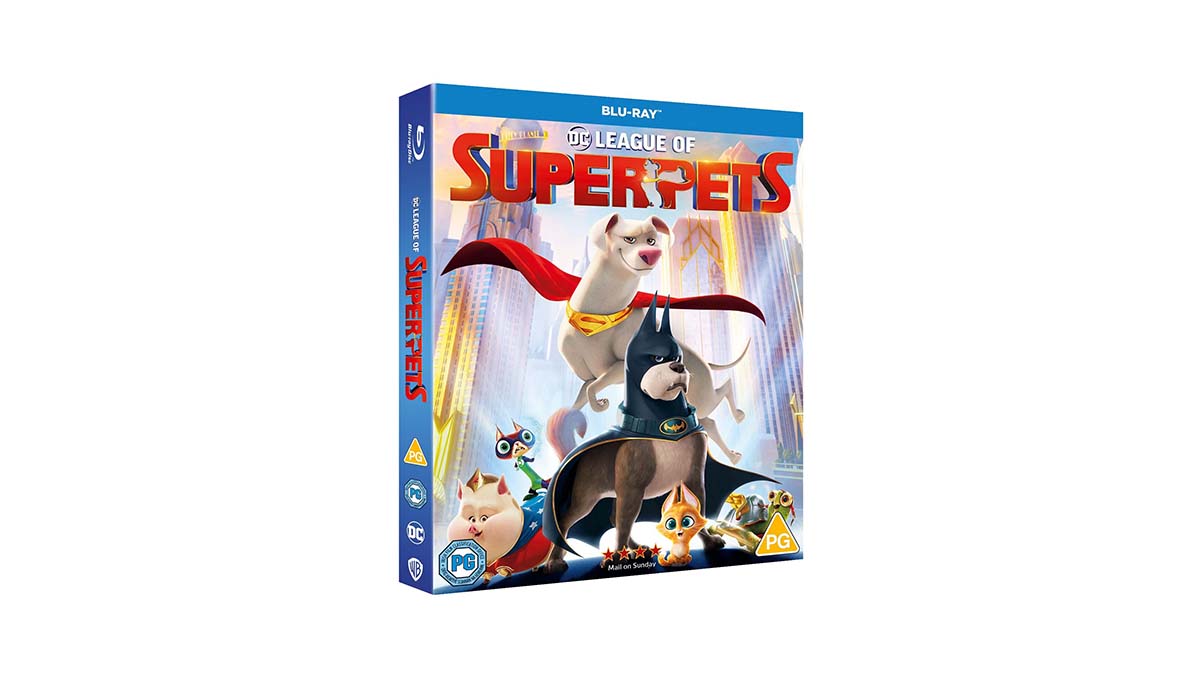 Experience a funny and fun-filled, action-packed adventure featuring the DC canon’s unsung heroes, Krypto and Ace, when ‘DC League of Super-Pets’ arrives on Blu-ray and DVD from 10th October.

The film is directed by Jared Stern from a screenplay by Stern and John Whittington, based on characters from DC, and Superman created by Jerry Siegel and Joe Shuster, starring the voice of Dwayne Johnson (the ‘Jumanji’ films, ‘Moana’). The film is available to own on Digital now.

In ‘DC League of Super-Pets’, Krypto the Super-Dog (Dwayne Johnson) and Superman (John Krasinski) are inseparable best friends, sharing the same superpowers and fighting crime in Metropolis side by side. When Superman and the rest of the Justice League are kidnapped, Krypto must convince a rag-tag shelter pack—Ace the hound (Kevin Hart), PB the potbellied pig (Vanessa Bayer), Merton the turtle (Natasha Lyonne) and Chip the squirrel (Diego Luna)—to master their own newfound powers and help him rescue the superheroes.

‘DC League of Super-Pets’ is available on Digital, Blu-ray and DVD now via Warner Bros.

To celebrate the release we’ve got two copies of the film on Blu-ray to give away. Enter below for a chance to win…

In this article:DC League of Super-Pets